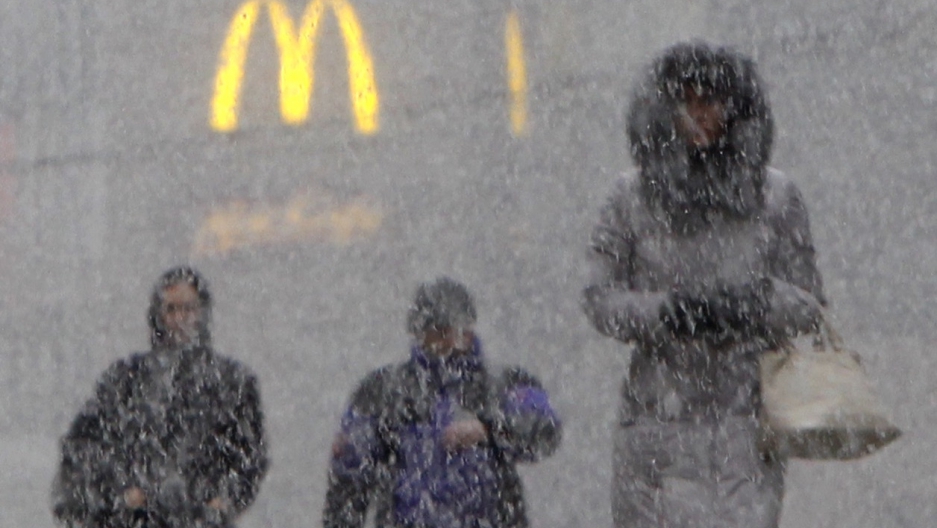 Thanks to collapsing oil prices and Western sanctions, Russia’s currency is tumbling and its economy is shrinking, sparking concern and anxiety among ordinary citizens.

But there’s at least one person who’s feeling fine about it all: Ronald McDonald.

The famous fast-food chain has announced it will open 60 new McDonald’s restaurants in Russia this year, reflecting continued profitability despite the country’s economic downturn.

So what’s the secret? Khamzat Khasbulatov, president of McDonald’s Russia, says local products were key to keeping its business in Russia humming all last year.

Relying on local suppliers, which provide 85 percent of the restaurants’ goods, helps reduce costs and avoids volatile currency fluctuations. Khasbulatov said McDonald’s Russia plans to replace all its imported products with homegrown substitutes in the next two years.

Since Moscow banned the import of many Western goods in response to economic sanctions by the West, officials have played up the idea of “import substitution” — replacing international suppliers with domestic industry for key goods and services.

Last year, McDonald’s opened 59 new restaurants in Russia, part of more than 500 in business. It’s even spreading throughout far-flung Siberia.

The American fast-food chain hasn’t always had it easy in Russia.

In 2014, officials launched snap regulatory inspections of McDonald’s restaurants across the country in what some observers said was a retaliation to Western sanctions. The authorities even temporarily shuttered the former Soviet Union’s very first McDonald’s, on Moscow’s Pushkin Square.

But Khasbulatov said the restaurants are back up and running and hitting their pre-closure targets.