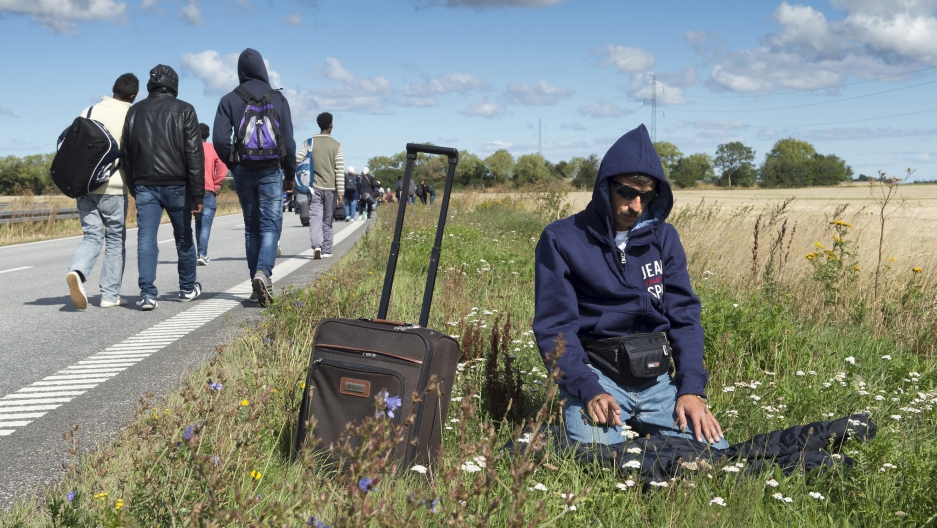 Migrants continue to arrive in Europe by the boatful, straining the resources some countries have to offer.

Refugees and assylum seekers who enter Denmark with cash and valuables worth more than $1,450, can now have those assets seized. The rule covers "non-essential" items that have no sentimental value.

And many in Denmark are appalled by the idea.

"It's very much a divider in Denmark," says Jesper Thobo-Carlsen, political editor for Politiken newspaper in Copenhagen. "Polls suggest that about half the population in Denmark support it. The other half is either indifferent or very much against it."

It shows a change in the attitudes toward migrants. No longer are they being welcomed with such open arms. "In Denmark, you could definitely detect an open atmosphere in September, October, when there was a sudden rise in the number of asylum seekers," he says. "This atmosphere is somewhat harsher now. And the political rhetoric is much harsher."

Calrsen says those who support the idea say it's to put asylum seekers in line with unemployed Danes, who have to sell assets above a certain level to continue receiving benefits. But this could also inflame tensions between out-of-work Danes and new arrivals looking for work. Essentially, the asylum seekers could be seen as people stealing jobs.

Another issue is, even when you seize another person's assets, they remain in limbo and could be prevented from finding work.

"You could certainly make the argument that as a tool of integration, this is counterproductive."

The tide of migrants has many on the continent calling for a rethink of the Schengen Agreement.

That's the landmark pact that eliminated the need for residents to carry passports when crossing the common borders of 26 European countries.

Constanze Stelzenmüller, a senior fellow at the Brookings Institution, says Schengen has reshaped Europe since it came into force in 1995.

She says the agreement is essentially too big to fail.

"This agreement and the ideas it embodies are so important to all of us that nobody in their right mind, except maybe some of the really right-wing fringe in Europe, would advocate abolishing it all together," Stelzenmüller says. "European businesses would be in an uproar. The trucks moving goods back and forth, for them to have to wait in front of a border in mile- long lines, that would not make anybody very popular."