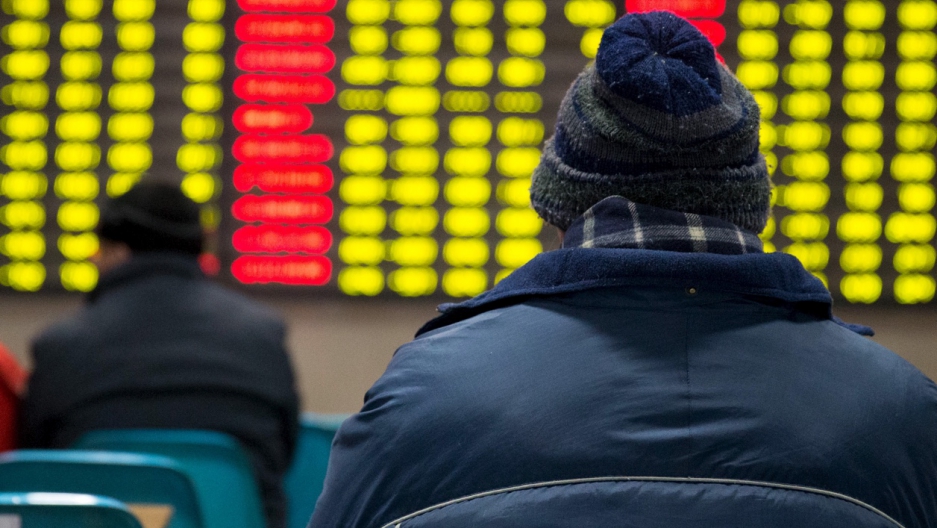 Investors look at an electronic screen showing stock information at a brokerage house in Nanjing, China on Jan. 26, 2016.
Share

Stocks fell sharply in Asia this morning. That’s not good. What's especially worrying is that China’s Shanghai Composite Index fell 6 percent to its lowest point in more than a year.

The plunge is due to several factors. For one, the price of crude oil continues to drop (a barrel now costs below $30). This has caused all manner of panic-selling in Asian stock markets. There are also fears among the Chinese that as the economy slows, their currency will lose value. That fear is causing a sell-off as more Chinese convert their yuan, also called renminbi, to stronger currencies.

Last year some $1 trillion was spirited out of China and into other economies. This is a problem for China, of course. But it is also a major problem for regions of the world where China is heavily invested. The most obvious example is Africa.

Many countries in Africa had been enjoying the largesse of the Chinese for years. News outlets published story after story about the incredible amount of Chinese investment pouring into Africa. The United States began to worry about its influence in the region. China was building much-needed infrastructure. The African governments that were benefiting from China’s investments were beginning to see brighter futures.

Well, now that’s all changing. China’s economic strength is waning, and with it, so are hopes in Africa for better times ahead. Many African economies are now spiraling. A devastating drought in some parts of the continent, including South Africa, isn’t helping.

The Iranian president is continuing his exciting four-day trip to Italy and France. His latest stop was Rome, where he met with both the Italian president and Pope Francis. It’s really kind of incredible the turnaround happening here. Governments all over the world are suddenly falling over themselves to get a piece of that freed-up Iranian trade.

President Hassan Rouhani is traveling with a 120-person entourage of businesspeople. They are being greeted with red carpets everywhere they step. Rome even covered up naked statues to ensure that the Iranian group wouldn’t be offended. It’s doubtful they would have, but it’s an example of the lengths governments are going to secure some sweet Iranian commerce. Rouhani managed to sign some $18 billion in deals on his trip.

Some European governments also see Iran as a potential partner in the fight against the Islamic State. Iran is predominantly Shiite. And the Islamic State is Sunni. So there is some logic there. Rouhani said at a business conference in Rome that if the world wanted to defeat Sunni terrorism, they should work toward improving economic conditions in the Middle East.

"If we want to combat extremism in the world, if we want to fight terror, one of the roads before us is providing growth and jobs. Lack of growth creates forces for terrorism. Unemployment creates soldiers for terrorists," the president said.

There is some logic there too.

Donald Rumsfeld, the secretary of defense under George W. Bush who played a central role in providing the misinformation that led the United States to invade Iraq — and then mismanaged the aftermath to the tune of hundreds of thousands of deaths, approved American torture strategies, and ultimately helped usher in the Islamic State — has now released a mobile gaming app.

The game is a version of solitaire — a “devilish” version, as Rumsfeld calls it. He learned the game from a protégé of Winston Churchill. You can read his whole firsthand account about why he took up this endeavor. It has something to do with World War II, of course. And other manly things, like scotch.

He explains that “Churchill Solitaire” is not a game for everyone, but it is a game for him: “It takes patience and perseverance, cunning and concentration, and strategy and sacrifice.” What a guy.