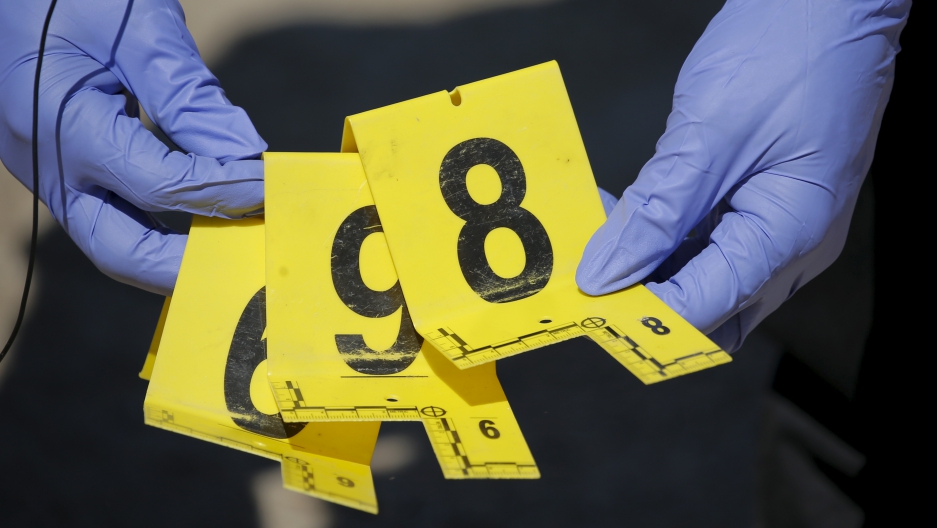 When police fail to find a DNA match to either victims or suspects, the forensic avenue of an investigation can run into the sand. But forensic biomedical scientists at the University of Leuven believe they can help.

They have developed a unique test of blood samples that can predict the age of the individual concerned to within four years by examining the aging process of human DNA. A similar test they devised for teeth samples is almost as accurate.

According to lead researcher Professor Bram Bekaert, "whenever we find a blood stain the first thing we do is to produce a DNA profile, a profile which can be compared to the profile of a suspect, for example, or with the DNA database. But whenever you don't have a match you're basically stuck. What we tried to do was to get some additional information that the police could actually use to try and find a suspect. So we looked at the literature and we found that specific chemical structure on the DNA are actually associated with age, so some chemicals at specific positions in our DNA actually increase or decrease with age, and we use the most significant positions to put them into a single test and use that on forensic samples."

Human tissues and organs change as we age and the process is regulated by our DNA. Bekaert's team examined a set of four age-associated DNA methylation markers and tested them against hundreds of blood samples from crime victims whose age was known.

The scientists managed to determine individuals' age in blood samples with a margin of error of 3.75 years across the age range. The results were even more impressive among the younger suspects.

"The blood test, for example, has an accuracy of about 3.75 years over a whole age population, meaning that from newborns up to about 91 years of age our accuracy was about 3.75," said Bekaert. "The younger the individual is the higher the accuracy is because it has had less influence of the environment. So the more a person has an influence over the environment on his epigenome, as we call it, so the chemical structures on the genome the larger the error rate will become. So the error rate for younger people is about two years of age, while for 91 years of age it will be about five and a half, six, years of age."

Bekaert also conducted tests on a smaller sample of teeth, determining an individual's age with a margin of error of 4.86 years.

"The nice thing about this kind of analysis as well is that it can be used in cold cases as well, because the chemical structures on the DNA do not degrade," said Bekaert. "They're stuck there as long as the DNA is there. So in cases where you have blood stains from 20 years ago, for example, you can actually go back and look at how old that suspect - or that perpetrator - was, for example."

In cases where a suspect's DNA cannot be identified, having the ability to provide a limited age range for that person would rule out large sections of a population, and indeed many potential individual suspects. Bekaert's team is now seeking to improve their predictive ability within the older persons' age range.