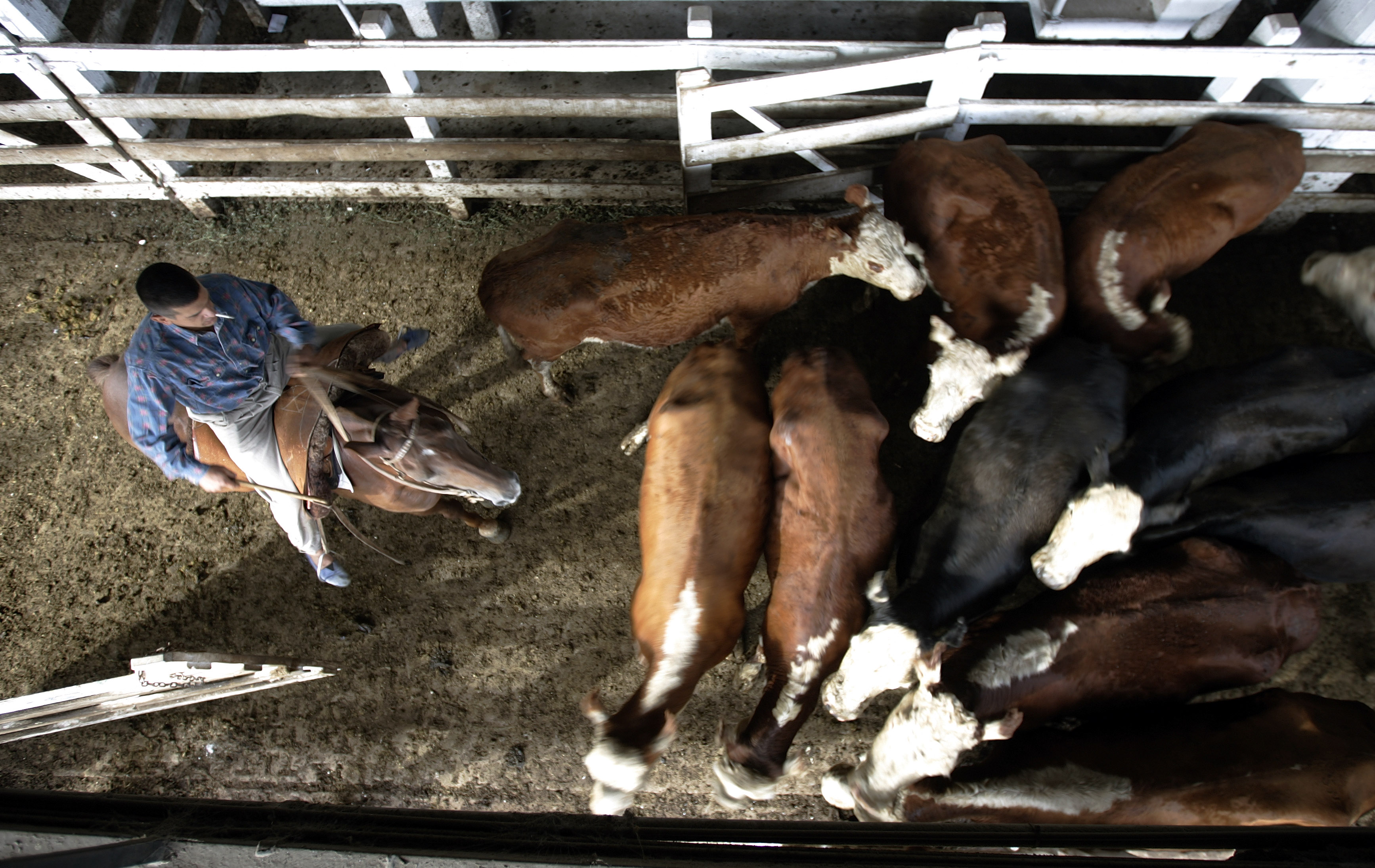 A man leads cows for sale at the Liniers market, the world's largest cattle market, in Buenos Aires in 2008.
Credit: Marcos Brindicci
Share

LIMA, Peru – Argentina, one of the world’s great ranching nations where eating steak every day is a way of life, is on the brink of importing beef.

The news is just the latest chapter in the country’s long-running drama of economic turmoil, which many citizens are hoping the new conservative government of President Mauricio Macri will finally end.

It comes amid forecasts that Argentines will eat less beef this year, a per capita average of 56kg compared to 2015’s 59kg (page three), as domestic consumption is hit by a complicated mix of inflation and supply chain turbulence.

The previous presidencies of the late Nestor Kirchner and then his wife Cristina Fernandez de Kirchner saw frequent tensions between the government and Argentine ranchers.

The pair’s leftist policies led them to slap a 15 percent export tax on beef and issue a permit system for foreign sales while forcing ranchers to hit quotas for sales to local markets — at lower prices than on international markets.

The plan was aimed at ensuring that even poor Argentines could afford beef in a nation where it is regarded as a basic staple to be eaten morning, noon and night. Meat is grilled at the open air Mataderos Fair in Buenos Aires May 25, 2014. The event was staged as part of the 204th anniversary commemorations of the May Revolution.

But critics called it populist and warned of the harmful effects of alleged market interference, while farmers developed an aversion to selling their wares nationally.

Argentina’s beef herd remains one of the largest in the world at 51 million head of cattle, with production relatively stable. The problem is not a shortage of cattle in the South American nation.

Instead it is inflation, and what the government fears is speculation by some ranchers, seeing domestic beef prices rise by 13 percent just in December.

More from GlobalPost: Argentina’s election was a huge victory for frackers and capitalists

Vice President Gabriela Michetti warned: “We are seriously considering opening up imports of beef because it is one of the [food items] that most took off [in price]. There were negotiations with the sector but the problem continues. The government is very worried.”

She added that the beef industry was not fulfilling promises to keep prices down and that the government was also determined to avoid a “neoliberal” market readjustment, that would see prices immediately floated, leaving many poor consumers unable to afford steak.