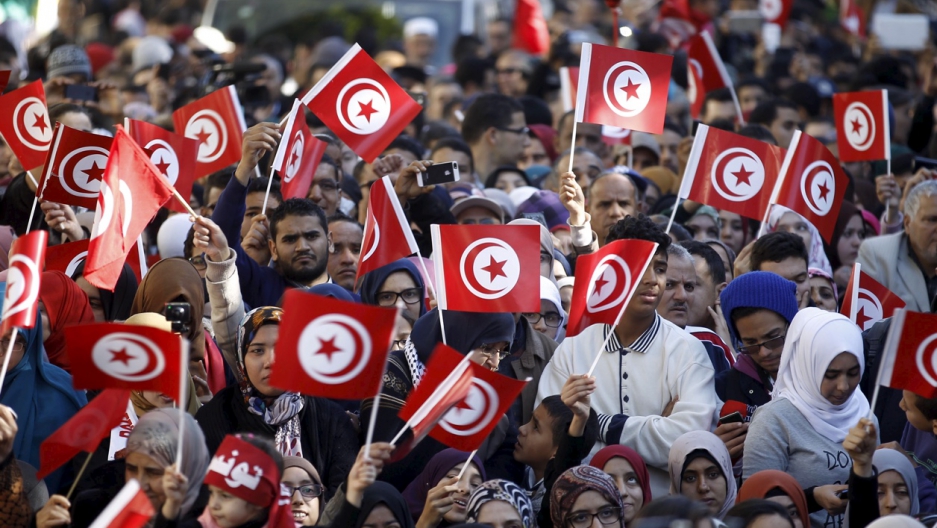 Tunisia has for the last five years been a model of success among countries touched by the Arab Spring revolutions. And for that, it won a Nobel Peace Prize in October.

It’s worth looking at the history to understand how far Tunisia has come. It’s been almost 60 years since the country rid itself of France, its colonial occupier. It’s been trying to recover from that colonialism ever since, most notably during the 24 years of autocratic rule by Zine El Abidine Ben Ali, that stalwart ally of the United States.

Everything changed for Tunisia (and much of the world), though, in 2011, when a street vendor frustrated with a lack of economic opportunity — and Ben Ali's world-famous corruption — set himself on fire. His desperate act ignited peaceful protests that forced Ben Ali into exile.

Tunisians managed this incredible feat in the face of violent reprisals from security forces and in spite of near-total silence from the United States, which many contend chose — as it has many times in the history of its foreign policy in the region — to support stability over liberty.

Tunisia’s newly freed people then hurdled all kinds of obstacles to hold free and relatively fair elections. And then legislators passed one of the most progressive constitutions around.

The evolution of Tunisia, however, has not been without its challenges. And perhaps its biggest challenge is unfolding right now. Tunisia has not succeeded in improving the economy in all sectors of its society. And on Sunday, just like the street vendor Mohamed Bouazizi did five years ago, another young man set himself on fire in frustration after not finding a job.

And just like five years ago, protests have erupted. How the new government reacts to these protests — judiciously or with violence — will reveal just how much Tunisia has really transformed.

An American student from the University of Virginia has been detained in North Korea. North Korea’s official news agency identified the student as Otto Frederick Warmbier. He is believed to be in his early 20s.

Warmbier had traveled to the country with one of those tourist groups that are highly controlled by the regime. But North Korea says that Warmbier was not really a tourist, and was instead acting at the behest of the United States. The official news agency said his “real intention” was to undermine North Korea.

The tour group confirmed that North Korean officials had taken Warmbier into custody, adding tha it was working on behalf of the American, and with the State Department, to secure his release.

The United States is technically in a state of war with North Korea. It’s been that way since the Korean War ended in a ceasefire, instead of a declaration of peace, in 1953. Things have been pretty touch and go ever since, especially as North Korea continues to pursue advancements in nuclear technology. Some 30,000 American troops are based in neighboring South Korea.

The detention of Warmbier comes after North Korea tested a nuclear missile earlier this month. The UN Security Council said it would further sanction the hermit kingdom in response.

Taking down the isolated regime of North Korea has proven no easy task over the years, and both the United States and South Korea have tried everything imaginable short of war.

South Korea’s attempts at psy-ops, a strategy that aims to sow doubt and defections among North Korea’s military and general population, are really something to behold.

GlobalPost Senior Correspondent Patrick Winn writes that “along with missiles and artillery cannon, the South Korean military is now aiming high-decibel loudspeakers at North Korea. Their goal: beaming subversive audio at their information-starved neighbors in hopes of stirring dissent.”

That subversive audio is largely K-pop, or Korean pop music, and it has been blaring across the demilitarized zone between the two countries for at least two weeks. The K-pop projects a “flashy, fun vibe into a land where entertainment is mostly limited to droll odes to the Kim clan,” Winn writes.