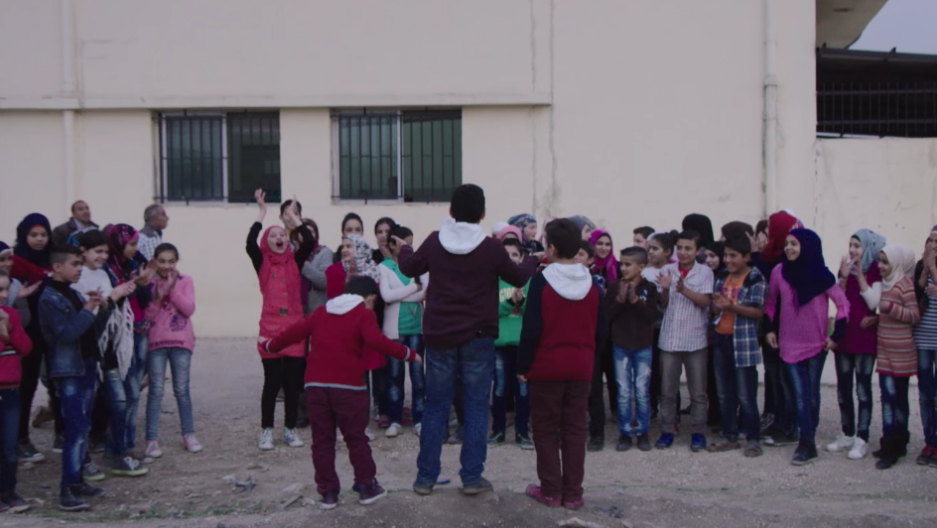 The three brothers arrived in Lebanon from Syria as refugees four years ago, fleeing the civil war with their parents.

Their neighborhood in Aleppo, in northern Syria, was frequently targeted with rockets and bombs — life there became too unsafe.

Luckily for the three boys, they were able to keep receiving schooling at an informal learning center run for Syrian refugees in Lebanon called Sonbola. It was there that their talent was discovered.

"We started to sing rap two years ago," said Samir. "We discovered rap when we’re switching channels on TV and heard a song that describes the situation in Syria — how they are living, how the children are not happy."

Their story is now being told in a movie called “Straight Outta Syria,” part of the #UpForSchool campaign by education advocacy group A World at School — which aims to build support for a petition to secure funding to 1 million Syrian refugee children back to school.

In Lebanon alone, some 200,000 Syrian refugee children remain out of school, as the Lebanese state struggles to deal with a massive influx of more than 1 million refugees. According to the United Nations refugee agency, UNHCR, more than 400,000 Syrian children are not receiving a formal education in Turkey.