In 2013, artist Heather Dewey-Hagborgmade an unusual portraitof Studio 360 host Kurt Andersen. We gave her a few hairs plucked from Kurt's head, and she used the DNA to synthesize what hisface would look like. She couldn't account for age, so all her portraits look like young adults. Or as Kurt put it, he looked rather Matt Damon-ish of "Good Will Hunting" vintage. But her series "Stranger Visions"was not a stunt. She wanted to show how much personal information we leaveeverywhere in thisage of DIY bio-hackers and heightened government surveillance. 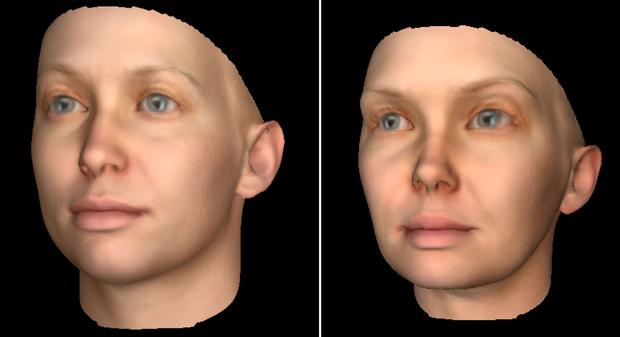 Since undergoing hormone therapy, Manning hasn't been photographed, and has only beenseen by a smallnumber of people. So last summer, Paper Magazine contacted Dewey-Hagborg about creating a DNA portrait of what Manning could looklike now. The artistgot Manning to send a DNA sample through the mail. If Dewey-Hagborg were producing this portrait in the same manner as "Stranger Visions," she would 3-D printa male face, since that's what Manning's DNA would tell her. And she did. But she alsocreateda second mask, as if she had gotten genetic information that Manning was female. 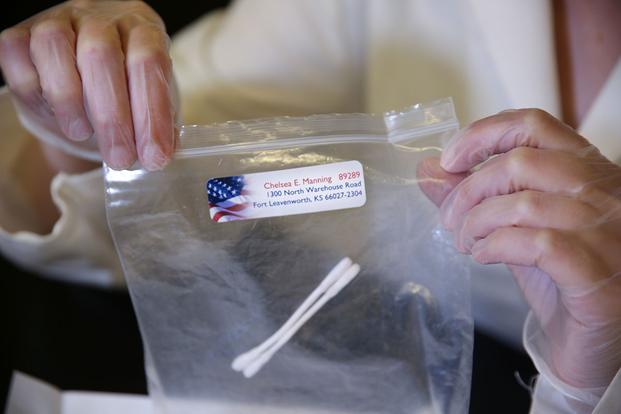 The twomasks comprise "Radical Love: Chelsea Manning," which premieres this month at the World Economic Forum in Davos as part of the exhibit "This Time Tomorrow." For Dewey-Hagborg, the Manning project adds another layer to her work's commentary on surveillance. If her previous work indicatedthe wealth of private information we carelessly leave behind, "Radical Love" points tothe disconnect between our genetic information and our true identity. Dewey-Hagborg says the juxtaposition of both faces"draws attention to the problem of utilizing chromosomes or birth assigned sex to assign gender as well as a larger issue of what it means to rely on stereotyped ideas of what a gendered face is 'supposed' to look like." 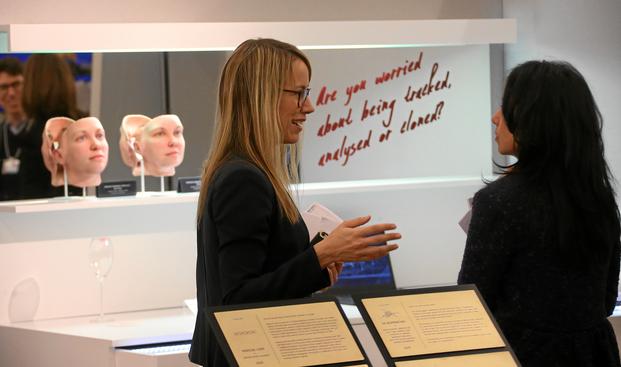