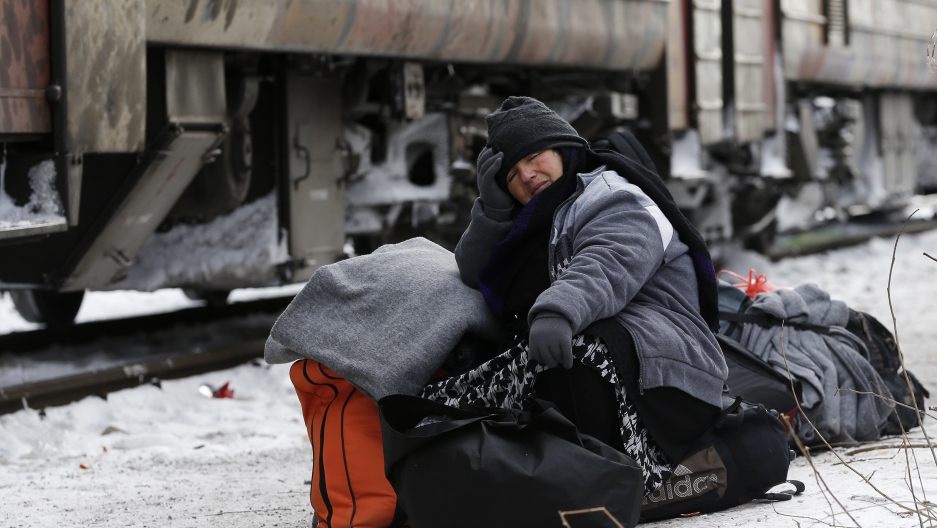 A migrant sits on her bags while waiting for a train in Presevo, Serbia.

To some, the journeys are reminiscent of images from World War II.

"They are packing people into those trains like they are cattle cars. Every single inch of space is taken," says Leesteffy Jenkins, a bakery owner who recently volunteered in a transit camp in Macedonia. "It smells, there are no bathroom facilities, no heat."

And yet, Jenkins says, refugees are "desperate" to board the trains.

Jenkins slipped onto a refugee train on a recent night as it ferried passengers from a transit camp in Gevgelija, Macadonia to Serbia.

She found her way aboard even though humanitarian aid workers are strictly forbidden on the trains.

"There was one woman who had twin babies. The doctors from Red Cross and the doctors on our team both said to her, 'This one baby, if you don't get it to the hospital it could die in the next few hours.' It was so critically ill. Her other twin, her other baby, a two-year old, was fine. She had to make the choice, which child am I going to save here, because they're so scared of these borders closing, that she refused to go to the hospital. She just got on the train with that very very sick child in this cattle car. And we heard a few days later that a baby did die when it got off the train on the other side in Serbia."

She has blogged extensively about her volunteer assignment with NuN Civil Association in Gevgelija and her work with the Americans for Refugees in Crisis. She owns the Violette bakery in Cambridge, Massachusetts.

In December, she stuffed several large suitcases to the brim with boots, shoes and socks and closed shop for several weeks. She was determined to go where the need was greatest.

"Everyone wants to go to Lesbos, where you can pull babies out of the water," she says. "The Balkans are not as 'sexy' as the islands. They get far less volunteers."

In Macedonia, refugees are processed, and then board decrepit trains bound for Serbia. Jenkins hopes to return to the camp next July.

"If everyone went to a refugee camp, we would not be having the political debates that we're having. In fact, the refugee camps are magnets. People go and they come back again and again. People quit their jobs."

"You just cannot not go back once you've gone," she says. 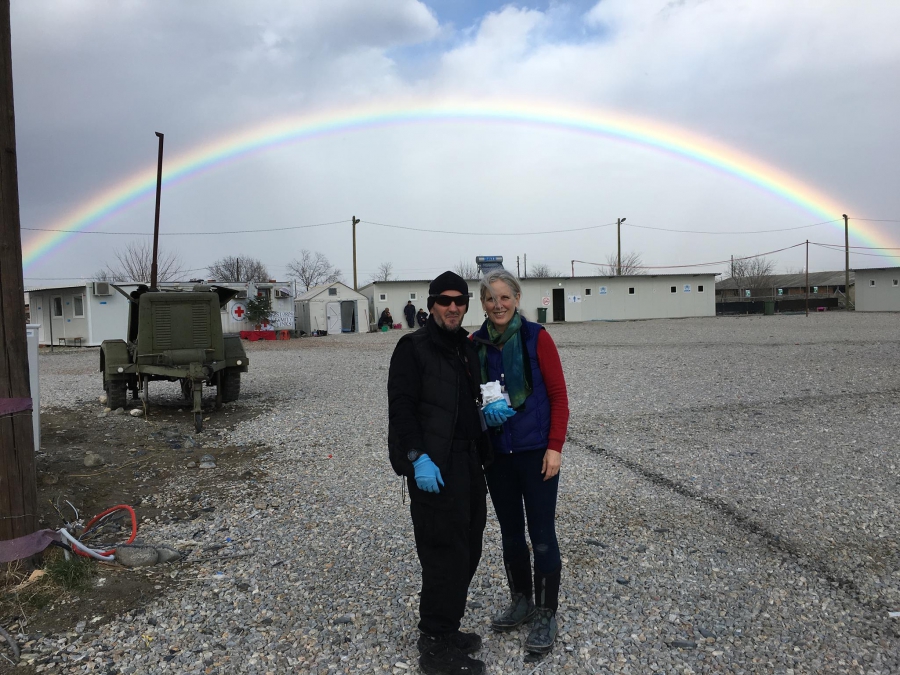