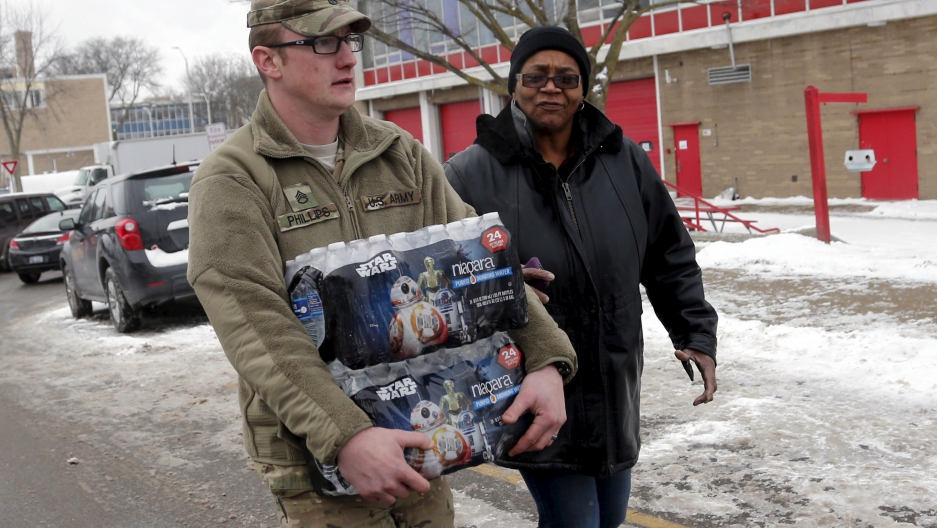 Over the weekend, President Barack Obama declared a federal state of emergency in Flint, Michigan, where residents have been dealing with the aftermath of lead-tainted water for more than a year now. It's a situation that's led to lead poisoning and brain damage in some children.

As the disaster in Flint unfolds, people across the country have been left to wonder how safe their own drinking water is. Scientists warn that the regulation of America's drinking water has lagged since the Clean Water Act was passed in 1972.

A 2009 New York Times investigation found that more than 62 million Americans had been exposed to drinking water that did not meet some government health guidelines. A 2011 analysis by the Environmental Working Group found that more than 100 million people in 43 states were drinking water contaminated with trihalomethanes — a dangerous chemical that’s the byproduct of a chlorine reaction.

Jeffrey Griffiths, a professor at Tufts University and former chair of the EPA's Drinking Water Committee, Science Advisory Board, says we don’t have a strong understanding of the health impacts of low-level exposure to chemicals in water.

“I worry about the fact that we live in a kind of sea of small-level chemical contaminates,” Griffiths says. “The number of chemicals that are actually regulated within the United States are relatively small compared to the total number of chemicals that have been detected in water. And we don’t really know what happens when you’re exposed to very low levels of many hundreds of chemicals.”

When it comes to treating drinking water, the US does not require that all chemicals be removed, but rather that the number of chemicals be reduced as much as possible.

“Often there is not the assumption that you can actually remove it all,” says Griffiths. “I really worry about the large spectrum of things that we’re exposed to at low levels and we don’t understand what the effects are.”

Though there are broad methods for removing chemicals from household water, they are not often used.

“You could imagine things like running water through activated charcoal or through filters that are extremely stringent — very tight filters where all that gets through is the water molecules and not chemical compounds,” Griffiths says. “Those forms of treatment are not common in the United States because of the expense. If we were interested in removing all chemicals out of water and all heavy metals, then we would really have to change the standard treatment that most municipalities undergo.”

Since most US states only seek to meet minimum requirements on drinking water, Griffiths says it would take a scare in order for municipalities to re-evaluate water standards in a meaningful way.

“For most compounds that are out there, we don’t have the toxicology [information],” he says. “Unfortunately, there have been a number of instances where people have gotten sick and that’s really changed the equation in terms of what we know as good or bad. Just to give you an example, lead used to be thought of as bad, but the acceptable amount was much higher than what the acceptable amount is now. [That’s changed] because there is new information about damage to babies and brain development.”

Since it is very difficult to definitively prove that trace amounts of chemicals can have negative health effects, many state and local governments have shied away from buying expensive filtration equipment. Essentially, most local water sources are deemed safe — until they’re not.