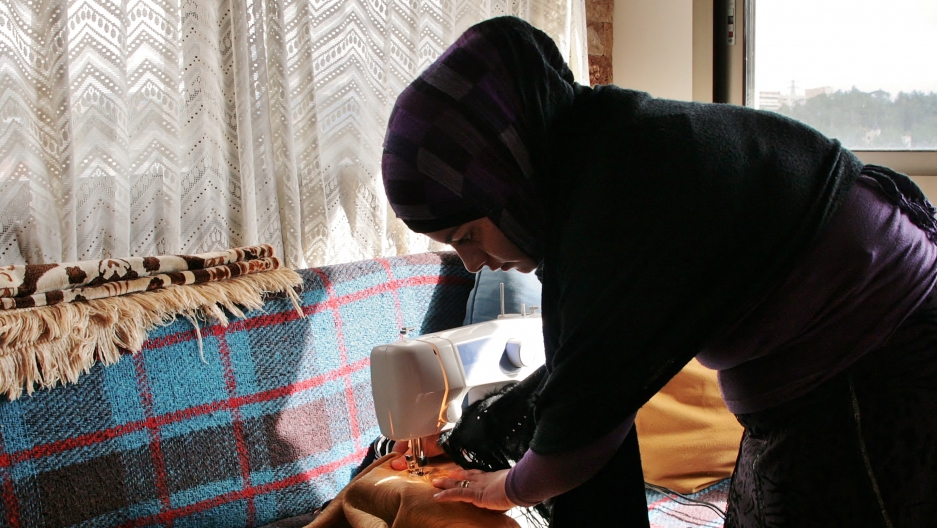 Hiba Bekai's office is her home, where she sews and does other needlework that she sells to Syrians and Lebanese.

Hiba Bekai first heard about a local NGO’s offer to train women in Lebanon to run their own micro businesses from a text from her son's school. Bekai and her family are among the million or more Syrian refugees in Lebanon trying to scrape out a living amid restrictive labor laws in their new host country.

So for Bekai, the training offer was an intriguing opportunity.

Originally from Damascus, Bekai — a 23-year-old, sharp-eyed, direct-speaking young woman — fled the war in Syria two years ago, with her husband and infant son. She followed her parents to a remote, mountainous Lebanese village of Baysour, far from her usual support network and the city where she grew up.

She says once there, she began to get bored.

"I was waiting for a chance to do something to break the routine," Bekai says, speaking from the office of the micro-financing NGO, Majmoua, in the Mount Lebanon city of Aley. "I have so much time where I do nothing, so this is a way to do something — and to earn money."

Bekai never had a paying job in Syria. She’d married right after high school and was expected to look after the home. But her husband was struggling to support the family in Lebanon with his occasional carpentry jobs.

So with her husband's blessing, Bekai attended a few sessions to learn more about Majmoua's financial and non-financial training, and then signed up for a crochet and needlework course.

"I already had a bit of background in crochet so I was interested in it and started working on it," she says. "I really enjoyed it. I would work for hours at home on my crocheting. My mom would tell me 'Stop! You will hurt your eyes,' and I would say, 'No, I'm happy, I want to do it.'"

Within months, Bekai had her first order: 100 socks for Majmoua. She then went on to make fabric doilies, hats, and finely crocheted handbags. 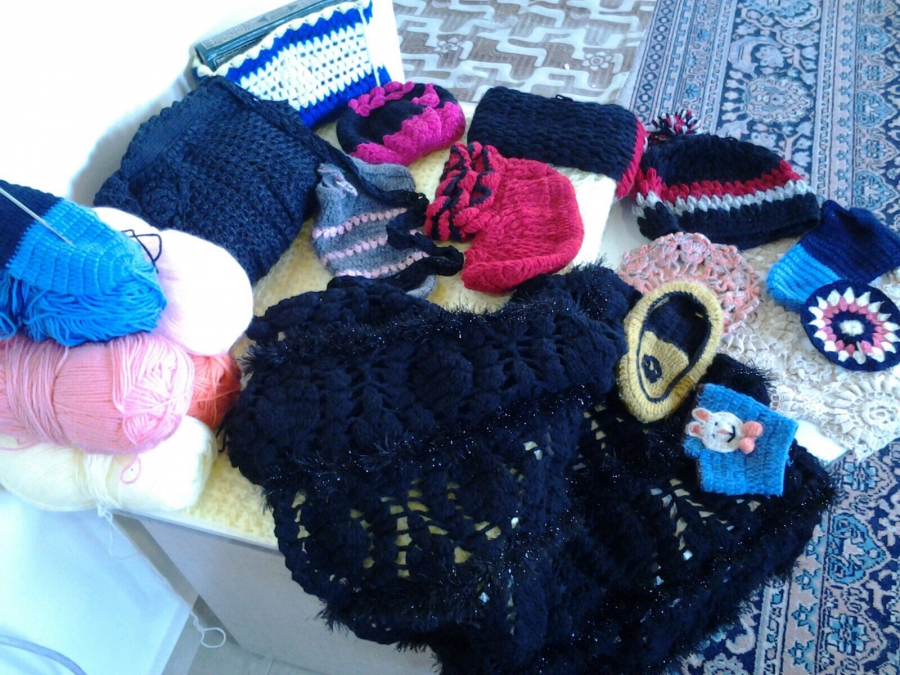 Some of Hiba Bekai's needlework.

The only problem was that her business was technically illegal. In order to preserve jobs for locals, the Lebanese government only allows Syrians to work in low-paying industries such as construction. But even this is illegal without a work permit, which costs a lot and requires a Lebanese sponsor.

Such restrictions pose a huge problem for Lebanon's Syrian community, most of whom are struggling to survive on shrinking aid. Unwilling to resign themselves to poverty, unemployment and handouts, many young Syrians like Bekai have quietly chosen instead to create work for themselves.

For Bekai, renting her own shop is out of the question so she promotes her needlework on Facebook, offering to mend clothes and customize dresses. She also plucked up the courage to ask her local yarn shop to stock some of her products; she sells them for between $7 and $15. 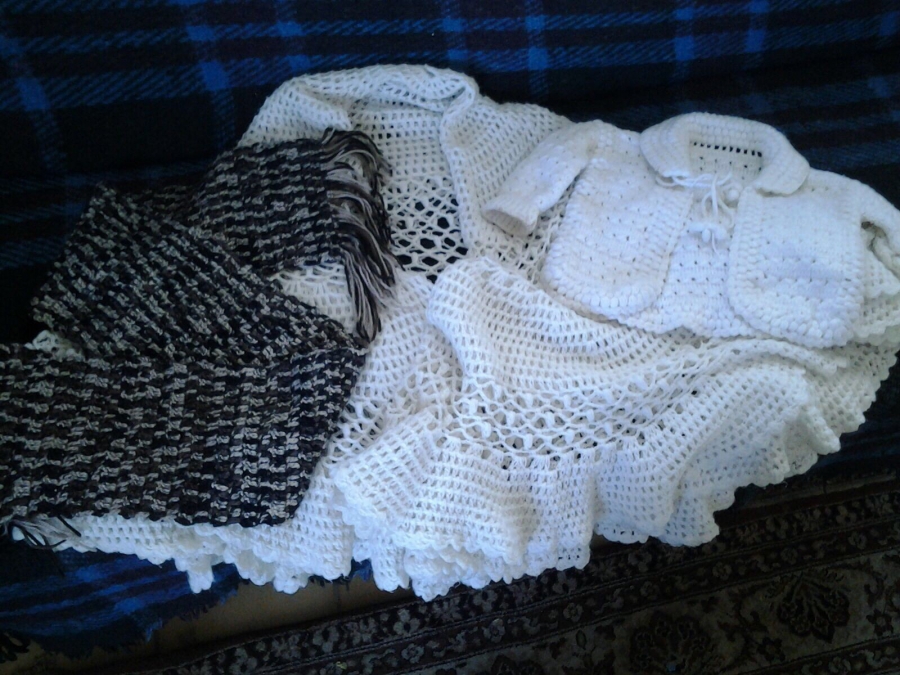 A crochet scarf and jacket by Hiba Bekai

All told, she earns the equivalent of about $33 a month. In Lebanon, where the cost of living is significantly higher than pre-war Syria, this isn't much, but she's hoping now that it's winter her woolly hats and scarves will be more in demand.

But for Bekai, the work has changed her perception of herself.

"Before, I used to be a homemaker, cleaning and cooking," she says. She pauses for a moment and continues, "But now I feel a sense of confidence. I'm independent, I'm doing something and being productive.”

She says when the war in Syria finally ends, she wants to go home and open her how shop there.