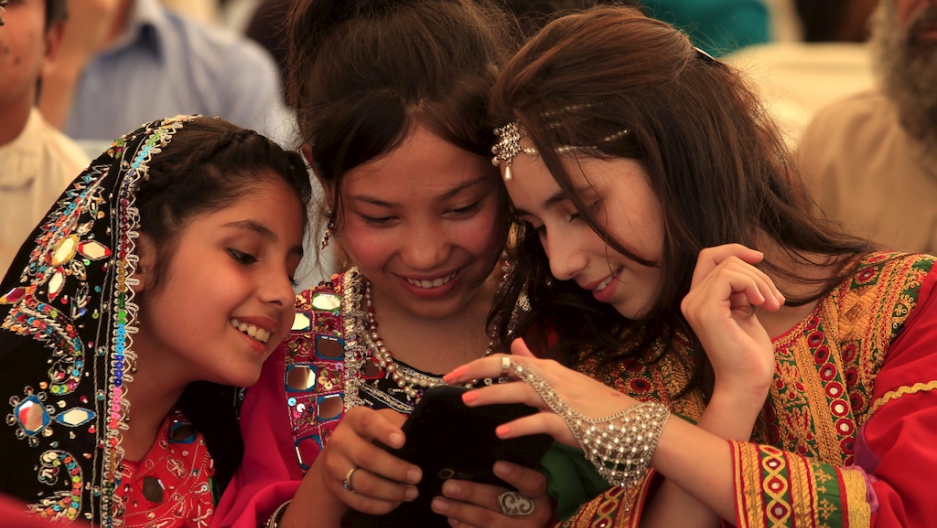 LAHORE, Pakistan — Cheers and foosball tables can be heard upstairs as staff enjoy their Silicon Valley-inspired “play” break at a mobile game development studio in Lahore.

Studios like this one led by entrepreneur Saad Zaeem are producing games with global appeal that fuel Pakistan’s young but growing $2.8 billion software industry.

Along with his brother Ammar, Saad founded Caramel Tech Studios in 2011 after a stint working at a mobile gaming startup. The studio has since helped code the global hit “Fruit Ninja,” which has been downloaded more than a billion times, for an Australian developer. Caramel Tech’s open spaces, games consoles and pool table are cultural imports from the offices of California’s tech giants. “Not only do [workers] get relaxed but they actually give more in output because their minds are fresher and they’re generally more motivated. So it’s directly borrowed or inspired by what you see in Silicon Valley,” Zaeem said.

“I'd say it's easily a hundred million dollar industry in Pakistan over the next five years.”

The country’s mobile game studios are proving a small but promising source of skilled graduate employment. Graduates here are as qualified as Western ones and cost a lot less to employ, giving software startups a competitive advantage over high-wage Western countries, Zaeem said. “Prior to the iPhone … it was a very closed-door system,” said Babar Ahmed, Mindstorm’s co-founder and CEO. “So you had to apply for a developer’s license to Nintendo or Microsoft or Sony. And they’d vet your studio out, they’d look at your resumes. They’d only give their [software development kit] to, like, very select studios. That’s not the case anymore.”

More from GlobalPost: This is the side of Pakistan that you don't see on 'Homeland'

Brain drain, however, remains a problem. According to government figures, more than 2.3 million highly qualified, highly skilled or skilled Pakistanis left to work abroad between 2005 and 2015. Many of Pakistan’s finest computing minds head overseas to do postgraduate degrees and work for global tech names. While it’s easy for Mindstorm to find and employ competent staff, finding the best is tough.

“You’re left with second-tier choices, and the people who come back to Pakistan come back to do their own business. They’re like, ‘Hey, I had a really good chance internationally so I’m coming back here, I don’t want a job, I want to do my own thing’ — so those people become hard to hire,” Ahmed said.

He should know: He took this route himself. Having obtained degrees from the University of Texas and Stanford, he left his job as a circuit engineer in Austin to return to Pakistan and found Mindstorm with his brother because he wanted to give something back to his homeland.

Despite the challenges that come with operating in Pakistan, its small mobile gaming market has made it easier for other developers such as Tintash Studios — whose hits include the multimillion-download “Stick Cricket” game — to keep good talent. This is a huge challenge for studios in saturated markets like the United States that often lose their top employees to rival firms, explains the studio’s chief operations officer, Jazib Zahir.

“Here there’s a relatively small industry where everybody knows each other and you’re able to latch onto the best talent and the best resources and the best mentoring very easily. That’s a huge asset of being in Pakistan.”

More from GlobalPost: Who is killing Pakistan’s educated elite?

On the other hand, Pakistan’s economy is racked by energy shortages and power cuts are a part of daily life. It can be a serious problem for the game development sector, which needs constant electricity to fuel programmers’ computers and internet access to communicate with clients. Tintash Studios has installed a backup power supply for each room and a generator for their building.

“The basic infrastructure in Pakistan is not the best, but at the same time I would say it’s a relatively minor hurdle,” Zahir said. “Yes, you have to invest some money into running these things but it’s worth the investment.”

Corruption is another challenge facing businesses here. Pakistan is ranked 126th on Transparency International’s global Corruption Perception Index and complaints about officials demanding bribes are rife. However, exporting code via email rather than customs agents has helped Pakistan’s software industry evade the corruption that often dogs others producing tangible goods such as textiles.

“I think corruption is going to be less and less of an issue for mobile game companies or any software companies operating in this region or in this country,” said Caramel Tech’s Zaeem, who asserts that the internet is diluting corruption in Pakistan.

Despite these challenges, Babar Ahmed of Mindstorm remains optimistic about the future of Pakistan’s mobile gaming industry.

“I’d say it’s going to be huge … I’d say it’s easily a hundred-million-dollar industry in Pakistan over the next five years.”