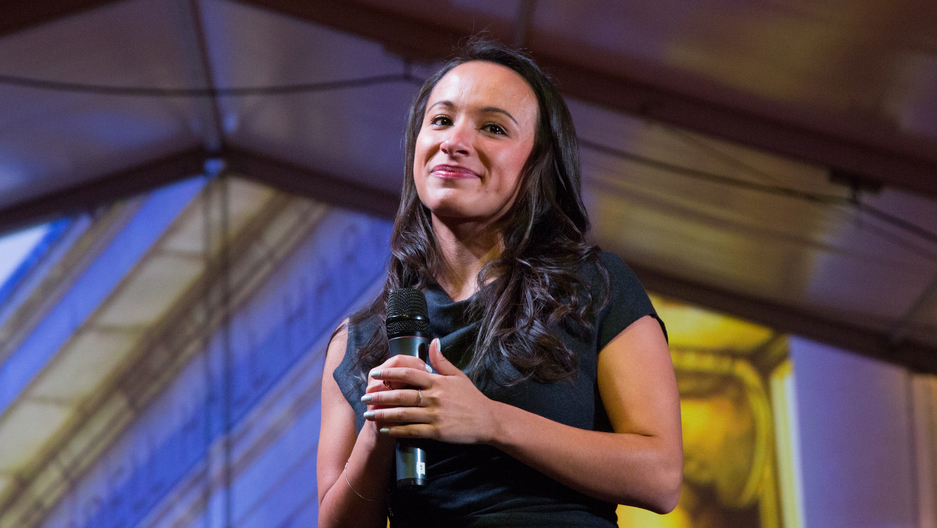 Sometimes it can feel like children of immigrants in the United States have a duty to be grateful — grateful to the US for its opportunities, and to their parents for bringing them here.

“I think the standpoint is, if you were born in this country, you shouldn’t complain about anything because those of us that came from abroad really had to work hard,” says Bianca Tylek, a Harvard Law School student and current fellow with the Paul & Daisy Soros Fellowship for New Americans.

Tylek didn’t complain. When Harvard Law asked her to tell her story to 600 alumni at a fundraising dinner last year, Tylek delivered. The audience cried as she told them about her Ecuadorean mother and Polish father’s struggles, and her own triumphs over sexual violence and addiction.

“It was a cool Friday in March of 2013 when I called my father to tell him I had been admitted to Harvard Law School,” Tylek says in her speech. “Through a quivering voice he says, ‘This is why I came to America.’”

Tylek says Harvard has offered her a lot, and she was glad to give back. But less than a month later, she published an editorial in the Boston Globe that read: “To the extent that my story motivated our alumni to  open their wallets, I now ask that they close them and stop donating.”

The editorial was Tylek’s response to an incident that shook the Harvard Law community in November — someone placed black tape over the faces of nine black professors' portraits displayed in a school hall.

Harvard officials spoke out against the incident and held community meetings, but Tylek was disappointed at their response, and felt like she had to say something, as an ally of the black community.

“It’s about what this institution represents and what it does for the masses,” Tylek says. “We were all sold on coming here on the idea that what we do here after we leave will impact the world. We were told that we will be the future leaders of America — that we are the future CEOs, Supreme Court Justices, presidents of the United States, and yet here you are telling me that you don’t understand how what we do here impacts what happens in the world. You’re lying to my face.”

Kids of immigrants, like Tylek, are figuring out where they stand in the ongoing national dialogue about race and police treatment of black people. First and second generation people don’t necessarily carry on their parents’ beliefs about race. Often they end up being influenced, instead, by their friends. They band together as young Americans to understand the experience of otherness, and cope. That bonds them at a young age across race.

I know. It’s a bond I share with my own best friend, Eva Romero, who grew up in Paraguay — and it's a conversation we've been having since we met in college.

“I think it’s kind of interesting where we’re in this moment where we’re talking about race, and everyone is a bit defensive of their tribe,” Eva tells me in one of our most recent talks about race and identity. “But we bond very strongly with people who are not of the same national origin or the same skin color, or the same ethnicity.”

As our generation comes of age, some, like Eva Romero and Bianca Tylek, realize that their stories have power, and they can choose how to use that power.

“Be the person to tell your own story,” Tylek advises — and she does that in this episode of the Otherhood podcast.