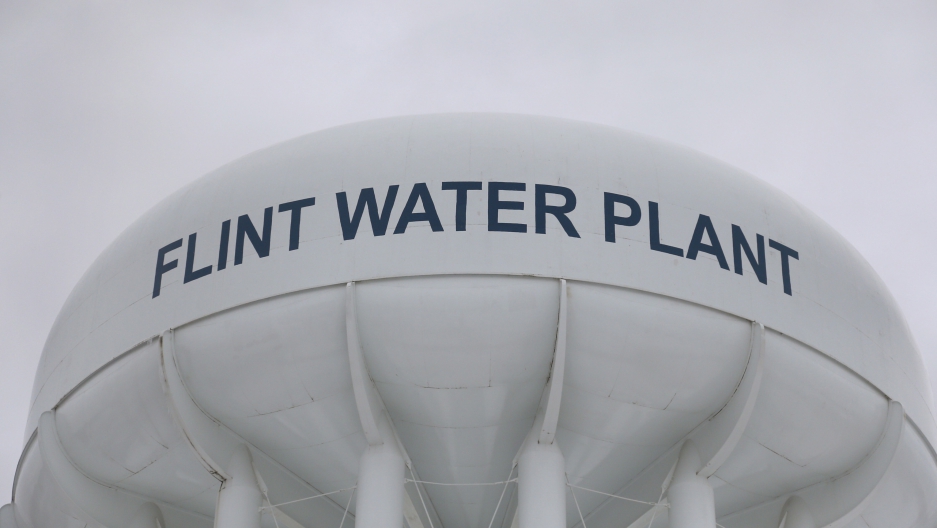 The top of a water tower at the Flint Water Plant is seen in Flint, Michigan January 13, 2016.

Michigan Governor Rick Snyder spent most of his State of the State address Tuesday night talking about dangerously high lead levels in the city of Flint’s water supply.

The problem began in 2014, when officials switched the source of the city's water to save money.

That sent corrosive water from the Flint River into the city's old pipes, which caused lead to leach out, contaminating the city's tap water.

Now Flint residents in two zip codes find they have elevated lead levels in their blood. The National Guard, state and local employees and volunteers have been handing out lead tests, filters and bottled water.

“We have battled this issue globally, but not at the level that we’re seeing in Flint,” said Ruth Ann Norton, president of the Green and Healthy Homes Initiative, a Baltimore-based non-profit that does lead mitigation work.

“Lead poisoning is entirely preventable,” Norton said. “These were decisions that were made by the government of Michigan that have left 100,000 or more people at risk of high lead intake.”

Lead is a neurotoxin that can permanently affect the development of the brain and nervous system and impacts children especially. It kills an estimated 143,000 people per year, and can lead to an increased risk of high blood pressure and kidney damage in adults. It heightens the risk for miscarriage, stillbirth, premature birth and low birth weights.

“There is little to be done once you have lead in your system,” Norton said. “Those impacts are irreversible and can be quite tragic and quite costly.”

Most of the chronic, lower-level lead exposure in the US comes from paint in old houses and lingering residue from leaded gasoline. But elsewhere on the globe, lead poisoning comes from more varied sources.

Lead can seep from batteries thrown into landfills and contaminate groundwater, which has been a problem in countries including Mongolia.  In Central and Latin American countries, Norton said health officials battle leaded glaze in pottery.

According to the World Health Organization, exposure to lead-contaminated soil and dust in and around battery recycling and mining operations has caused mass lead poisoning and multiple deaths in young children in Senegal and Nigeria.

“The difference in Flint,” said Ruth Ann Norton, “is that they were on a clean water system, they were drinking safe water, and in a measure to try and save some money, safety and procedures and precautions were overlooked.”

“I think that has what has brought the tragedy of Flint so high.”