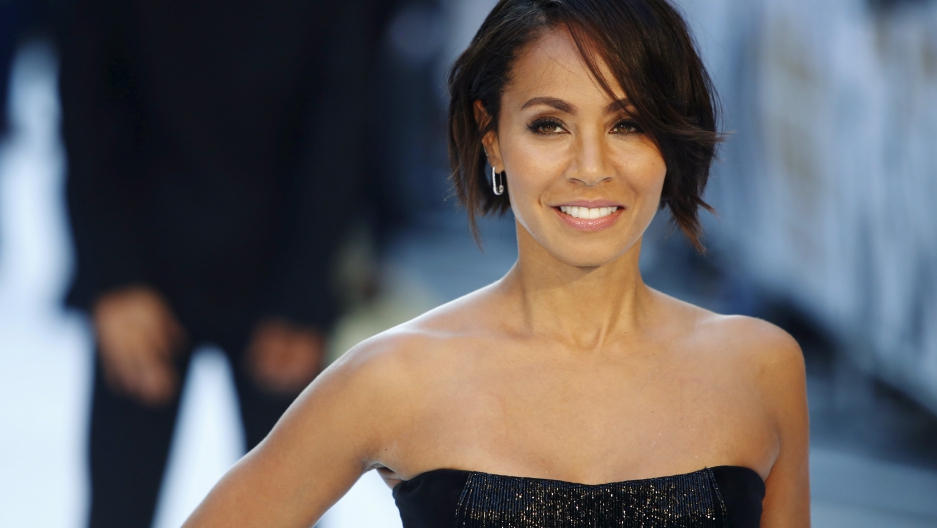 After a second season of actors of color being shut out from the main acting Oscar nominees, some of Hollywood's stars are turning to the boycott.

How better to deal with #OscarsSoWhite than to skip the 88th Academy Awards?

Jada Pinkett Smith and Director Spike Lee are among the first to take to social media to express their dismay and to announce they won't attend this year's ceremony. Snoop Dogg joined them this week, as did Will Smith. And Michael Moore.

On Saturday, two days after the nominees were announced, Smith tweeted about the persisting lack of diversity in Oscar nominations.

At the Oscars...people of color are always welcomed to give out awards...even entertain, (pt. 1)

But we are rarely recognized for our artistic accomplishments. Should people of color refrain from participating all together? (pt 2)

People can only treat us in the way in which we allow. With much respect in the midst of deep disappointment. J (pt 3)

On Martin Luther King Jr. Day, Smith posted a video to Facebook on the matter. In it she recognizes the importance of the day and makes a call to action to the black community to make a change.

“Hi, today is Martin Luther King’s birthday,” said Smith. “And I can’t help but ask the question, is it time that people of color recognize how much power, influence that we have amassed, that we no longer need to be asked to be invited anywhere?”

“Here’s what I believe,” Smith continues. “The Academy has the right to acknowledge whomever they choose, to invite whomever they choose. And now I think that it’s our responsibility now to make the change...Begging for acknowledgement, or even asking, diminishes dignity and diminishes power and we are a dignified people, and we are powerful. And let’s not forget it. So let’s let the academy do them, with all grace and love, and let’s do us differently.”

At the end of her video, Smith made it a note to congratulate black comedian and actor Chris Rock on being host of this year's Oscars, but said she would not be attending or watching the show.

Lee expressed his outrage on Instagram with a picture honoring Dr. Martin Luther King Jr. accompanied by a caption.

#OscarsSoWhite... Again. I Would Like To Thank President Cheryl Boone Isaacs And The Board Of Governors Of The Academy Of Motion Pictures Arts And Sciences For Awarding Me an Honorary Oscar This Past November. I Am Most Appreciative. However My Wife, Mrs. Tonya Lewis Lee And I Will Not Be Attending The Oscar Ceremony This Coming February. We Cannot Support It And Mean No Disrespect To My Friends, Host Chris Rock and Producer Reggie Hudlin, President Isaacs And The Academy. But, How Is It Possible For The 2nd Consecutive Year All 20 Contenders Under The Actor Category Are White? And Let's Not Even Get Into The Other Branches. 40 White Actors In 2 Years And No Flava At All. We Can't Act?! WTF!! It's No Coincidence I'm Writing This As We Celebrate The 30th Anniversary Of Dr. Martin Luther King Jr's Birthday. Dr. King Said "There Comes A Time When One Must Take A Position That Is Neither Safe, Nor Politic, Nor Popular But He Must Take It Because Conscience Tells Him It's Right". For Too Many Years When The Oscars Nominations Are Revealed, My Office Phone Rings Off The Hook With The Media Asking Me My Opinion About The Lack Of African-Americans And This Year Was No Different. For Once, (Maybe) I Would Like The Media To Ask All The White Nominees And Studio Heads How They Feel About Another All White Ballot. If Someone Has Addressed This And I Missed It Then I Stand Mistaken. As I See It, The Academy Awards Is Not Where The "Real" Battle Is. It's In The Executive Office Of The Hollywood Studios And TV And Cable Networks. This Is Where The Gate Keepers Decide What Gets Made And What Gets Jettisoned To "Turnaround" Or Scrap Heap. This Is What's Important. The Gate Keepers. Those With "The Green Light" Vote. As The Great Actor Leslie Odom Jr. Sings And Dances In The Game Changing Broadway Musical HAMILTON, "I WANNA BE IN THE ROOM WHERE IT HAPPENS". People, The Truth Is We Ain't In Those Rooms And Until Minorities Are, The Oscar Nominees Will Remain Lilly White. (Cont'd)

“It's no coincidence I'm writing this as we celebrate the 30th anniversary of Dr. Martin Luther King Jr's birthday,” said Lee. “Dr. King said, ‘There comes a time when one must take a position that is neither safe, nor politic, nor popular, but he must take it because conscience tells him it's right.”

Lee goes on to say that in order to see change, the “‘real’ battle” is with the executive office of Hollywood studios and TV cable networks.

“This is where the gatekeepers decide what gets made and what get’s jettisoned to ‘turnaround’ or scrap heap...As the great actor Leslie Odom Jr. sings and dances in the game- changing broadway musical HAMILTON, ‘I WANNA BE IN THE ROOM WHERE IT HAPPENS.’ People, the truth is we ain't in those rooms and until minorities are, the Oscar nominees will remain Lilly white,” said Lee.

Films like “Concussion,” “Straight Outta Compton”, “Beasts of No Nation” and “Creed,” some of the most talked-about films of 2015, were largely overlooked. Ironically, “Straight Outta Compton”, which was produced by and largely starred a black cast, did receive a nomination for Best Original Screenplay. If won, the award will go to Jonathan Herman, Andrea berloff, S. Leigh Savidge and Alan Wenkus — who are white. And “Rocky” star, Sylvester Stallone, received a nomination for Best Supporting Actor for his role in "Creed."

It is worth mentioning that “The Revenant”, with Mexican director, producer and screenwriter Alejandro González Iñárritu, as well as Mexican cinematographer Emmanuel Lubezki, is up for 12 nominations. The duo also took home multiple awards in 2014 for “Birdman.” Lubezki also recived the Best Cinematography award for his work on the 2013 film “Gravity,” and Alfonso Cuarón, won Best Director, making him the first Hispanic and Mexican to receive the academy award.

In an interview with Deadline, Academy President Cheryl Boone Isaacs too expressed her dissatisfaction with this year’s nominations. Isaacs said she is “heartbroken and frustrated by the lack of inclusion,” and called attention to efforts made over the last four years to diversify the Academy’s membership. However, Isaacs did acknowledge that the process to effect change is moving too slowly and that more needs to be done.

All of this comes on the heels of the 73rd Golden Globes awards, in actress Taraji P. Henson and actor and musical artist Jamie Foxx, made headlines.

Henson, who was honored with her first Golden Globes nomination and award, won Best Actress in a Drama TV Series for her role as Cookie Lyon on Fox’s "Empire." During her acceptance speech, Henson jokingly said, “Who knew that playing an ex-convict would take me all around the globe.”

She continued, saying she thought it would have been her role as Queenie from the 2008 film "The Curious Case of Benjamin Button" — the title character's adoptive mother — or Sherry Parker, the mother in the 2010 version of "Karate Kid" — that would have gotten her a Globe.

When told to wrap up her speech by the teleprompter, Henson exclaimed, “Wait a minute, I waited 20 years for this. You can wait. You gonna give me a little more time.”

Foxx, who presented the award for Best Original Score, jokingly announced "Straight Outta Compton" as the category winner, even though the film was not a nominee. He then apologized, poking fun at Steve Harvey’s Miss Universe blunder from late last year, saying he made a mistake and misread the award card.

Henson and Foxx may have been joking when they made their remarks, but as the saying goes, there’s a grain of truth in every joke.

Every year, mainstream award shows fail to accurately reflect the increasingly diverse industry they are meant to represent in their nominations. Major movie studios hardly invest in films starring and made by minorities. And as Lee pointed out, the executives of Hollywood, where diversity lacks most, are the one’s making the decisions on which films are widely distributed.

There is a serious deficit in roles created for minority groups and a need for race neutral casting. As Viola Davis so eloquently said in her 2015 Emmy acceptance speech, you can’t win awards for roles that aren’t there.

A previous version of this story misstated who received an award for the film, "Gravity." It was Alfonso Cuarón.