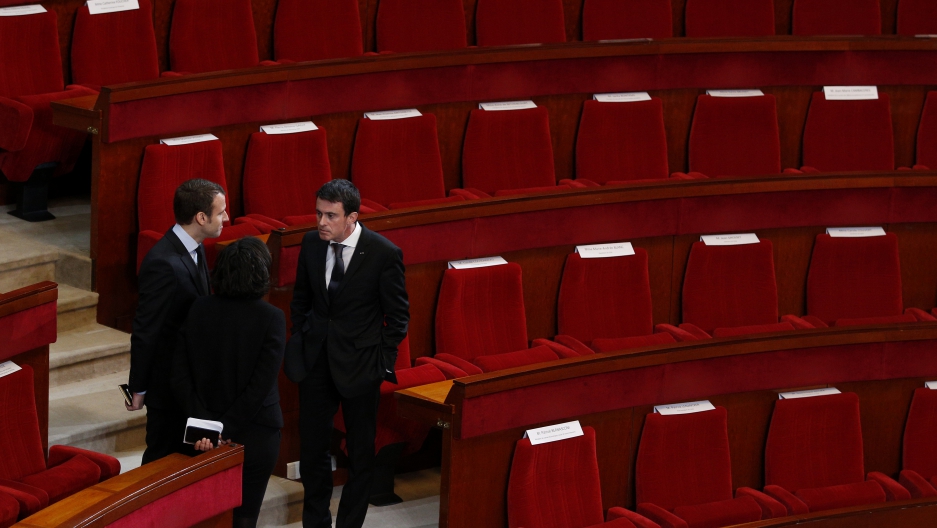 Hollande said he would pump in funding to address the stubbornly high unemployment that has dogged his four years in power, and promised it would not come from tax rises.

The opposition greeted the plan with scorn because Hollande has linked his ability to cut the joblessness to his bid to win re-election in 2017, but the president dismissed suggestions that the measures were "artificial."

"These two billion euros will not be financed through extra taxes of any kind. They will be financed by savings," Hollande said in a New Year's speech to business leaders.

He said one billion euros would be spent on training schemes for unemployed people.

Joblessness, which stands at around 10 percent or 3.57 million people in the eurozone's second-largest economy, was the "only issue that ranks above security for the French people," the president said.

After several years of sluggish growth, the French economy took another blow with the jihadist attacks in November that killed 130 people, which slowed activity in the fourth quarter.

Hollande, a Socialist, said France needs to "increase the pace of reforms," adding that innovation is "key" to getting people back to work.

"France must also increase training, education and the level of qualifications of its workers," he said.

The president said he would "go the extra mile" to bring in reforms and insisted he would do so "above and beyond any electoral event," in a clear reference to the presidential election.

Under the new measures to stimulate recruitment, companies employing fewer than 250 people will receive a 2,000 euro bonus for each new employee with a contract of more than six months, under certain conditions.

The right-wing Republicans of former president Nicolas Sarkozy poured scorn on that measure.

"What planet are Francois Hollande and his government living on if they think it is enough to write a check of 1,000 or 2,000 euros to a company that takes someone on?" said the party's Guillaume Larrive.

A leading member of the Republicans, Christian Estrosi, said the measures were "unfortunately just a way of camouflaging the failure of the government's policy, which since 2012 has demonstrated its ineffectiveness."

Hollande's Socialist Party hit back, saying the measures would bring "more vitality and confidence" to the economy.

France came out of three years of economic stagnation last year with growth of more than 1.0 percent.

But 650,000 people have been added to the jobless total since Hollande became president in 2012.