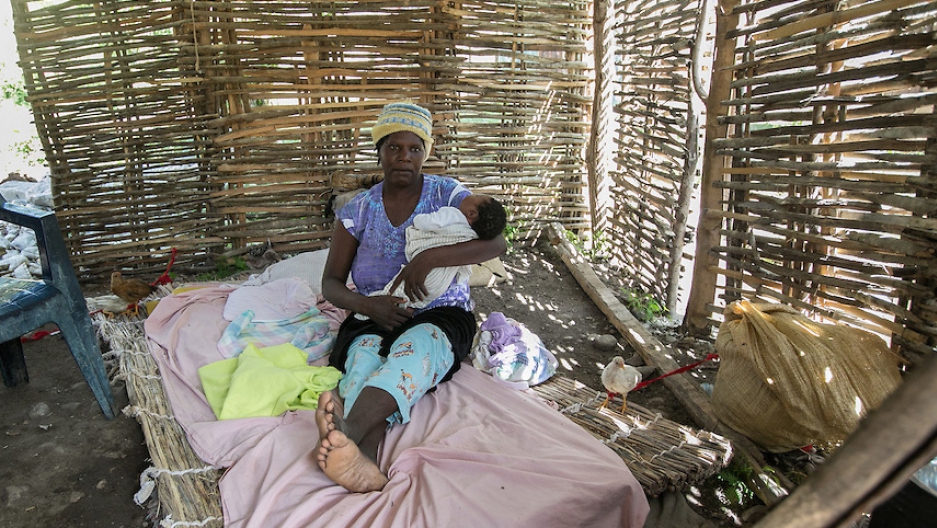 Christella Saintime sits with her 6-week-old baby, several feet from the Dominican Republic. She fled to Haiti when she was five months pregnant.
Credit: Bahare Khodabande
Share

A world away from Europe, another migration crisis is playing out, but it’s a difficult one to define.

On the Caribbean island of Hispaniola, tens of thousands of Haitians and their children have crossed from the Dominican Republic back into Haiti in recent months. Most were economic migrants once, trying to scratch out a living on the Dominican side of the island.

But last year, the Dominican government called on all Haitians without legal papers to leave the country. And many fled after being threatened with violence.

Since last summer, a sea of makeshift shelters has emerged along the southern end of the Haiti-Dominican border. Some call them camps for lack of a better term, but that’s generous. They’re a collection of homes made of scavenged sticks, cardboard, tattered clothing and ripped tarps. 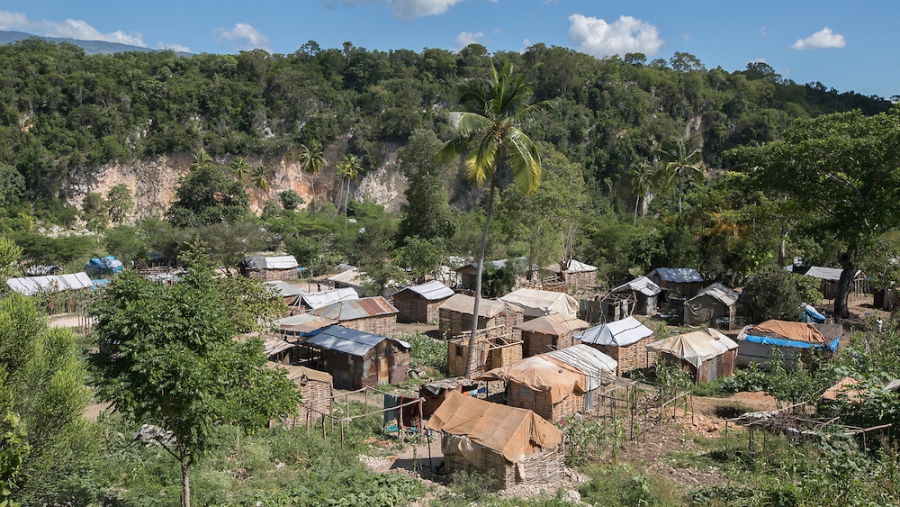 The Haitian border community of Tete a l'Eau, where hundreds of families settled in recent months after fleeing the Dominican Republic.

And many who went back to Haiti still can’t resist the economic pull of its neighbor.

Mirsis is one of them. He lives here now with his parents and two sons. (We’re using just his first name to protect his identity.) He worked in the Dominican Republic as a farm hand for eight years, but he says last June, his family gave up everything and walked across the border.

“They were threatening us in the DR,” he says. “If they were going to do something bad, we didn’t want to wait for it. They said if we didn’t go the easy way, they’d make us go the hard way."

And there were rumors of Dominicans stockpiling machetes — which seemed credible, Mirsis says, given the history here.

“They said what happened under Trujillo, if people don’t leave, they could make it happen again,” he says.

In 1937, under orders from Dominican dictator Rafael Trujillo, thousands of Haitians were massacred along the Dominican side of the border.

Now, Mirsis and his family live in this border camp, subjected to the heat, dust and health risks that include a fresh outbreak of cholera. But perhaps hardest to take, there is no income.

So how do you survive? I ask.

He says he crosses the border for occasional jobs at the farms where he used to work. “I cross on foot, with one eye in front and one eye in back,” he says, “to make sure no one hits me from behind. My heart is always jumping.”

North along the border, down a steep rocky road is a valley filled with more permanent dwellings — and vegetable gardens.

Andreis Jean-Louis greets us as we walk down the road. He says he moved here last March after some Dominicans threatened to burn down Haitian homes in the DR.

He points across the valley to a white cliff topped with trees.

“That’s the Dominican Republic,” he says. Among those trees, you can make out spots where the sun glints off glass or metal. “Those are Dominican barracks,” he says. “There’s one over there where they try to prevent people from crossing if they have no papers.” 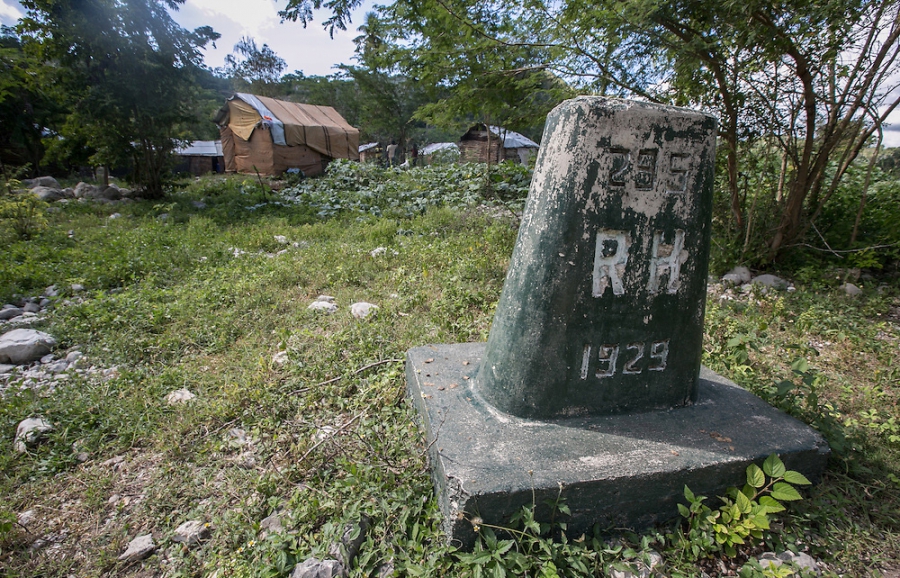 The border marker at Tete a l'Eau, Haiti.

We walk through the settlement and pick up a narrow, but well-worn path. A local named Jean Joseph Daniel says this is a daily commuter route.

“This is the path you take to get into the Dominican Republic. It’s usually easy to get through,” he says. “There are mornings they won’t let anyone pass without papers, but people take the risk, and at about five in the morning they head to work across the border.” Locals say some people walk upwards of three hours every day to reach their farm jobs in the DR.

Just before the path descends into a dried-up riverbed, it passes a stone border marker. On the Haitian side of it, in a hut made of branches, Christella Saintime sits on a foam mattress on the ground, nursing her 6-week-old baby. She says, “When I came here from the DR I was five months pregnant. ... They said what happened under Trujillo [in the 1937 massacre], if we didn’t leave, that could happen again.”

She says she fled into Haiti with her baby’s father, but he’s not here now. “There’s no work on this side,” she says. “He’s gone back to the Dominican Republic.”

This article originally appeared on PRI.org.