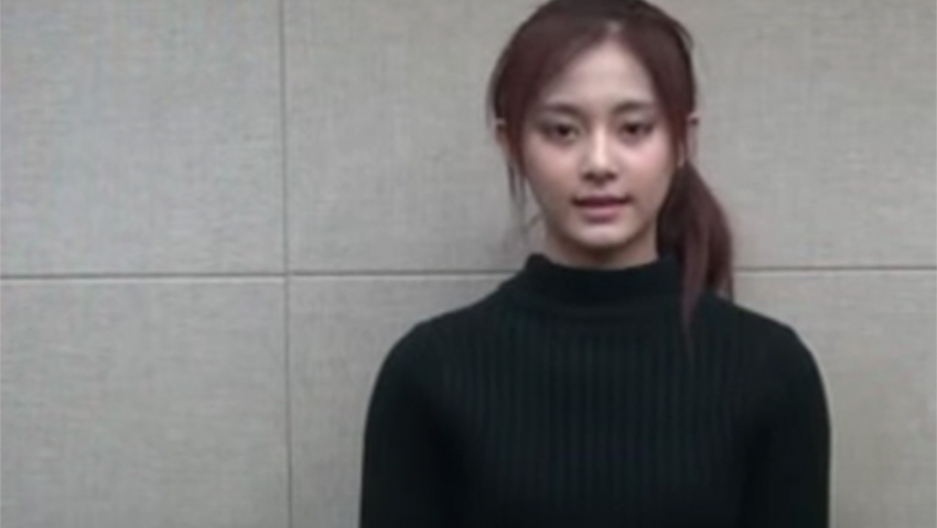 A still from the video in which 16-year-old Chou Tzu-Yu, Taiwanese singer in the Korean girl band "Twice," publicly apologizes for waving a Taiwanese flag on television.
Credit: Screengrab
Share

The first female president of Taiwan is widely seen as more supportive of Taiwan's autonomy than the outgoing Ma Ying-jeou. While her victory only became final on Saturday, China has been preparing for some time.

How? Why with a scapegoat, of course. Consider the example of 16-year-old Chou Tzu-yu.

Chou is from Taiwan and sings in a South Korean girl band called "Twice." Check out her moves at 0:37 in this video of their song "OOH-AHH."

On Saturday she took center stage in a very different kind of act — this time one intended to teach the people of Taiwan a lesson. Chou had dared to wave a tiny Taiwan flag next to a South Korean flag on television.

So, China forced her to make a humiliating apology on camera, complete with turtle neck and white tiled backdrop. Behold:

“I’m sorry, I should have come out earlier to apologize,” she says in the video. “I didn’t come out until now because I didn't know how to face the situation and the public.”

“There is only one China,” she goes on. “I am proud I am Chinese. As a Chinese person, while participating in activities abroad, my improper behavior hurt my company and netizens on both sides of the Strait. I feel deeply sorry and guilty. I decided to reflect on myself seriously and suspend all my activities in China.”

Pundits in Taiwan have compared Chou's apology to hostage videos released by the Islamic State, according to the Taipei Times. Though the Washington Post suggests that's going a bit too far and points out that it is probably more akin to the TV confessions dissidents are forced to make in China.

Regardless, the video has made many people angry, in Taiwan and on the mainland. Netizens in China came out in support of Chou, though their sentiments were quickly drowned out by state propaganda.

"This particular incident will serve as a constant reminder to me of the importance of our country's strength and unity to those outside our borders," said Tsai, Taiwan's first female president in a speech after winning.

Don't worry, Tsai. The mainland is there to remind you as well.