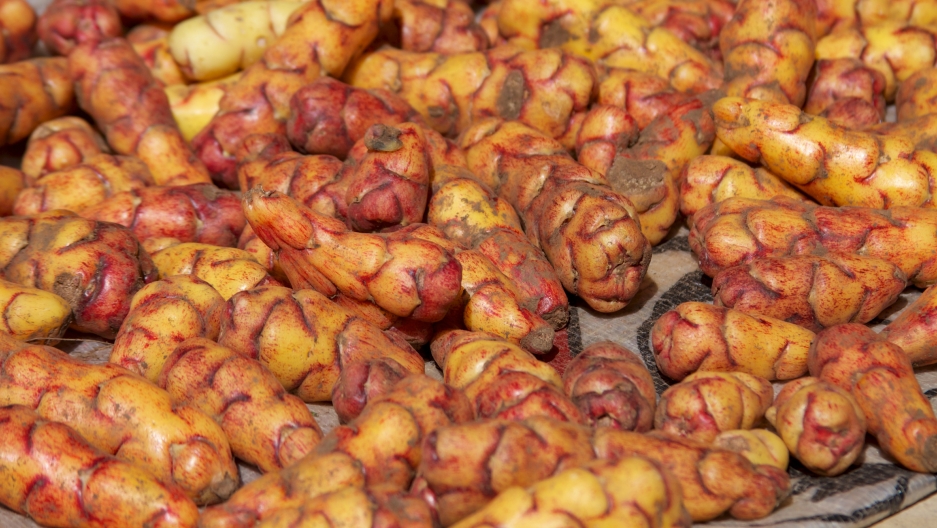 Thousands of varieties of potatoes grow in Peru.

In last year's Hollywood film The Martian, astronaut Mark Watney, played by Matt Damon, is left for dead by his crew after being caught in a sandstorm on Mars. In order to survive, Watney plants some potatoes that NASA had sent up with his crew. In this case, science fiction isn't far from reality.

America's space agency, NASA, and the Peruvian International Potato Center (CIP), are carrying out joint experiments to test the possibility of growing the Peruvian tuber in Martian soil, according to a new report by BBC World.

There are more than 4,000 types of potatoes — and most of them are found in South America. More than 300 million metric tons of potatoes are grown each year for 1.4 billion people to eat. In Peru, the CIP is tasked with choosing which kind of potato is best suited to the conditions on Mars.

Scientists have already started to conduct experiments with potatoes, subjecting the tuber to conditions similar to those found on Mars, with soil from the Pampas de la Joya desert in Arequipa, in southern Peru:

“They are volcanic soils with no life forms at all, just as on Mars,” pointed out Joel Ranck, CIP communications officer. "Peru is poised again to play a role in the potato's fate, hosting a project to take the tuber to the space."

During the first stage, nine varieties of potato have been chosen and will be grown in the desert soil, and the Martian atmosphere will be simulated in a controlled environment to see how it affects the tuber's growth. This in order to learn how viable farming could be on the Red Planet.

The Arequipan Pampas de La Joya desert is considered key, as it's presumed to be similar to Mars. Already in 2009, astronauts from the International Space Station began to develop an experiment to grow seeds of Peruvian potatoes on Mars. The idea was to try to grow five varieties of potato — out of the more than 3,000 found in Peru — to determine “resistance and food versatility,” aiming to demonstrate the possibility of growing food on Mars.