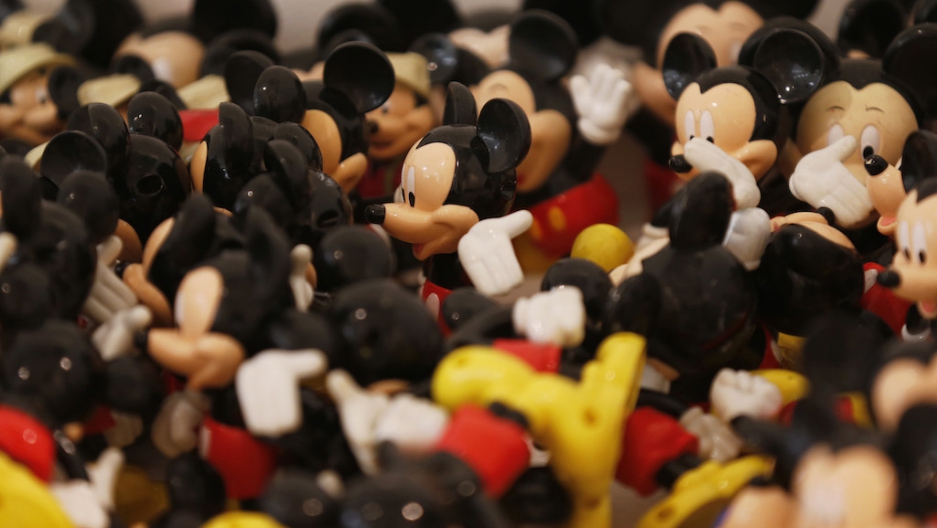 BANGKOK, Thailand — If a franchise thrives in the US, it is quickly imitated in Asia. Coffee shops called “BucksStar” and “SunBucks” have popped up in Chinese cities. Cambodia has a mini-mart titled “7 Elephants.” In impoverished Myanmar, entrepreneurs have opened faux Walmart and Best Buy shops out of crumbling storefronts.

Now the pantheon of audacious counterfeit franchises appears set to gain a new member: a “Disney” theme park, built along the Mekong River, just a hundred or so miles from the old Ho Chi Minh trail.

It’s called “Disney Laos” and, even by Asia’s standards, this is an exceedingly brash knockoff.

Construction will begin soon in Laos, a poor, communist nation better known for rice paddies and land mines than kid-friendly getaways. The park is sited in a remote province called Khammouane where, like in many parts of Laos, villagers still stumble across American ordnance submerged in the mud during the US-Vietnam war.

This is where a group of investors plans to spend billions on “Disney Laos.” It forms part of a larger development that includes a golf course, five-star hotels and a “cartoon character park,” according to the master plan. The project’s CEO promises it will become “one of the iconic wonders” of Southeast Asia.

Is The Walt Disney Company really keen to add a Southeast Asian backwater to its global line-up of park sites that includes Hong Kong, Tokyo and Paris?

No. Disney confirmed to GlobalPost that the corporation has “no plans for the region at this time.”

Still, the park’s developers are hoping they can slip the word “Disney” into the title without the company’s blessing.

“If it’s called ‘Disney Laos,’ then that should be permitted. But Disneyland? That would be copyright infringement,” says Somjith Aliyaphaphone, a Lao investor in the theme park. “We think that’s the case, anyways. But, yes, we’re worried about lawsuits.”

There is reason to worry. Despite the cuddly image Disney seeks to project, the corporation can be ruthless in defending its characters from bootleggers.

For Disney, seemingly no copyright infringement is too petty to ignore. The company recently sued a Michigan couple for selling edible cake decorations that portray Disney-owned characters such as Iron Man and Luke Skywalker.

Disney’s army of lobbyists is also legendary. They doggedly pushed the US Congress into tweaking laws so that the image of Mickey Mouse — a character that debuted in the 1920s — would not enter the public domain.

“If it’s called ‘Disney Laos,’ then that should be permitted. But Disneyland? That would be copyright infringement.”

Building “Disney Laos” is a particularly brazen move. When it comes to sapping the power of a global brand for profit, opening a concrete establishment is one of the more risky methods.

In China, the world’s bootlegging heartland, counterfeiters prefer to crank out portable items with untraceable origins such as bogus Louis Vuitton bags and fake bottles of Johnny Walker Red. Less scrupulous criminals have even produced fake cancer meds or fake eggs made of wax and chemicals.

Still, entrepreneurs in China have opened impressive replicas of Apple stores, Nike outlets and even an unauthorized Goldman Sachs bank branch — though quite a few phony shops have closed down under legal threats.

In Myanmar, where US sanctions held globalization’s tentacles at bay for decades, copycat shops were able to crop up with near impunity. In the country’s largest city, Yangon, GlobalPost found a bogus Kmart and a “KFC” where fries are served with chopsticks.

Many small-time shopkeepers in Southeast Asia are unaware of intellectual property as a concept. As the manager of Myanmar’s “Walmart” told GlobalPost: “How can the American Walmart tell me to change my shop? They can’t do that. I was here first!”

But while tiny shops may fly under the radar, a theme park worth billions is more likely to be targeted by a Fortune 500 company and its legal team.

There is actually a precedent offering clues to how Disney might approach a knockoff park in Asia. In the Chinese government-owned Shijingshan Amusement Park outside Beijing, visitors have been treated to a crudely imitated Cinderella Castle, a towering green monster resembling Shrek and a not-too-shabby replica of the Epcot Center globe.

When Disney condemned Shijingshan in 2007, the park’s managers claimed that its characters’ resemblance to Mickey Mouse and Donald Duck amounted to a huge coincidence. Then they quietly phased out the look-alike mascots after negotiating with Disney.

China’s copycat wasn’t flagrant enough to stick the word “Disney” in its title. “Disney Laos,” on the other hand, has openly announced its plans in Laos’ state-run media. (The brand name doesn’t feature anywhere on the developers’ own website, however.)

Its location — inside a tiny, corrupt and authoritarian nation where international laws are poorly enforced — may help deter lawsuits to some degree. Though Laos recently signed a new agreement with a United Nations agency to strengthen protection of international brands, it’s unclear how Disney might choose to legally censure “Disney Laos.” (In a statement to GlobalPost, the company did not elaborate on whether it would tackle the park.)

Equally unclear is whether any theme park, no matter how many imitation Shreks it musters, could entice visitors to a distant stretch along the Laos-Thailand border. The park’s site is 12 hours by car from Bangkok and a bumpy nine-hour drive to Hanoi.