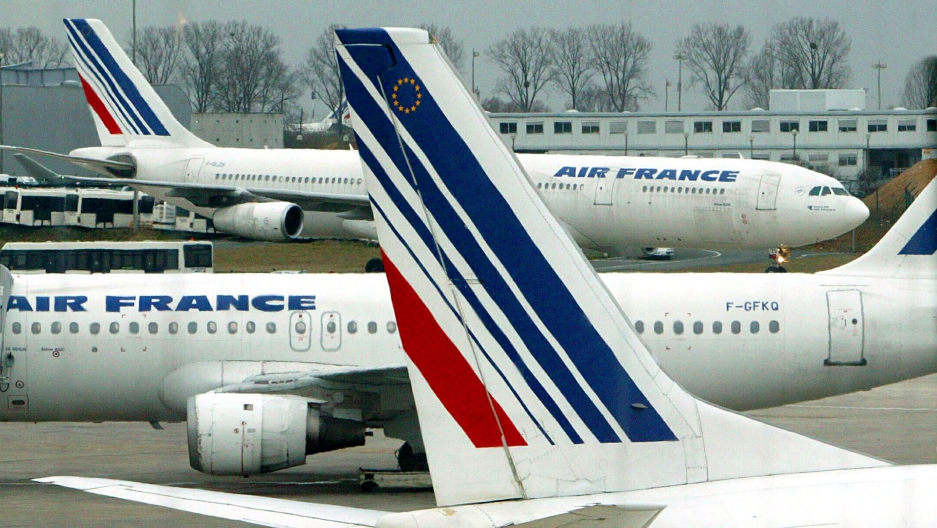 More than 30,000 people traveled to the UN's COP21 climate summit in Paris last month from aroudn the world. The UN set up a website where attendees could offset the carbon footprint of their travel.

One and a half tons of carbon dioxide. That’s roughly how much global warming pollution The World's environment team produced last month flying from the east coast of the US to the UN’s COP21 climate summit in Paris.

Multiply that by the at least 30,000 people who attended the conference, many traveling from much farther than we did, and virtually all traveling via some sort of fossil fuel-powered conveyance, and you’ve got a massive carbon footprint from a horde of people supposedly committed to cutting our collective carbon footprint.

We knew we wanted to try to offset the carbon impact of our air travel, and the UN knew others would too. After all, says Niclas Svenningsen, of the UN’s Sustainable United Nations program, “it would be ironic if you organize a COP and the only thing you achieve is increasing the global footprints.”

So for the first time, this year the UN set up a website and a booth for conference participants and others to offset the carbon impact of their travel. It allows people to go online and make up for their greenhouse pollution by either removing or preventing the same amount elsewhere through a small donation to something like a green energy plant or a low-emissions transportation project.

So how did this new option work out in its initial run? 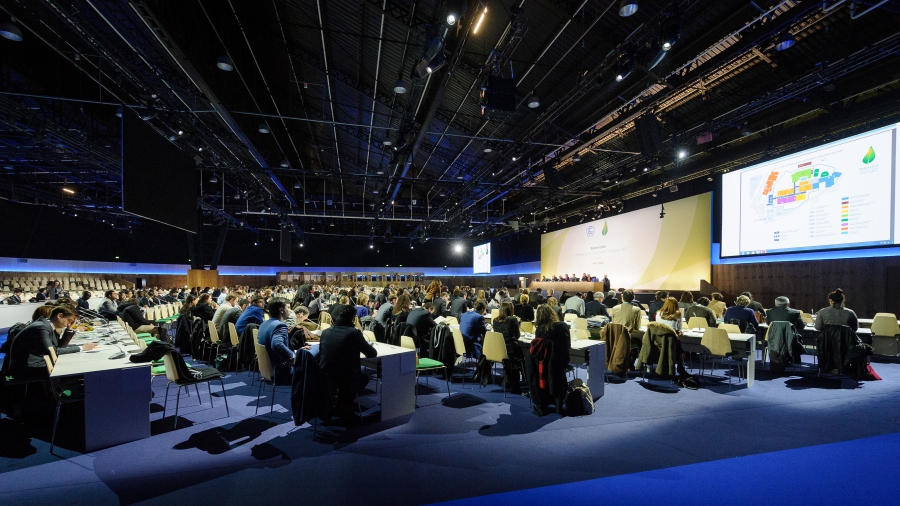 Delegates from nearly 200 countries hashed out a landmark agreement to try to prevent catastrophic climate change at the UN COP21 summit in Paris. But the agreement did not include a call for a price on carbon pollution, which leaves such efforts up to individual countries, regional governments and the private market.

Based on our own experience, an informal survey of conference participants, and the UN’s own numbers — not so well.

When I went looking for the offset booth at the massive Paris conference center, I had a hard time finding it, even after it had been moved to supposedly make it easier to find. And when I did find it, it wasn’t as easy as just swiping a credit card or laying down a few euros. It ended up being more complicated than I had time for, so I bookmarked it for later.

Then when our producer Carolyn Beeler went out in the last days of the conference to conduct an informal survey, she found that I wasn’t alone. Most of the people she spoke with had not offset the carbon impact of their travel through the UN system.

And it turns out that’s pretty typical of the bigger picture when it comes to carbon offsets. In 2014, far less than one percent of global carbon emissions were mitigated through voluntary offsets.

There are a lot of reasons for that. It’s safe to say most people don’t know about offsets. Others who do know might not want to pay what’s basically a voluntary tax. And even for people who do want to pay, there’s not a lot of confidence in the system.

“Part of the problem, in the past at least, has been it’s very hard to know which carbon offsets really represent real reduction or not,” Dan Bodansky told Carolyn. Bodansky teaches international environmental law at Arizona State University, and someone like him should be able to figure this stuff out. But even he finds it complex.

“I have tried to do some research to try to figure out which ones make sense to buy, but it’s actually been difficult to get good information on this" Bodansky says.

That’s partly because there are a lot of offset programs, so it’s hard to know whether an offset is really doing what’s promised. And if it is legit, it can still be hard to know whether what you’re paying for is actually a new reduction or if a company is double-dipping — getting paid more than once for the same offset.

All of which creates a big problem for the whole offset market, says Mark Trexler of the consulting group The Climatographers.

“If you can’t tell the difference between a good offset and bad offset, you’re almost encouraging people to figure out how to sell bad offsets into the market” Trexler says.

Trexler helped develop the very first carbon offset program in the 1980s, but he’s not such a fan anymore. He’s especially troubled by the low prices of many offsets today — maybe a couple of dollars per ton of CO2 equivalent.

“For $1 or $2 to make much of a difference in a project is pretty unlikely,” Trexler says. “So the fact that the offset market is at this $1, $2, $3 level, really has to raise a lot of suspicions about whether you’re making something new happen with that money.”

The UN says its offsets are thoroughly vetted, and guaranteed against double-dipping.

The organizers of the UN's Paris climate summit encouraged attendees to examine and address the carbon footprint of their travel to the conference.

Still, whether it was a matter of confidence, convenience, awareness or willingness, our unscientific survey of conference attendees turned out to pretty much reflect the final participation numbers. The UN’s Svenningsen later told Carolyn that fewer than ten percent of attendees bought offsets during the conference.

Of course there were some stragglers. We here at The World finally paid for our offsets this week, but even in the comfort of the newsroom it was a frustrating process.

We had to choose a specific project — which as journalists we didn’t really want to do, since it could be considered something of an endorsement. And there were almost 30 projects to choose from. After selecting one more or less at random, it turned out that the project’s PayPal account wasn’t set up so our purchase was cancelled. We finally just chose the first one on the list, a project in Chile that captures greenhouse gas emissions from pig farms and turns them into biogas fuel.

In the end, offsetting the CO2 from our flights to and from Paris cost $4.80. It took a lot of time and effort to make that very small payment, which did make us wonder about the effectiveness of our offsets, despite the UN’s assurances.

And it might tell us part of the reason that so few people at the conference seem to have used the system — it barely seems worth the effort.

To be fair, a lot of people did make their Paris travel more sustainable, just in different ways. Some that Carolyn talked with took the train to Paris instead of flying. Others bought offsets from programs they’d worked with before, and knew they could trust.

Costa Rican Felipe De León bought offsets from a small coffee plantation project in his home country. “I have absolutely no doubt where my money went," De León said, "and I like that."

You could say it was the perfect offset. But De León says an offset doesn't have to be perfect to be useful. He likes the idea in general because perfect or not, buying offsets get people thinking more about climate change as a result of their day-to-day lives.

“You wouldn’t even consider chucking a bag of chips outside of your window anymore,” De León said, “and maybe your parents or their parents probably did it a million times. I think that sort of attitude has to become ingrained for climate change as well.”

All of which raises a much bigger question — whether countries should put some kind of price or tax on all carbon emissions to basically make all of us take responsibility for our climate pollution.

But that idea is still controversial in most places, so for now it’s mostly off the table.

Meanwhile though, the UN’s offsets website is an ongoing concern, so if you’re thinking of offsetting some of your carbon footprint you can check it out at climateneutralnow.org.