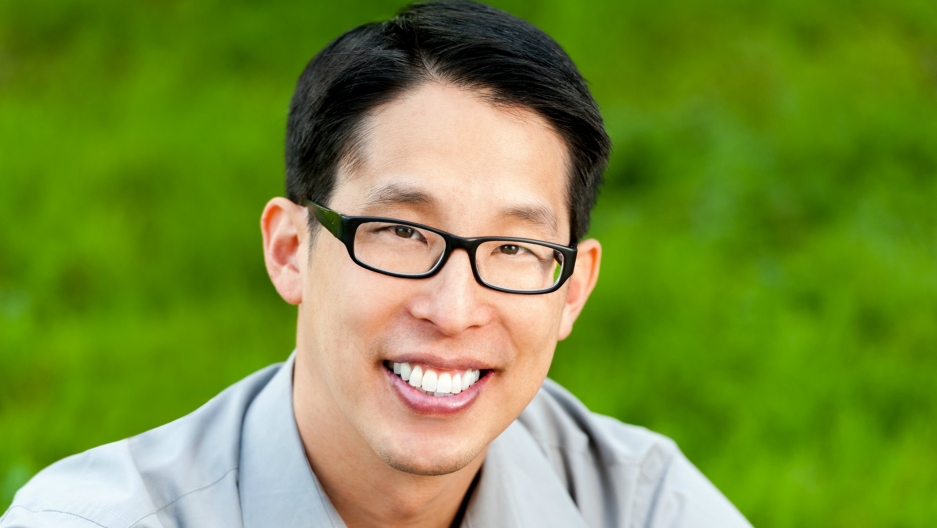 The Boxer Rebellion is one of those historical events that you're supposed to know about. Maybe you learned about it in high school, but by now the details are probably a bit fuzzy. And that's OK, because the graphic novelistGene Luen Yangpresents the conflict in vivid, explosive color in a terrific illustrated novel called "Boxers & Saints."The Library of Congress recently named Yang national ambassador of young people's literature. He's the first graphic novelist to hold that post.

"Boxers & Saints"tells the story of the Boxer Rebellion: the year is 1900, and Chinese peasants have violently rejected Western businesspeople and Christian missionaries in their country. The Boxers, as they were called, "believed that they could call the Chinese gods down from the skies and these Chinese gods would give them superpowers," Yang explains. The Boxers killed an enormous number of Chinese Christian converts before the rebellion was put down by international armed forces. 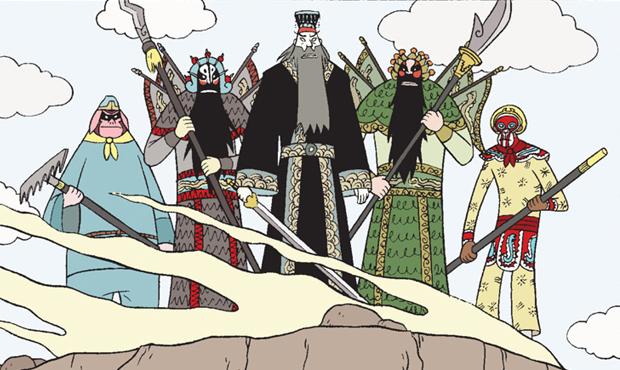 Yang's graphic novelfollows two fictional Chinese teenagers on opposing sides of the conflict. Four-Girl is a convert; Little Bao is a peasant. In imagining the conflict, Yang drew on images from the popular culture of the time. "When I read about Chinese opera's place in these young men's lives, I saw a lot of connections between Chinese opera and American superhero comics," he tells Kurt Andersen. "Both tell stories about these heroes who dress in bright colors, who have superpowers, who fight these epic battles for the fate of the world. And in a lot of ways, the way American geeks latch on to superheroes is sort of the way these young men in China latched on to Chinese opera. They felt hopeless and angry --- and they expressed their hopelessness and anger, they dealt with their hopelessness and anger by identifying strongly with these heroes that they watched on stage."

Yang was drawn to comic books from a young age: "Every superhero negotiates between multiple identities, right? Batman isn't just Batman; he's also Bruce Wayne. So in a lot of ways I think Asian Americans and immigrants' kids in general can find reflections of ourselves in these characters.""American Born Chinese"(which was also a finalist for the 2006 National Book Awards) is the semi-autobiographical story of a kid desperate to fit in. At one point, the story morphs into a sitcom with a laugh track and comic relief courtesy of the grossly stereotypical character Chin-Kee. Yang says he reveled in making his readers squirm; what bothers him more is the culture industry's tendency to make Asians invisible. When M. Night Shyamalan cast white actors in his adaptation of"Avatar: The Last Airbender," an animated series with Asian characters, "it felt like yet another instance of yellow-face," he says. A die-hard fan of the original, Yang posted a rant on his blog. That got the attention of a comic-book publisher, who hired him to create a print comic based on the series.

Yang has also been tapped by DC Comics to write Superman --- an offer he couldn't refuse. "The 12-year-old in me is freaking out," he tells Kurt. But taking the DC gig meant he had to leave his day job as a high school administrator. "It was so hard. It felt like I was breaking up with somebody. I ended up losing sleep for a couple of nights, I lost my appetite, it was crazy. But I feel like, selfishly at least, this ambassadorship is a blessing for me because it gives me another form in which to connect with students." 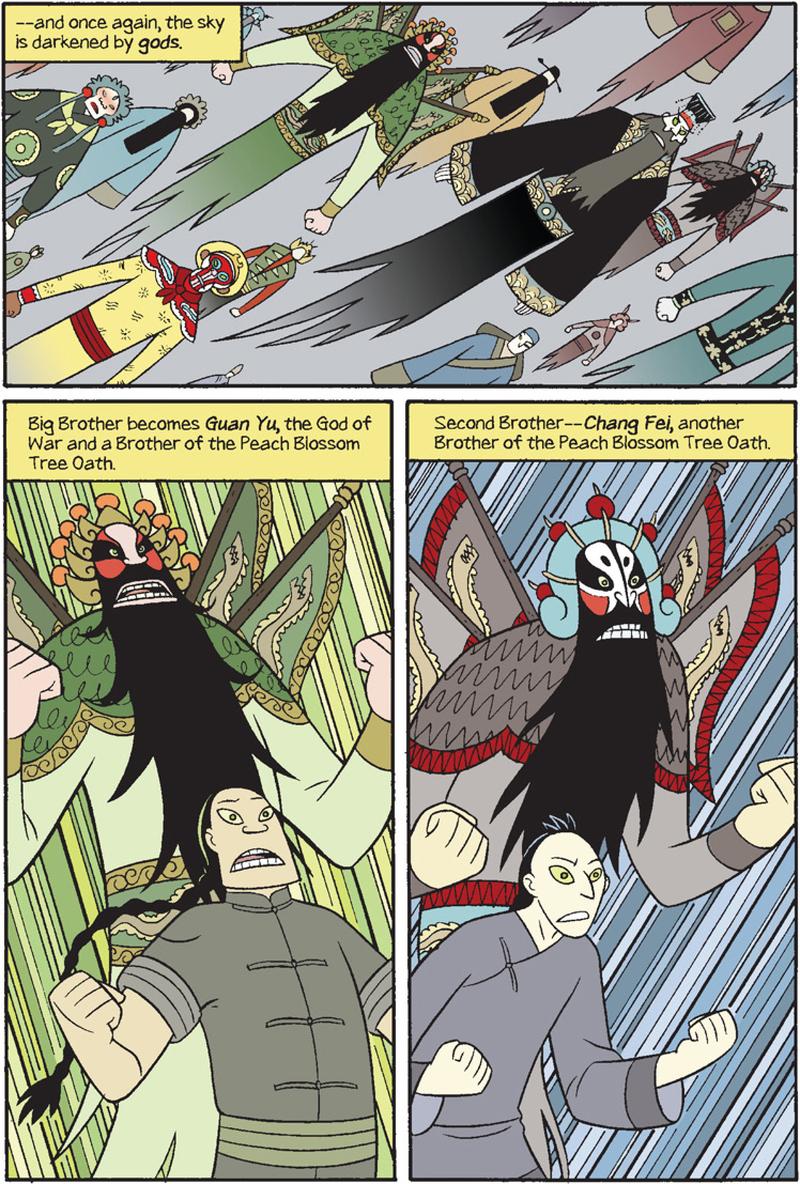