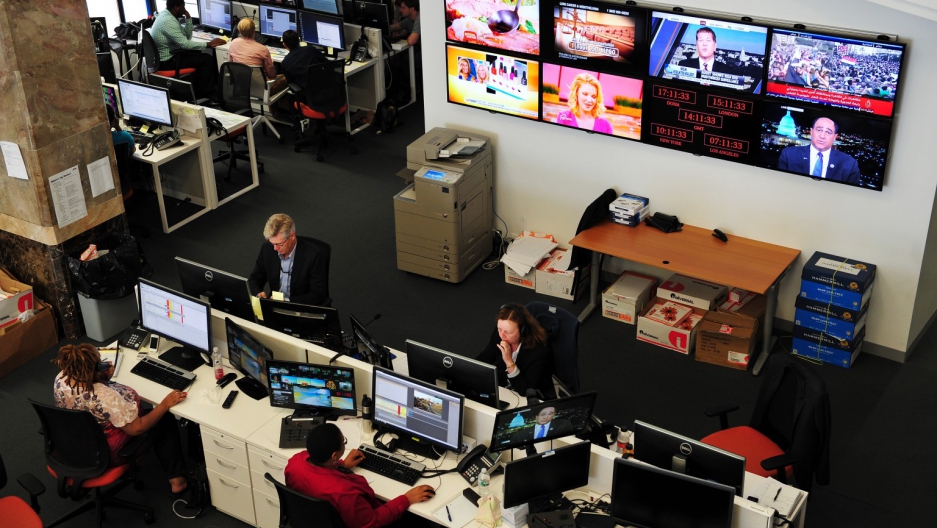 At its peak Al Jazeera America employed some 850 staff across 12 US news bureaus and a state-of-the art television studio in New York.

When Al Jazeera America launched back in 2013, a lot of media critics said it was a game changer for this country. It hoped to establish itself as a new voice in international television news and to report domestic and international news for American audiences.

But now Qatar-based Al Jazeera is pulling the plug on its American channel, on April 30.

The crash and burn is stunning for a news channel that hired some 850 staff and opened 12 US news bureaus, as well as a state-of-the art studio in New York. The operation cost upwards of $2 billion.

“For so many of us, it hasn’t been surprising,” says one journalist who once thought Al Jazeera America was the future of news. Journalist Azmat Khan left the network more than a year ago and is now an investigative reporter for BuzzFeed News. “Though we had very high expectations when joining, it became clear quite early in to the cable channel and its network in America that it was almost doomed.”

While some critics argue that Al Jazeera America's style of news was too foreign, too serious or too toxic, Khan says the quest to create a new voice in TV news failed because of what she calls digital naiveté. “It was looking at old models for journalism, rather than innovating or experimenting with new ones. If you look at exactly what they invested in, half a billion dollars to buy a cable channel that was already struggling [Current — from former Vice President Al Gore], and then they invested $2 billion more to operate it.”

“Al Jazeera America invested in this channel at the expense of innovating or trying to do something new or pursuing this idea the future of journalism is digital and it was a stunning miscalculation.”

Khan isn’t alone in suggesting Al Jazeera should not have been producing cable programs but instead should have looked to emerging digital and social networks.

“Imagine what Al Jazeera America could have been if Al Jazeera had spent that $2.5 billion on an experimental digital media enterprise and not a cable news channel. If you look at what they did digitally, you’ll actually see some very strong reporting. They weren't getting an audience on-air, but they definitely were online. If they have pursued and put their efforts there, and then worked to innovate, it would be a totally different story.”

It would be a mistake to think @AJAM's failure means serious or "foreign" coverage could never be popular in America https://t.co/3YRLGKrllF

Vast online audiences and digital news platforms are still tantalizing Al Jazeera. At the same time, the parent company pulled the plug on Al Jazeera America, it also announced a plan to boost its international news service on digital platforms.

“As audiences increasingly turn to multiple platforms, including mobile devices, for news and information, this expansion will allow US and non-US consumers alike to access the Network’s journalism and content wherever and whenever they want.”