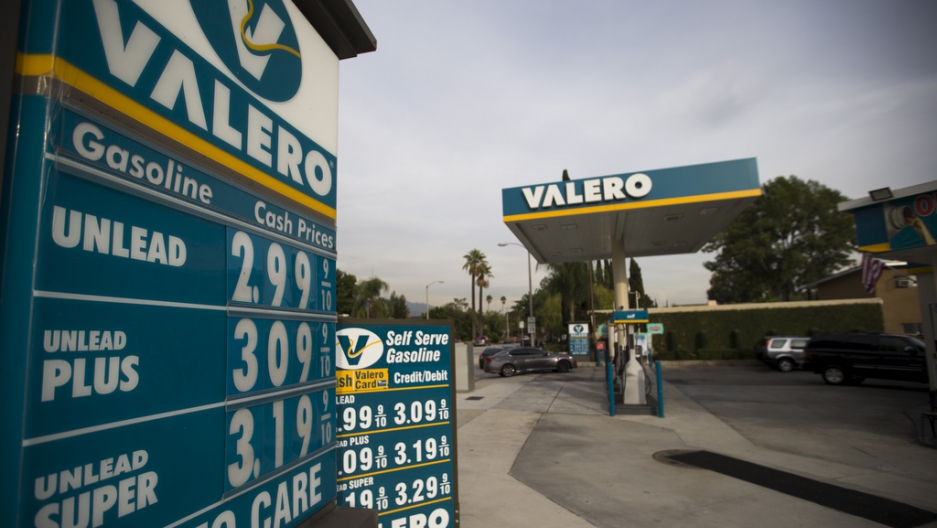 Editor's Note: This article was originally published on Jan 13. after the price of West Texas Intermediate crude oil fell below $30 a barrel. It has been updated.

Many investors are asking themselves that question after US crude oil slipped below $27 a barrel on Wednesday.

West Texas Intermediate (WTI) fell to a low of $26.19 a barrel in the early afternoon, its lowest intraday level since May 2003. It has more than halved in the past year alone.

Here's what that news means and why it matters:

New York-traded WTI determines the value of crude produced across the United States, which is also the world's biggest oil consumer.

It's light and sweet, which makes it ideal for turning into gasoline, and is one of three main benchmarks used by oil traders everywhere to set prices for the many varieties of oil out there.

Another one is Brent crude, which is a blend of oils extracted from the North Sea and is a London-traded yardstick for two-thirds of international oils.

The third key benchmark, though not as important as WTI and Brent, is Oman crude, which is traded in Dubai and is used to price Middle Eastern oils exported to Asian refineries.

The point is they are all falling — Brent has fallen more than 17 percent this year alone — and no one knows for sure where the bottom is.

Why are prices falling?

A range of factors has sent oil prices plunging around the world in the past 19 months.

The main factor is a chronic oversupply in the global market that continues to worsen, with US stockpiles growing and OPEC member countries, which account for about 40 percent of the world’s oil, refusing to cut production.

On top of that, Iraqi output is increasing and Iran is preparing to re-enter the market as early as this month — which is what the global oil market really doesn't need right now.

The economic slowdown in China, one of the world’s biggest oil guzzlers, is also weighing heavily on prices. Beijing’s move to lower the value of the yuan against the dollar last week added to concerns that the Chinese economy was in worse shape than previously feared, which could mean it will use less oil in the future.

And then there’s the strengthening dollar, which might have made overseas holidays cheaper for American tourists, but has also ramped up the price of dollar-denominated commodities — such as oil — for traders using other currencies.

How low will they go?

British investment bank Standard Chartered is particularly bearish, warning oil prices could go as low as $10 a barrel. Royal Bank of Scotland sees $16 a barrel as a real possibility and has told clients to brace themselves for a “cataclysmic year.”

Of course, if geopolitical tensions in the Middle East were to escalate or China's economy were to collapse further, those forecasts could change dramatically.

What does it all mean?

Oil prices matter, and not just because they affect the cost of gasoline for car-loving Americans.

Plunging oil prices have fueled turmoil in global financial and commodity markers as investors fret about the strength of the world economy.

Oil also has a big impact on inflation, which is a major factor in US and European central bank policy decisions.

Furthermore, some countries, like Russia and Mexico, are heavily reliant on oil revenues to finance their economies. Falling prices can destabilize entire national economies — and the nations themselves.

And then there are the oil-producing companies that need strong prices to keep their operations going. Many of them have been slashing spending and laying off thousands of workers as they struggle to cope with low prices.

If prices keep falling, as widely expected, then the world can expect more pain.