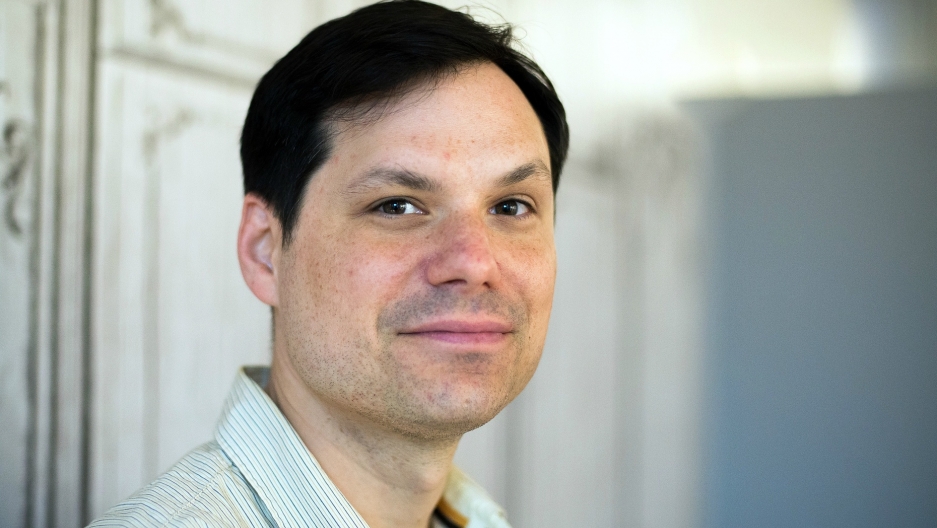 Michael Ian Black's new book "Navel Gazing: True Tales of Bodies, Mostly Mine (but also my mom's, which I know sounds weird)," is great, and you should read it. But he also has a wonderful oeuvre that we weren't able to cover in our interview on the show, and I think we would be remiss if we didn't share some of MIB's best work. And by best work, I mean the things that I could watch over and over.

Where to start? "Burning Love"is undoubtedly my all-time favorite web series. If you watch "The Bachelor,"you will appreciate its pitch-perfect satire of a reality dating show. But even if you quit watching after that super depressing season with Juan Pablo, you will still adore "Burning Love." Guys, it's so good.

Michael Ian Black plays Bill Tundle, the sometimes-smarmy and always on cuehost of "Burning Love." (Props to the writer who came up with that name.) Tundleis a gentle but disinterested shepard for the contestants through three seasons, from firefighter Mark Orlando to dental hygenist Julie Gristlewhite.MIB always has fantastic lines("Sadly, I'm sad to tell you, some sad news"), but my most favorite line is from the opening of both the first and second season when Tundle addresses the audience as "honey child." I tried to find a clip, but unfortunately Paramount has them on lockdown. You can find the whole serieson HuluPlusand Amazon.You can get a quick glimpse of MIB's performance inthis promo for season two:

The criminally short-lived series from Comedy Central starred Michael Ian Black, Michael Showalter, and David Wain as three childish men who aresuit-wearing roommates. Suits are worn on all occasions, including for activities like turkey hunting, playing wiffle ball, and yoga. It is a truly absurd show and, according to many people I know, something of an acquired taste. But this clip with cats is a good intro for the uninitiated. You can find more shorts here, or watch the series on Amazon. If you want to take a deep dive, I would also recommend this article.

MIB joined a sketch comedy troupe when he was an NYU undergrad, and that group went on to become "The State,"an early 90s offering from MTV. The cast includes comedians that are still making wonderful things like Ken Marino, Joe Lo Truglio, Kerri Kenney-Silver, David Wain, Thomas Lennon, and Michael Showalter. Perhaps my favorite sketch featuring MIB is "$240 Worth of Pudding." (Shoutout to "Capt. Monterey Jack"as well.)

"Another Period,"a Comedy Central release from this past summer, is highly entertaining. It's about a fabulously wealthy family from Providence, Rhode Island in the early 1900s and how their wealth makes them into monsters. It exaggerates the outrageous class divide of the time with wonderfulslapstick antics. But it is MIB's role as the butler, Peepers, that truly steals the show. Peepers is a grovelling sycophant to his masters and a cruel task master to his underlings, and extremely funny all around.

I did not catch this episode of the Comedy Central show we know and love, but I was delighted to find anunexpected cameo from MIB. It's short --- better to watch yourself.