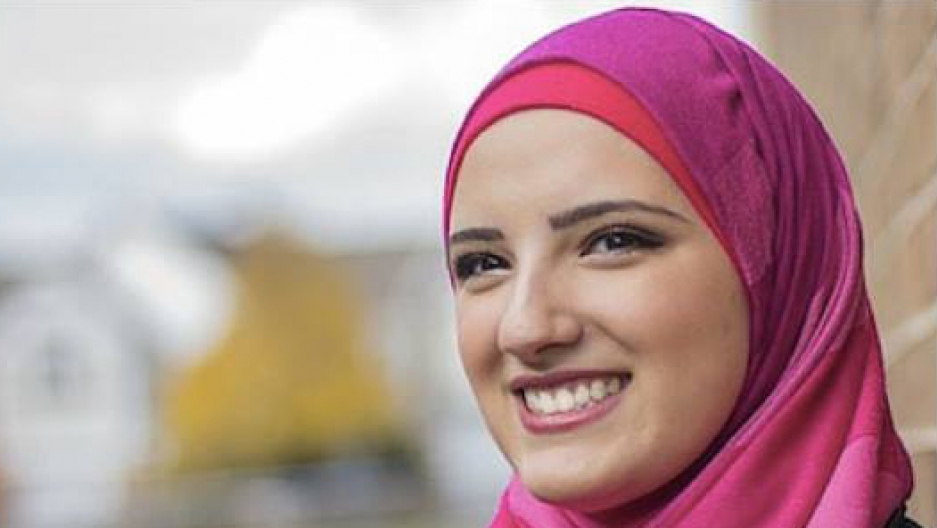 It's not an easy time to be Muslim on the streets of Chicago.

"I get comments," says Syrian American social media activist Ala'a Basatneh. "Something along the lines of 'Go back to your country!' Or I would get dirty looks, just because I'm wearing the headscarf."

But others are reaching out to the 23-year-old recent college graduate.

Illinois Democrat Representative Mike Quigley has asked her to be his guest tonight at the president's State of the Union address.

"It's gonna be one of the best events of my life," predicts Basatneh, who was profiled in the documentary Chicago Girl: The Social Network Takes on a Dictator.

Quigley calls Basatneh a "smart, brave, young woman" who put her life at risk. She visited Syria twice in recent years. But after extremists threatened her life, she cancelled plans for a third trip.

Now she's battling shifting attitudes toward Muslims in America. Basatneh was concerned to see a Muslim activist, Rose Hamid, escorted out of a recent rally for presidential candidate Donald Trump at Winthrop University in South Carolina. Hamid wore a white hijab and a shirt that read "I Come in Peace." She also wore an eight-pointed yellow pin that said "Muslim."

"I was really happy to see that standing next to Rose was a Jewish American who had the same sticker on his chest that Rose was wearing," Basatneh says. "It shows how much Americans from all different backgrounds are standing next to each other hand-in-hand, saying no to Islamophobia, no to hatred."

Basatneh praised President Barack Obama for advocating on behalf of Syrians' fight for democracy. But she said the White House missed an important opportunity to oust the dictator when it became clear that Syrian President Bashar al-Assad was using chemical weapons.

"President Obama should have intervened when those red lines were crossed," she lamented.