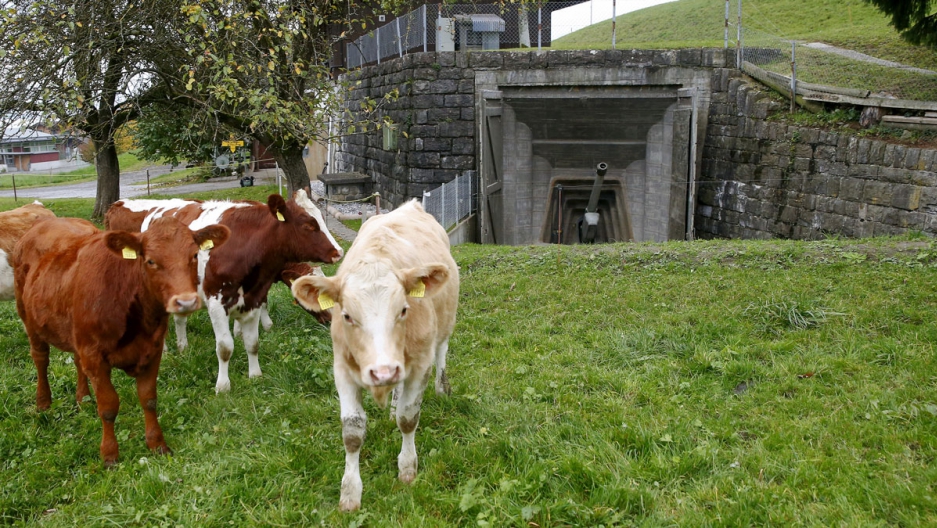 Cows stand in a meadow in front of a 10.5cm gun at the former artillery fort of the Swiss Army in the town of Faulensee.

Switzerland may not put a foreign invasion at the top of its list of threats. But, during the 20th century, Europe saw its share of devasting wars.

So Switzerland built thousands of bunkers and fortesses across the country. Most have been decommissioned; many have been put to commercial use. Entrepreneurs have used them to start hotels or data centers, museums and cheese factories.

The Swiss army has sold most of these former defenses, but Reuters reports that about a thousand unused bunkers remain, many still disguised as houses and barns.

Photographer Arnd Wiegmann has been visiting some of the military bunkers and fortresses across Switzerland. Here's a selection of our favorite images from Weigmann's travels. 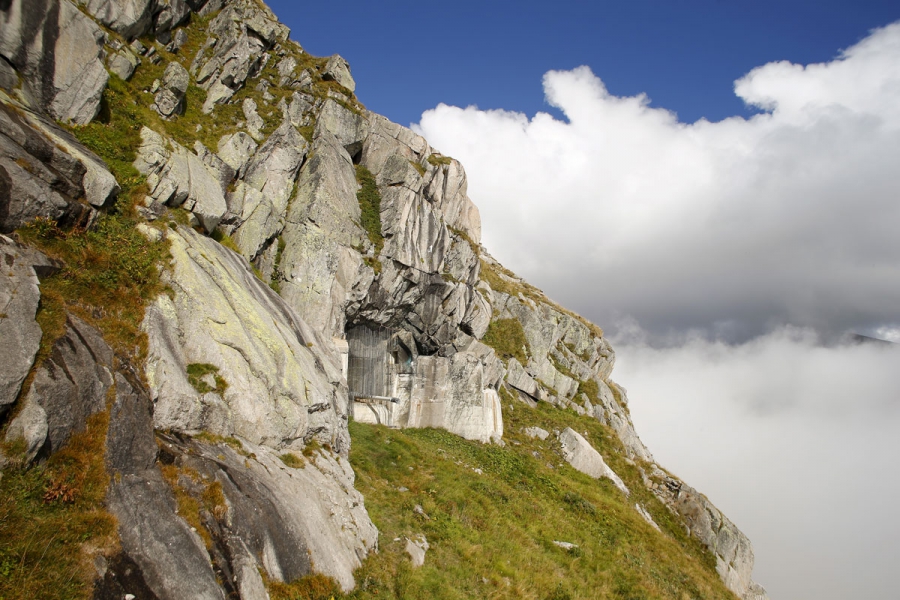 The muzzle of a 15cm gun is seen at the former Swiss artillery fortress Sasso da Pigna at the St. Gotthard mountain pass, Switzerland. Sasso da Pigna fortress, located at 6,909 ft altitude was built from 1941 to 1945 and was in military use until 1999. Since 2012 it has been open to the public as Sasso San Gottardo museum. 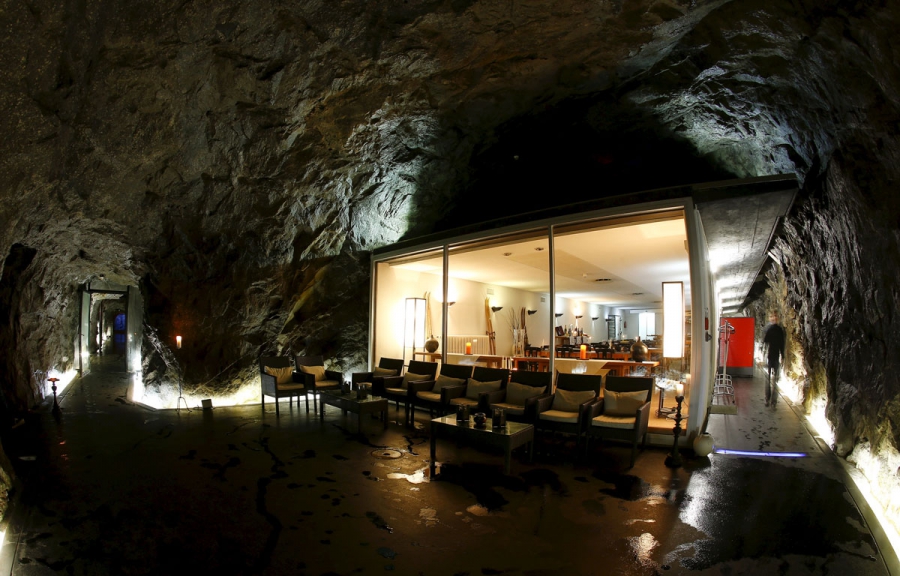 This view shows the restaurant at the Hotel La Claustra in the former Swiss army bunker on the St. Gotthard mountain pass. 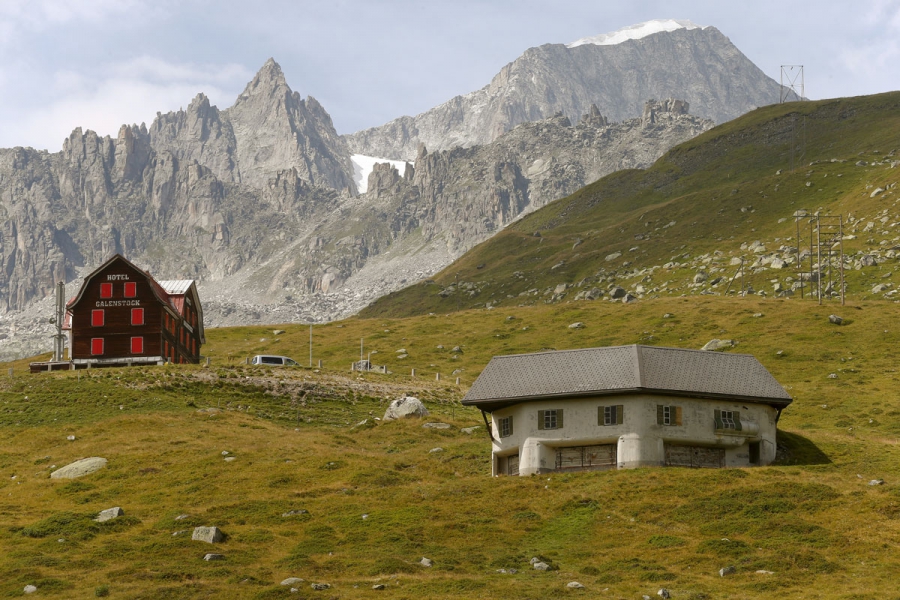 A machine-gun bunker, part of a former Swiss artillery fortress called Fuchsegg, is camouflaged as a stable beside the Furka mountain-pass road near the village of Realp, Switzerland. 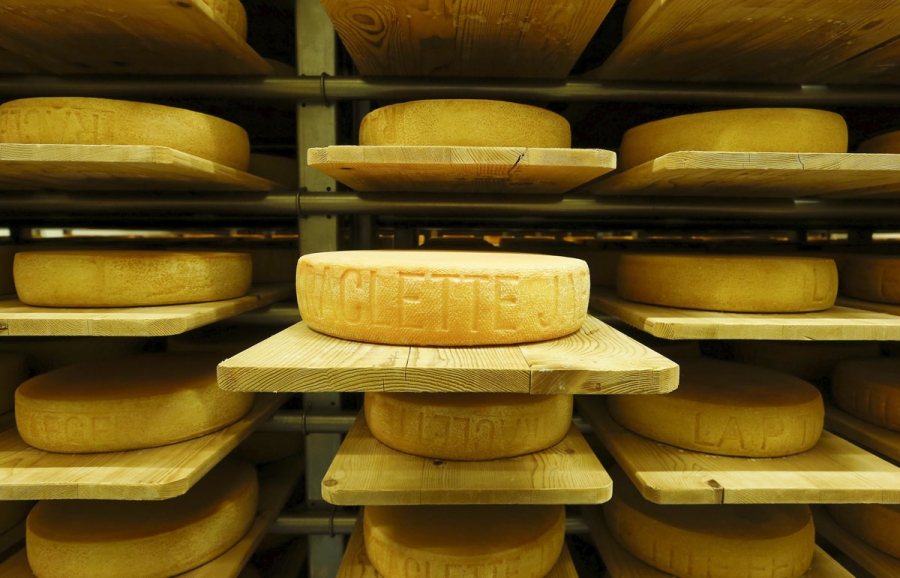 Raclette cheeses made by Swiss cheesemaker Seiler Kaeserei AG mature in storage racks in a former ammunition bunker of the Swiss Army in the town of Giswil, Switzerland. 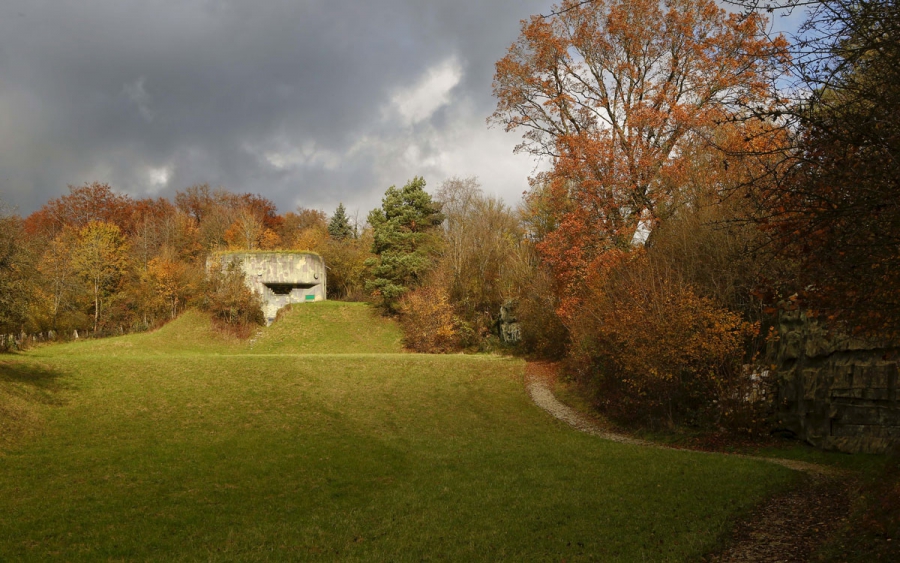 Bunkers at former Swiss artillery fortress seen on a hill near the village of Reuenthal, Switzerland. Reuenthal fortress, located on the Swiss-German border near the rivers Rhine and Aare, was built from 1937 to 1939 and remained in military use until 1988. Since 1989 it has been open to the public as Fortress Museum Reuenthal. 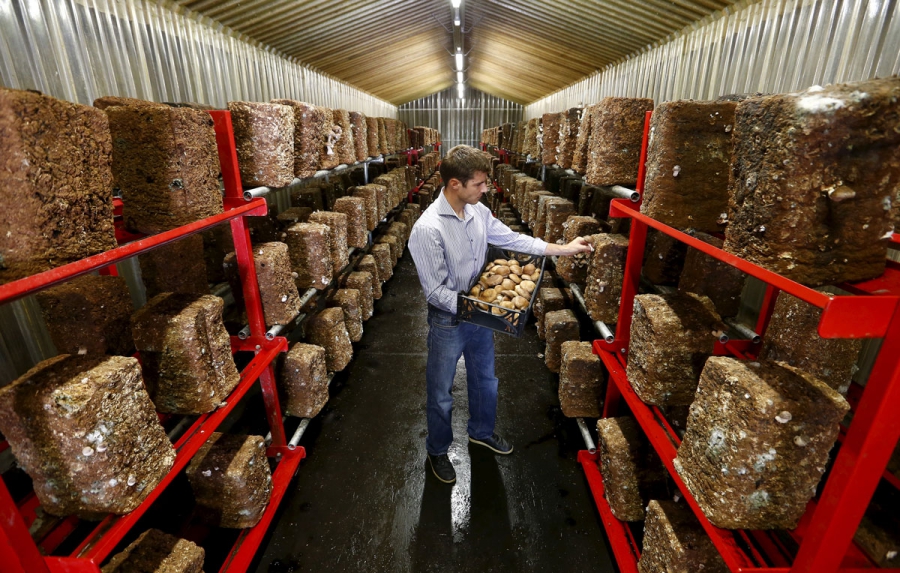 Alex Lussi of Swiss mushroom producer Gotthard-Pilze picks a shiitake mushroom inside a former ammunition bunker of the Swiss Army near the town of Erstfeld, Switzerland. 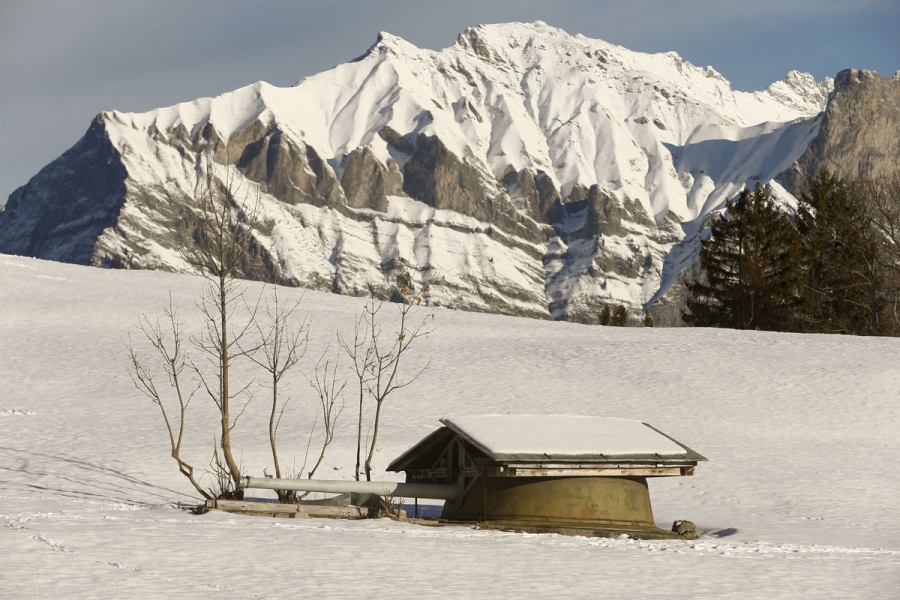 A camouflaged 10.5cm gun at the former artillery fort Furggels of the Swiss Army is seen near the village of St. Magrethenberg, Switzerland.