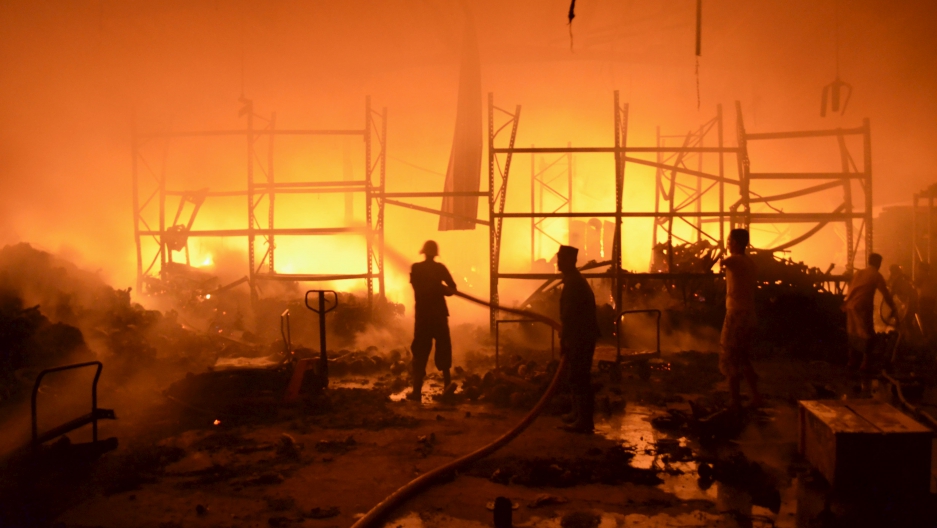 Firefighters attempt to extinguish a fire at a foodstuff storage facility destroyed by a Saudi-led air strike in Yemen's Red Sea port city of Houdieda January 6, 2016.

Saudi Arabia has taken a bold new direction over the past year. And that’s got plenty of people worried.

After decades of using only money and influence — soft power — the kingdom has reached for the sword. It started a war in Yemen last March; it has challenged Iranian power everywhere; and now it has executed a prominent Shiite dissident. Relations with Tehran have now been broken off. There’s speculation about the dangers of open war.

So who’s driving this new aggressive set of policies, and why?

The big change came with the accession of King Salman, at the beginning of 2015, according to Peter Salisbury, who worked in the region for years as a journalist, and is now an associate fellow with the London-based think-tank, Chatham House.

“A lot of tension had been building up within the regime over perceived inaction to push back Iranian influence,” says Salisbury. “And what we’ve seen in terms of a regional response is a much more aggressive Saudi Arabia, which is much more willing to use the military power it’s built up over the last two decades, to intervene. Specifically in Yemen.”

“And the message that’s being sent right now, is that they’re willing to do it elsewhere,” he adds.

The oil-rich kingdom has real fiscal problems. The 2015 budget was written assuming an oil price of $90 a barrel. It’s currently less than half that. So revenues have plunged.

To make things worse, expenditures have soared. The country has entered into an expensive and apparently open-ended and inconclusive war. Right now the Saudi government is doing the equivalent of raiding its 401k, liquidating its global investment portfolio at the rate of $10 billion a month, and maxing out its credit cards.

At current rates, some fear the kingdom will be bankrupt in a year. So Riyadh will have to take some difficult decisions in the coming months. And those decisions could be tough to sell to ordinary Saudis.

This generational change is really shaking up the country, Salisbury says. Power in Saudi Arabia has traditionally been entrusted to the oldest and most experienced members of the royal family and to a few trusted technocrats.

But Mohammed bin Salman is young and inexperienced. Officially 35, he’s believed to be much younger, probably 30. He’s currently the youngest defense minister in the world.

Salisbury says this generational change is causing consternation even within the royal family itself.

In terms of the vision of these three men for the country and the region, Salisbury argues that the first thing to keep in mind is domestic politics.

“The domestic political situation is one that will be at the forefront of their minds,” suggests Salisbury, “and that there was a perception among the Saudi public that Iran — which was always presented as this great threat — was getting the upper hand; was being allowed to become more and more powerful and influential across the region. So what we’ve seen really is a reaction to perceived missteps in the past.”

But Salisbury says the new Saudi leadership is not willing to take the Iranians on in a direct war, “because that would be incredibly costly and probably disastrous for the Saudis.”