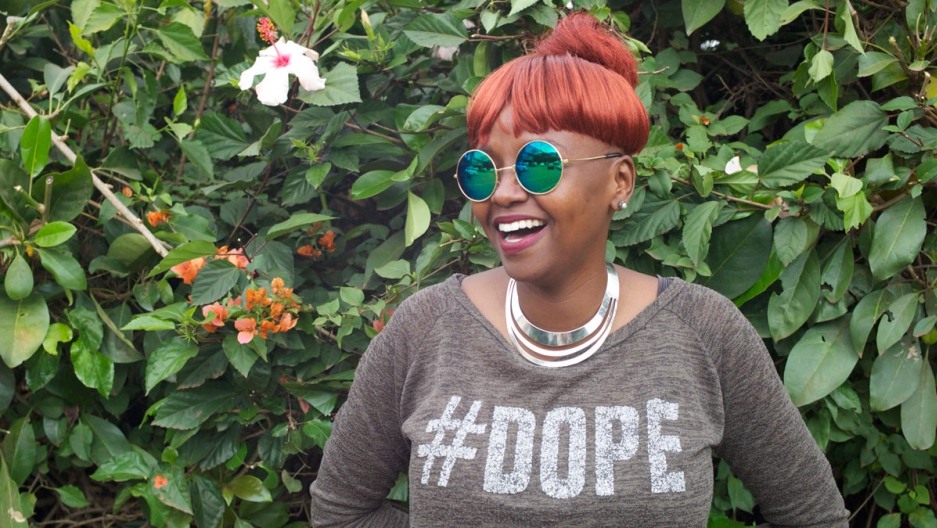 Muthoni Ndonga, outside a Java House in Nairobi, Kenya.

When Muthoni Ndonga first got into music, it wasn’t to become “the Drummer Queen,” as she’s now known, or “one of the most successful event organizers in Kenya,” or even “boss lady.”

It was to get a break from her stifling boarding school, she says. By joining the school’s drumming club, and then choir, she could go on tour with other students and get some relief from an educational system that prized test scores, uniforms, and even uniform hair styles above individuality.

"Turn on the Lights"

But she says it still took her a while to realize it was OK to become a professional musician and not the doctor or lawyer her parents hoped she’d become. “I spent six weeks in university in Nairobi pretending I was going to become an economist,” she laughs.

Maybe some of that economics training paid off, since Muthoni is now CEO and founder a hugely successful monthly performance series called Blankets and Wine. Acts from all over Africa perform in a casual and family-friendly environment. 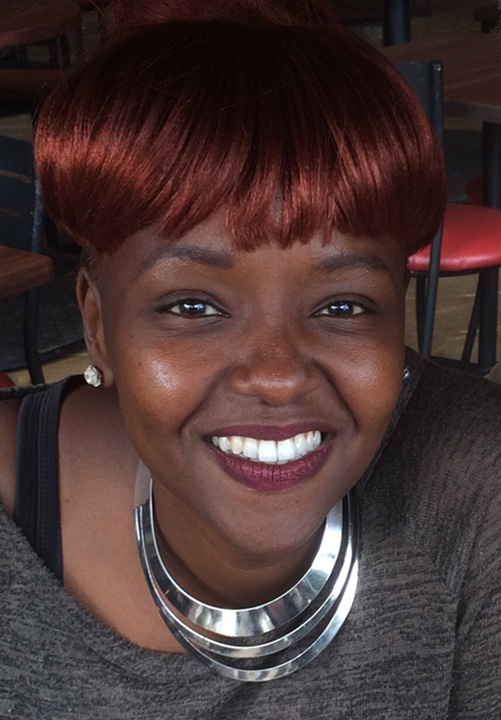 Muthoni the Drummer Queen in Nairobi

Muthoni herself often performed in her stage persona of Muthoni the Drummer Queen: part traditional drummer, part rapper, part “living breathing singer of the hero variety,” as her bio puts it.

But now, she says, she’s happy taking a back seat to the space she’s created for other performers. “The idea is to create something much bigger than I am. Even if I don’t perform, this idea can still exist,” she says. “My hand is in everything, but it doesn’t have to be about me on the stage.”

Muthoni says she got into entrepeneurship out of necessity, since a system for making, distributing and performing music is not a well-oiled machine in Kenya.

“I guess my story’s not that unique to anybody here. If you’re a musician in Kenya you end up being an entrepreneur by force, because you just have to figure it out,” she says.

Major record labels like Sony and RCA have pulled out of the country, leaving a makeshift network of “guys,” people who do everything from running studios to selling music CDs (many of them pirated) on the street to sweet-talking FM DJs into playing a song.

“I just knew when I started to make music, you just need to know ‘a guy,’” she says. “‘The Guy’ knows what needs to be done … there was no system.”

Nonetheless, Muthoni threw herself into that non-system, recording her first EP in 2008 and performing weekly in a club. When the club no longer became available, she organized her own venue in the form of Blankets and Wine. Now she’s thinking about where to go next with the idea, since the series has gotten so big, she worries smaller acts may seem like openers for big names, rather than getting the attention she says they deserve.

Muthoni’s clearly a huge force to be contended with in East African contemporary music, a “Guy” in her own right — or at least someone the guys have to notice. She says her gender has never gotten her hostility from the men dominating her field, mostly amusement. But “Now it’s like, ‘OK this is not so amusing.’ Now we are business equals.”