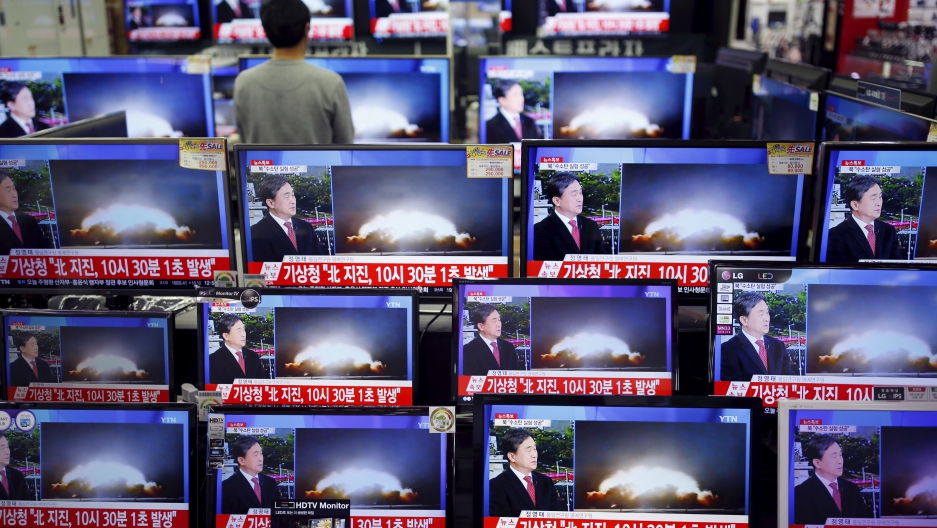 The US and other countries are scrambling to find out what kind of bomb went off in North Korea on Wednesday.

The detective work could take days or weeks, as seismic waves are more closely analyzed and US and Japanese sniffer planes try to capture and test particles from an atomic plume.

“It’s a game, an intellectual game to try to separate fact from fantasy,” said David Albright, president of the Institute for Science and International Security.

The US Geological Survey registered a shock wave equilivant to a 5.1 magnitude earthquake in North Korea this week. The country’s government claims it detonated a hydrogen bomb, but international experts are skeptical.

“We know (the blast) was closer to 10 than 15 kilotons,” said David Albright, refering to the measure of an explosive force equivalent to that of 1,000 metric tons of TNT.

“That’s not a thermonuclear weapon — it’s certainly not what people think of as an H-bomb,” Albright said.

Albright said a hydrogen bomb typically produces hundreds, if not thousands, of kilotons of force. He said, however, that North Korean claims about their nuclear program often contain some grain of truth.

Albright worries that the North Koreans might have access to thermonuclear material, and ignited some during the test detonation without it adding much to the power of the explosion.

Satellite images are available from above the detonation site in North Korea, but these images typically don't reveal much about the type of bomb detonated, Albright said. But they're more helpful for monitoring signs of preparations being made for a test detonation.

“It didn’t work very well this time,” Albright said. “We all ... knew a test was going to occur at some point, but we were surprised that it happened today. ... So we need to go back in our own analysis and see if there were indications of a test that we just missed.”

The US and Japan have sent sniffer planes to analyze the atmosphere off the coast of North Korea. The goal is to intersect with the plume of radiation coming off the test site and capture particles that would provide clues about the type of bomb detonated.

This type of testing is fairly straightforward with atomic bombs, Albright said, but more difficult with H-bombs. And it’s made much more difficult in or above North Korea.

“North Korea has a history of trying to keep us from being able to learn about its tests, so they go to great lengths to try to minimize the amount of radioactive material that comes out of the test site,“ Albright said.

Albright is not optimistic that international authorities will find radioactive debris from these fly-overs.

“Over time we’ll probably learn more, but right now North Korea wants to control the information and try to convince the world that they now have H-bomb capabilities,” Albright said.