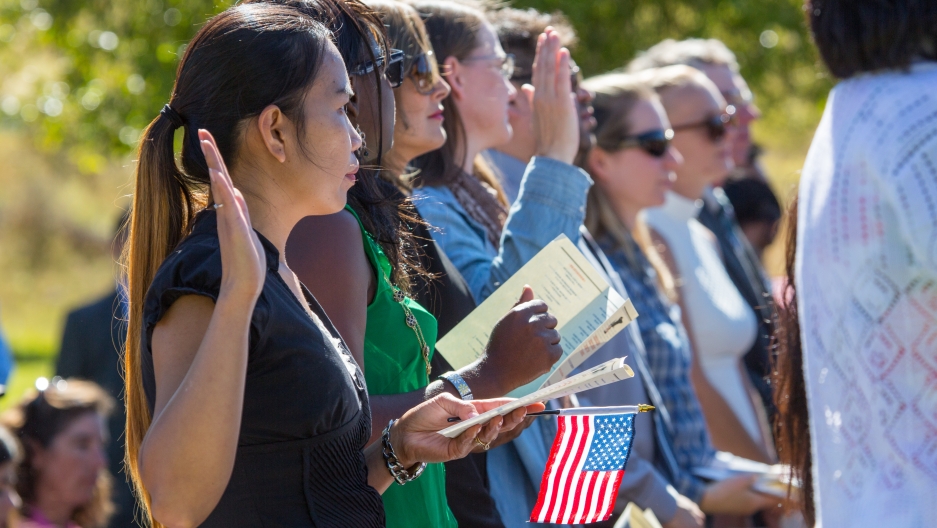 Petitioners taking the oath of citizenship at Yellowstone National Park.

“Where are you from?”

Children of immigrants, maybe those with funny names or who don’t look like what people think of as a “conventional” American — we get that question a lot. Maybe everyone does. But they probably don’t get the followup question.

This happens sometimes when your answer to the first question was something like “Iowa.” What they really want to know is “what’s your ethnic background?” But maybe that seems like a strangely clinical and intrusive question to ask right off the bat. Still, they want to know. So you say something like, “Oh, my parents are from India.”

After years of confronting this same situation again and again, you make conscious decisions about how you want to respond.

You might decide to minimize the awkwardness and just say to the first “where are you from,” “I’m from Iowa, my parents are from India.” Or, you can go the opposite way — make the questioner ask a second time so everyone’s clear about what’s going on — they want to know what you are, ethnically.

That’s not to say people have any malicious intent in asking the “where are you from” question. Abdul El-Sayed, Detroit’s new director of public health, gets it a lot when he speaks at community meetings.

“I think people are genuinely curious; they want to know about the person they’re talking to,” he says. “I often ask. And it’s funny because I feel more priviledged to ask, because the question is often asked of me.”

Another popular question we ask: “what do you call yourself?” But the answer to that question is more difficult, and perhaps even more telling, because of the general disagreement on what the term “first generation” means.

Eliza Dushku — the femme fatal vampire hunter of "Buffy the Vampire Slayer" — calls herself “second generation,” because her father was the American-born child of Albanian immigrants. Dushku just put out a documentary, “Dear Albania,” about her trip back to that country, and her father’s roots there.

“I think that finding out who we are, and where we came from, and how we’re different, and how we’re alike — all that exploration is what makes life interesting,” says Dushku, who starred in another Joss Whedon show, "Dollhouse," as a courtesan who morphed into different women with different accents and backgrounds. 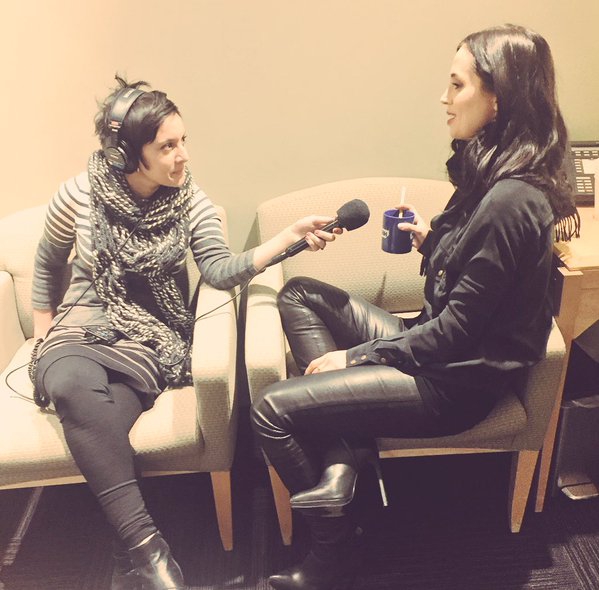 Albanians reached out to Dushku as she got famous. She learned more about Albania’s culture, and realized how much of it spoke to her own beliefs and spirit. Dushku now claims Albanian culture proudly.

But, according to academics, she is not “second generation.”

That term, and other words we still use to describe immigrants, their children, and their grandchildren, were created by sociologists more than a century ago. Van C. Tran, a Columbia University professor whose research focuses on post-1965 immigrants and their children, told me their correct definitions. “First generation” means the people who come to this country and become Americans, he says. The second generation is their American-born children, and so forth.

And, according to what Tran says, Dushku is following the pattern academics have recognized in the first, second and third generations of Americans who came out of the immigration wave a century ago. The first generations, Dushku’s grandparents, tried to blend in. The second generation, her father, did too. Dushku says he just didn’t talk about it much.

The third generation — Dushku herself — discovers their roots, recovers what they can and claims the culture proudly.

Related: The long road from 'different' to being a role model

But Van Tran argues that’s not how it’s working out for members of the contemporary first and second generations in the US. The first generation is returning to home countries, and taking their children. Those children are the first to grow in multiple cultures, taking summer or winter trips to other sides of the world and living a very different reality.

“And,” Van Tran says, “that makes it more likely that the raw material of cultural differences persist.”

Perhaps that’s why Dushku asks: “What is American now?"

Her conclusion: “America is now so many different cultures.”

Otherhood is a podcast about the people who came to the United States as children or are the children of immigrants. Share your thoughts and ideas @OtherhoodPod. Is there a question you wanted answered in this story, other than "Buffy the Vampire" trivia? Let Rupa Shenoy know. Subscribe to the Otherhood podcast here.