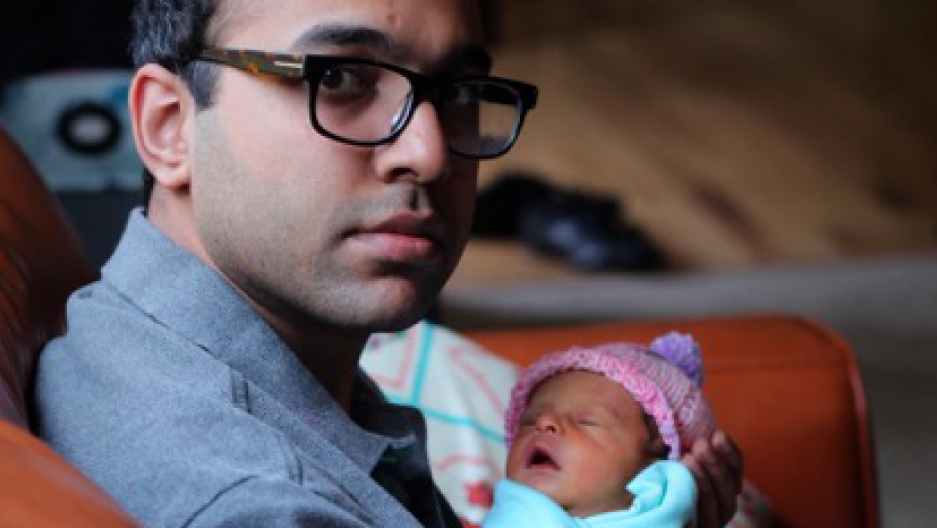 Baby Eva has yet to meet her Pakistani grandmother.

When proud parents introduce their baby to a new grandparent, it can be the thrill of a lifetime.

It's an experience Haider Javed Warraich, a Pakistani-born doctor now at Duke University in North Carolina. was looking forward to sharing with his own mother.

But his mother's planned visit to the US on Christmas Eve didn't come off as planned.

"My father dropped her at the airport, and on his way back he got a call from her saying that she was not allowed to enter the United States, and that if she did attempt to board this plane she would be deported," Haider says.

Airport officials had handed Haider's mother a letter at check-in, saying their US counterparts had canceled her visa. This even though she'd been to the US before. She'd studied at UCLA on a student visa beginning in 1998. She'd returned in 2013 for another son's wedding in Minnesota.

"She's been in Pakistan since then, where she has a thriving dental practice, and nothing untoward happened until she walked up to the terminal," says Haider, who wrote about the visa cancellation for The Guardian.

Dual citizens from Iraq, Iran, Syria and Sudan are impacted by a new US program that restricts their travel. But the cancellation of the grandmother's visa threw her family for a loop.

"Initially we were thinking maybe this was a mistake because she's the last sort of person who would be on any sort of list, or would be any sort of threat," Haider says. "She contacted the US Embassy in Islamabad, and she wasn't given any specific reason, but she was told that since she had last been here, they had received some new information. They didn't specify what that information was."

But Haider has an explanation.

"Given previous historical trends, like after say 9-11, there has always been a crackdown on Muslims applying for American visas," he says.

"Even though I don't have any direct evidence, I think it's not hard to make a correlation with the events of San Bernardino or even Paris with these visa restrictions.  We've heard anecdotally from others as well that they've had their visas cancelled in such a manner."

Haider and his mother are full of praise for America. But they see attitudes toward Muslims shifting in the US.

"All Muslims, when they turn on the television, they're afraid of what is the next thing they will see that is out to demonize them," he laments.

And he worries that his daughter may not have the same sort of opportunities that were offered to him.

Still, Eva's grandmother is optimistic. Back in Islamabad, she's reapplying for a US visa.