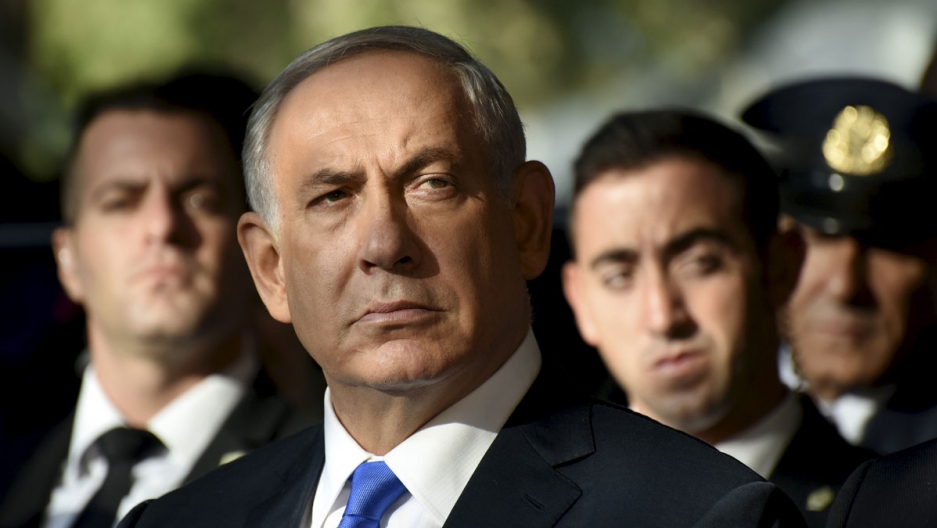 With new waves of violence unfolding between Israelis and Palestinians, and US-Israeli relations already emerging as a 2016 campaign issue, FRONTLINE begins the new year with Netanyahu at War.

This special two-hour documentary by filmmaker Michael Kirk tells the inside story of the complicated political history between America and Israel — with a particular focus on the events that have defined Benjamin Netanyahu, one of Israel’s longest-serving prime ministers and a polarizing figure on the world stage.

Among the events featured in the documentary: Netanyahu’s rise to power in the wake of the 1995 assassination of former Prime Minister Yitzhak Rabin by a right-wing Israeli Jew.

With fresh accounts from Israeli, Palestinian and US diplomats, the documentary explores right-wing anger in Israel over Rabin’s support of the US.-brokered Oslo peace accord with the Palestinians, and how Netanyahu became the face of the opposition as it grew more hostile.

Rabin’s widow blamed Netanyahu, then head of Israel’s conservative Likud party, for contributing to the atmosphere that led to her husband’s death — and said so on worldwide television. But a close Netanyahu’s aide disputed that.

“The attempt to pin on him the murder of the prime minister is a cheap, political propaganda trick that was taken by his political opponents, mostly from the left, in order to delegitimize Netanyahu,” former Netanyahu advisor Eyal Arad says.

Others see it differently.

“There were moments when Netanyahu was advised that there are real nutcases in the national religious camp that we see, that we need to calm down, even gesturally,” says David Remnick, editor of The New Yorker. “Netanyahu never did that, he never did that, to his enormous discredit.”

As the nation mourned Rabin’s assassination, Netanyahu talked about the political costs of Rabin’s death.

“I remember Netanyahu saying to me, ‘Look, look at this. He’s a hero now. But if he had not been assassinated, I would have beaten him in the elections and then he would have gone into history as a failed politician,'” Martin Indyk, former US Ambassador to Israel, says.

Soon after, against a backdrop of renewed attacks by Palestinian extremists, Netanyahu, promising to take a hard line on terrorism, was elected prime minister — officially ushering in the Netanyahu years.

"Netanyahu at War" premieres Tuesday, Jan. 5, on PBS and online at 9 p.m. ET. Check your local PBS station for details.

This story was cross-posted by our partners at Frontline.