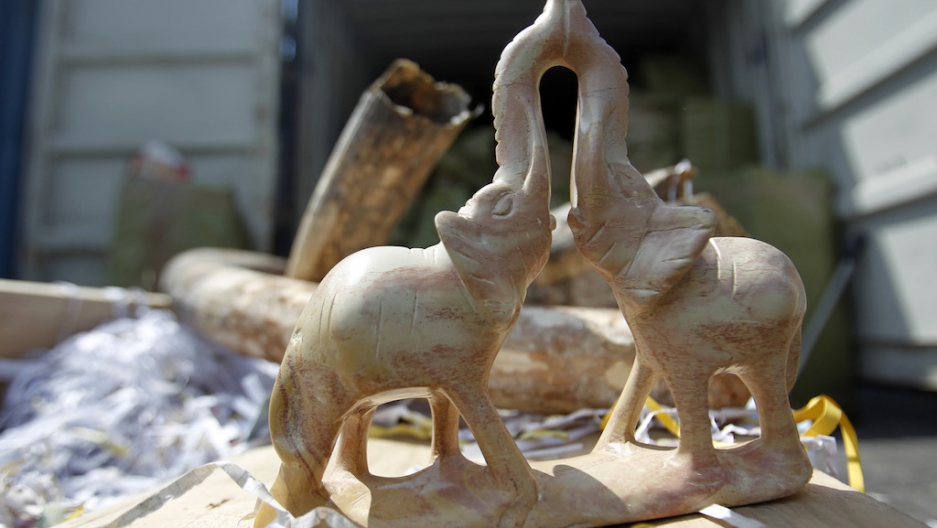 KUALA LUMPUR, Malaysia — Muslim clerics in Indonesia and Malaysia have become unlikely warriors in the battle to save endangered animals, declaring wildlife poaching a sin in the two Muslim-majority nations.

Clerics in Malaysia’s northeastern state of Terengganu recently joined Indonesia in issuing a fatwa — a religious edict — against illegal hunting. When Indonesia’s top Muslim council issued a fatwa in 2014, it was hailed by conservationists as the first of its kind.

The neighboring Southeast Asian countries are among the most biodiverse nations on Earth, home to a vast array of animals — from tigers and rhinos, to elephants, sharks and manta rays.

But the region has become a global hotspot for wildlife poaching due to growing demand for animal parts used in traditional Asian medicines, exotic pets, food and trophies, combined with weak law enforcement.

“Religion is a powerful medium,” Gopalasamy Reuben Clements, a scientist at Universiti Malaysia Terengganu who was involved in pushing for Terengganu’s fatwa, told GlobalPost.

“The whole idea is not to create a new law but to support the current civil law against poaching. We are not trying to change the culture overnight but we are hoping that the fatwa will help build peer pressure.”

The fatwas come as the threat of fines and jail terms seem to be having little effect in combating the lucrative illegal wildlife trade.

“As Muslims, we have a duty to maintain the ecological balance.”

The edicts are not legally binding, but are aimed at influencing the behavior of the faithful. For example, the Terengganu fatwa against poaching says Muslims who violate it will be considered “sinful.”

Clements said Islamic clerics can play a “major role” in raising public awareness on conservation issues in a Muslim heartland such as Terengganu, where over 95 percent of the 1 million population follow Islam.

It is hoped the fatwa, which was announced in late November, can later be extended across the whole of Malaysia, he added.

The top Islamic clerical body in Indonesia — home to the world’s biggest Muslim population — said it decided to issue a nationwide fatwa against illegal hunting and the trade in endangered species as protecting animals was in line with Quranic teachings.

“Animals have a right to live and we humans should protect them and ensure that they flourish,” Asrorun Niam Sholeh, a secretary at the Indonesian Ulema Council overseeing matters related to fatwas, told GlobalPost.

“As Muslims, we have a duty to maintain the ecological balance.”

Despite the renewed push to stop poaching, authorities and conservation groups face an uphill battle.

Frequent reports in both Malaysia and Indonesia about endangered species being killed for their valuable body parts — such as elephants’ ivory tusks — and about alleged wildlife traffickers being arrested show the magnitude of the problem.

Just last month, wildlife protection officials seized 60 protected turtles and frogs in Terengganu that were allegedly to be sold to local restaurants, as well as rare birds in a separate raid.

Last year, Malaysia’s iconic Malayan tiger was placed on the “critically endangered” list by the International Union for Conservation of Nature, the world’s leading authority on the conservation status of species, as its population is thought to have shrunk to around just 250.

More from GlobalPost: Moderate Malaysia has so many fatwas there’s a website to keep track of them

In Indonesia, the most prominent recent case was the death by suspected poisoning in September of a tame Sumatran elephant named Yongki, who used to help rangers patrol threatened rainforest habitats. The killing of the critically endangered animal for his tusks sparked a surge of online anger and featured on several newspaper front pages.

There is as yet little evidence to suggest the fatwas have had a major impact.

Nevertheless, Sholeh of the Indonesian council insisted awareness about poaching and the illegal wildlife trade had grown since last year’s fatwa, while cautioning it would be a “long-term” effort to convey the message that poaching is against Islamic teaching.

There are signs that previous efforts to invoke religion to increase awareness about particular issues have been effective.

In 2009, Clements worked with Islamic figures in Terengganu to raise awareness about turtle conservation, and says that locals surveyed afterwards showed heightened interest in the issue.

Indonesian authorities also took a religious approach when trying to combat people-smuggling. Indonesia is a major transit point for asylum-seekers, including many Iranians and Afghans, en route to Australia; officials warned residents in deeply religious communities on the southern coast of Java that helping human traffickers transport migrants was a sin.

While they praise the novel religious approach, conservationists say that authorities need to focus more on strictly enforcing existing laws.

More from GlobalPost: 6 endangered animals that poaching might take from us forever

Under Indonesian law, trafficking in protected animals can result in a maximum of five years in jail and 100 million rupiah ($7,176) fine. In Malaysia, illegal hunting can be punished with a fine of up to 50,000 ringgit ($11,510) or two years’ imprisonment, or both.

Law enforcement has been regularly criticized as patchy in both countries, and convictions for wildlife trafficking and killing of protected animals are still rare.

“The fatwa helps put the poaching issue in the spotlight, it focuses on a community where many are involved in illegal hunting,” said Chris Shepherd, regional director in Southeast Asia for TRAFFIC, which monitors the wildlife trade, referring to the Malaysian fatwa.

“It is nice to hear voices other than enforcement and conservation groups' on this issue.”

However, governments in the region need to “make full use of national laws to protect native wildlife and work together to tackle the international illegal wildlife trade that has led to Southeast Asia being a global hotspot,” Shepherd told GlobalPost.