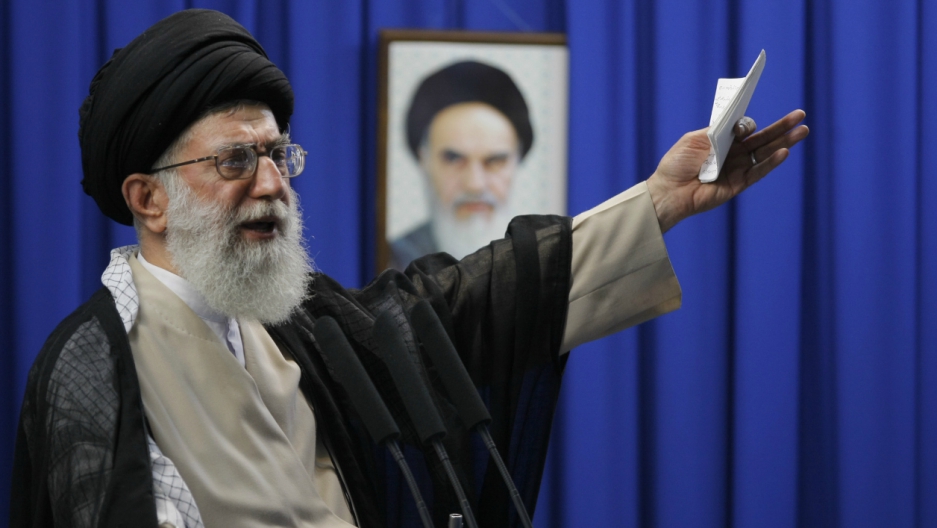 Iran's supreme leader said Monday the United States was seeking to influence next month's elections in the Islamic republic but said such efforts would receive a "punch in the mouth."

Ayatollah Ali Khamenei's comments related to parliamentary polls and a ballot for the Assembly of Experts, a powerful committee of clerics who will pick the country's next supreme leader when the incumbent, who is 76, dies. Both elections take place on February 26.

Political moderates and reformists are seeking to wrest back control of the currently conservative-dominated 290 member parliament on the back of President Hassan Rouhani's nuclear deal with world powers last year.

More from GlobalPost: The Iran accord is going to change everything

The Assembly of Experts is also heavily made up of conservatives.

Some 12,000 candidates have registered for the parliamentary election but many are expected to be excluded during vetting procedures carried out by another top Iranian committee, the Guardian Council.

Khamenei told a meeting of prayer leaders that attempts by "enemies" to distance Iran from its revolutionary mandate — the Islamic republic was formed in 1979 after the overthrow of a US-backed shah — would fail.

"Americans have set their eyes covetously on elections but the great and vigilant nation of Iran will act contrary to the enemies' will, whether be it in elections or on other issues, and as before will punch them in the mouth," he said.

The supreme leader, whose authority outweighs all politicians including Rouhani, has warned in recent months that July's nuclear deal — which is yet to be implemented — would be followed by US attempts to "infiltrate" Iran.

Reiterating such sentiments on Monday, he said the US goal was to bring the Islamic republic closer to "their own goals rather than Iran's goals of the revolution."

"Those who have access to information know what traps have been laid or are being laid for the country in order (for them) to infiltrate the nation's will and decisions," Khamenei said.

"We must all be vigilant with regards to infiltration," he warned, comparing any such person who managed to find their way into parliament or the Assembly of Experts to "termites who would gnaw and weaken (Iran's) foundations from within."

Although the nuclear deal was hailed as a major diplomatic success for Rouhani its benefits for Iranians — economic sanctions are due to be lifted in return for curbs on Iran's nuclear program — may take years to be felt.

The White House threatened last week to impose new sanctions on Iran as punishment for its ballistic missile program, even though the nuclear deal is due to be finalized later this month or soon after.

If new sanctions are enacted, the accord could fall apart as Khamenei has said more sanctions, under any pretext, would constitute a violation. Iran's missile program was not included in the nuclear deal.