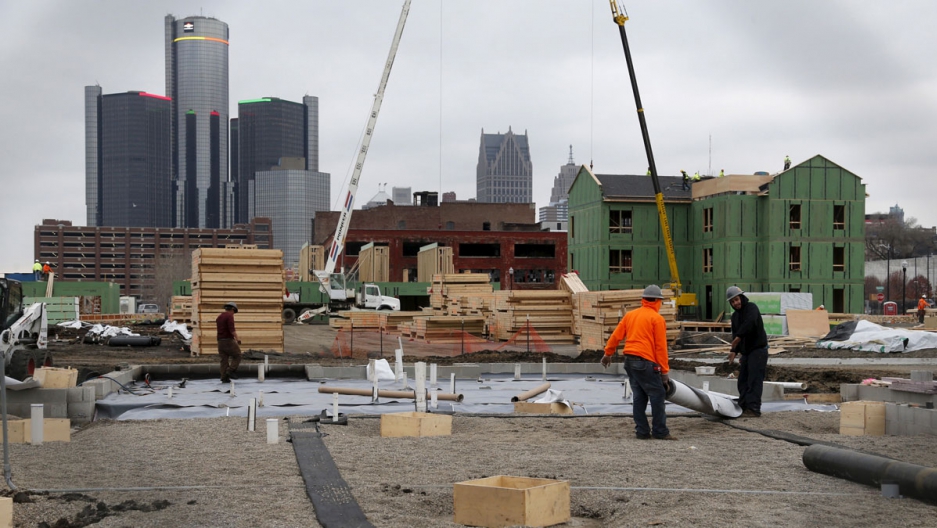 Construction is seen on a new housing development along the riverfront in Detroit, Michigan, December 9, 2015. A year after the city exited the biggest-ever US municipal bankruptcy, a plan to demolish half of its nearly 80,000 blighted or deteriorating structures — nearly one in three city buildings — is showing some signs of success.

For the third year in a row Detroit has a homicide rate at a level lower than it's been in about 50 years.

Even so, if I want the person next to me on a plane to think I'm more badass than my petite female self would suggest, I say I'm from there. But it's not really true. I live in a college town 45 miles from Detroit and grew up three states away.

I first saw Detroit in the late 1980s. By the early 90s I was working in the Cass Corridor. This area of the city was notorious for crime, prostitutes and drug deals. My co-workers and I regularly had our cars vandalized and I knew more than a few people who were carjacked on their way to the office. These were the years when violent crime was at its peak in Detroit.

I carried Mace, but never really thought much about the dangers around me as I walked past abandoned buildings to my car after late-night shifts on air.

Perhaps it was my young person's invincible streak. The same one that allowed my contemporaries to run off to far flung conflict zones and collapsing countries to try to make it as foreign correspondents. Hard to say if I was in more or less danger than someone in Kosovo or Baghdad. But Detroit sure looked equally like a war zone at the time. 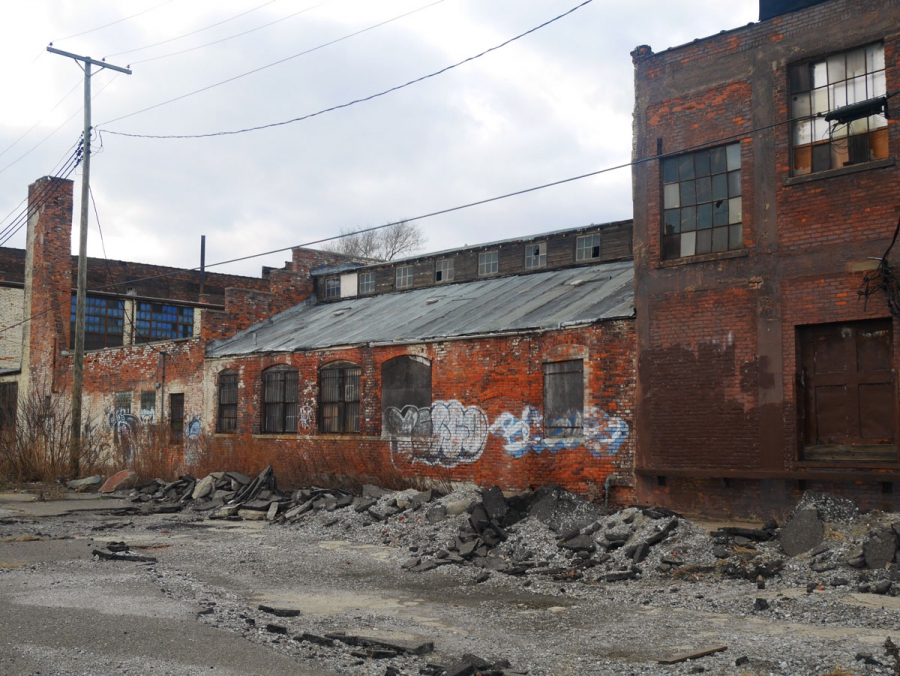 A rundown building in Detroit.

I'd never seen the city in its heyday. I didn't know what had come before the hard times hit. My first impression of the city was that the Luftwaffe had just hit.

The only reference point I had were of streets where house after house was burnt and crumbling was newsreels of London during the air raids. Except that the towering weeds surrounding the houses in Detroit were evidence the damage hadn't just happened the previous night.

But it's not really polite to talk about the city this way, even in past tense. Analogies linking the city to war-torn locales are frowned upon here. Scorn is heaped on those who compare it to Beirut or the like. 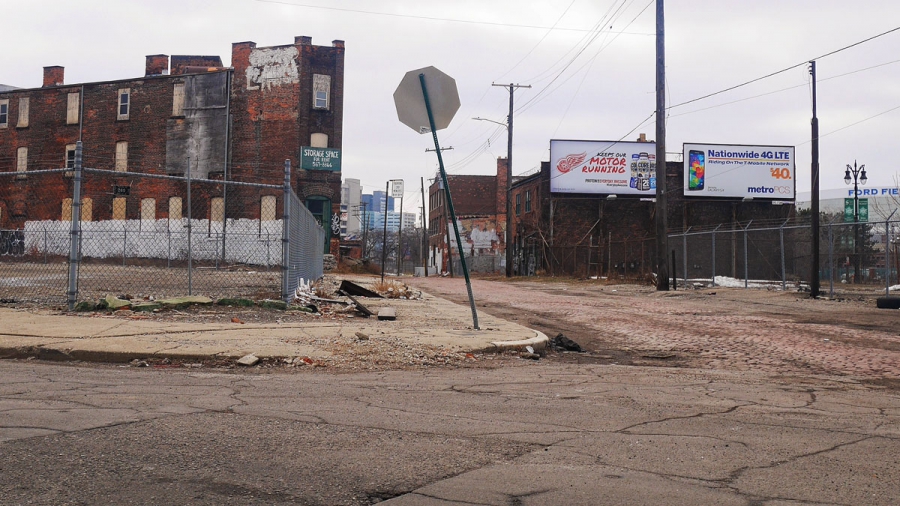 A rundown street corner in Detroit not far from Ford Field.

But let's be honest. There's something to those scenes of decay that captures the imagination of photographers and viewers alike.

Lord knows, I and everyone I know with a camera has shot a ton of them. They spoke to a cautionary tale about a beautiful industrial powerhouse laid to ruin by the slow disaster that was globalism, racism, corruption, and neglect.

Detroit was a place where everywhere you looked you'd find mansions with leaded glass windows and handmade tiles left burnt and crumbling. Trees and weeds burst through roofs where auto executives once lived. Factories that put America on wheels sat long abandoned with their windows shattered and brick walls crumbling. Men hung out in gutters. Faded stuffed animals, broken bottles and cinder lay in alleyways of this major American city.

These are images photojournalists combed the world's shitholes to capture. No clear eyed objective look at the city can ignore them, as much as Detroit boosters might wish. But despite these lingering images, things are changing and more is improving than just the murder rate.

In the early 90's Detroit was still going downhill. Houses were being abandoned. And it was never a surprise to find the corner wig or pawn shop boarded up the next day.

It's different now — slowly, but surely, a building is rehabbed into a funky boutique here, a craft brewery there, an artist from the suburbs starts growing kale and tomatoes in a vacant city lot, and quirky businesses take hold of one block and then another. The possibility of a better future even for long time residents becomes more than just a dream. Until Whole Foods and business incubators turned even the notorious Cass Corridor into a hopping district renamed Midtown.

But make a wrong turn and you might find the Detroit I remember first seeing just a few blocks off a main road. The broken-down buildings, the burnt-out houses and the weed-filled yards. Things have improved on the surface, but they don't always go deep.

The US Census lists Detroit as the most impoverished major city in America. Nearly 40 percent of the city's residents live below the poverty line. And it is only one year out of bankruptcy.

It's unlikely the city will ever be what it once was. The scars and wounds are there. But it's nice to see there's been some healing.

Tamar Charney is program director of Michigan Radio. She has a thing about Iceland and a fear of vampires. See her previous commentaries here.