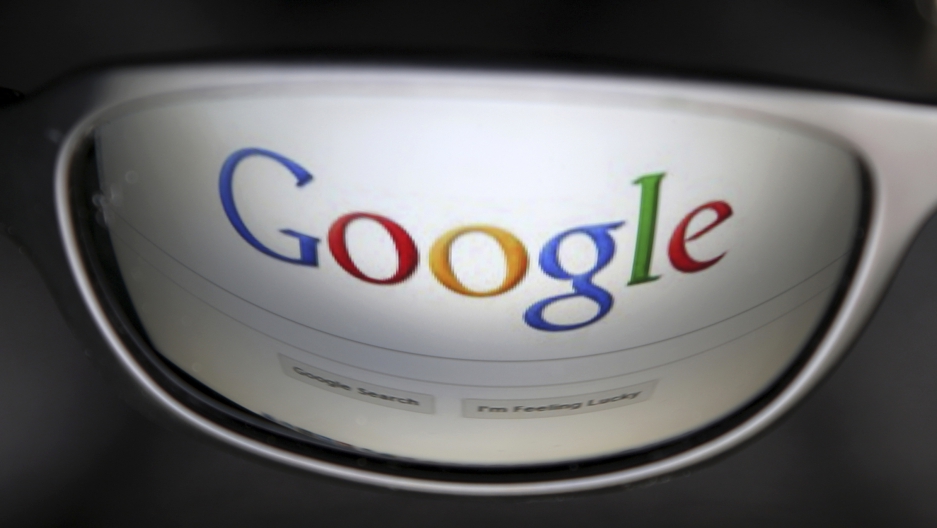 A Google search page is reflected in sunglasses in this photo illustration taken in Brussels May 30, 2014.

Google can be used for a seemingly infinite number of tasks: looking up directions, defining words, shopping for presents, fixing your car. According to some researchers, however, it can also be used to read people's minds.

Economist and former Google data scientist Seth Stephens-Davidowitz calls Google searches “a confessional box” that can gauge public sentiment on controversial views that polls and surveys can’t always measure. After events like the recent attacks in San Bernardino and Paris, it can be used to gauge increasing Islamophobic sentiments.

“Sometimes people type just random thoughts they have into Google,” Stephens-Davidowitz says. “These searches tend to feel like confessionals. They're admitting things that they might not want to admit in polite company or might not tell to a survey. So it gets kind of a different perspective and often, unfortunately, a darker perspective of the human psyche.”

Stephens-Davidowitz and Evan Soltas have been researching the ability of anonymous aggregate data collected from Google to predict things like hate crimes against Muslims.

“When people type very disturbing searches like ‘kill Muslims’ or ‘I hate Muslims,’ hate crimes against Muslims are higher. There's a clear relationship on weeks when these searches are higher — there are going to be more anti-Muslim hate crimes,” Stephens-Davidowitz says.

Their research in recent weeks has shown a disturbing trend. Anti-Muslim Internet searches are at levels not seen since 2001.

“This means we predict that anti-Muslim hate crimes are at levels not seen since the aftermath of September 11 right now, because these nasty searches about Muslims have shot up recently,” Stephens-Davidowitz says.

Soltas and Stephens-Davidowitz were able to test their hypothesis recently during a speech given by President Barack Obama.

“The speech was very moving. He talked about the importance of not judging people based on their religion,” says Stephens-Davidowitz. “We got very excited, like ‘Oh let's see how the searches have responded to these well-meaning words.’ And we found out disappointingly and disturbingly that, if anything, it seemed to just provoke the angry mob or provoke intolerance. That searches for ‘kill Muslims’ shot up three-fold ... so, if anything, it seemed like Obama's speech, on average, backfired.”

Later in the speech, however, Obama spoke about Muslim Americans as sports heroes and people who were willing to die for the USA.

“After that line, for the first time in a year, the top noun search with Muslims was not terrorists, extremists or refugees — it was athletes,” Stephens-Davidowitz says. “So that had more positive effects.”

“It is like a confessional and people are telling things I don't think many people are going to tell a poll,” Stephens-Davidowitz says. “When you look at it anonymously, in aggregate, you really do get a really unprecedented view into the mind.”