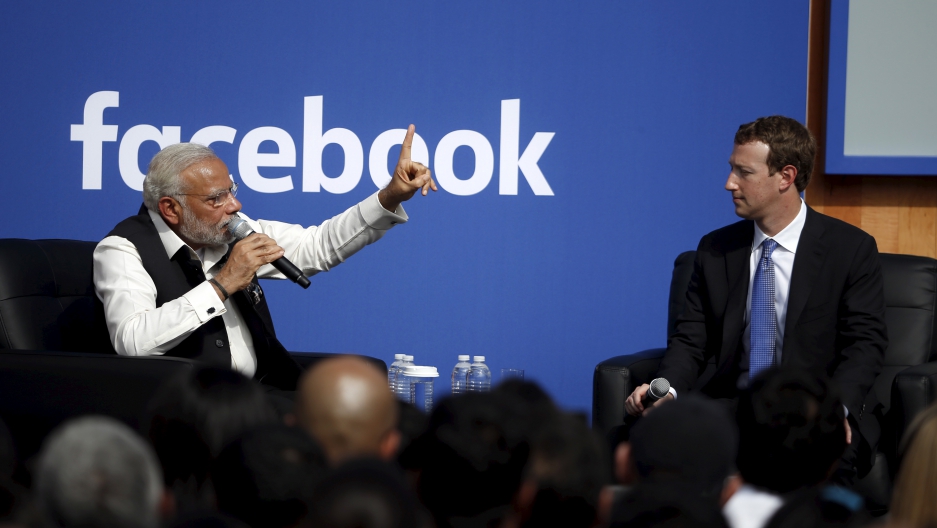 Free access to the Internet might sound like a nice holiday gift — especially in developing countries, where billions of people still can’t get on the web.

But in India, when Facebook tried to give away limited Internet access through its “Free Basics” app, activists said they didn’t want it. In fact, they attacked the social media giant for violating the core values of the World Wide Web.

India’s government seems to think that those activists have a point. This month, Indian regulators placed a temporary ban on “Free Basics.” Today, Egypt blocked the app too.

Facebook has offered lofty explanations for its “Free Basics” service, which is a rebranded version of a project called “Internet.org.” Mark Zuckerberg argued that increasing access to the Internet is a “moral responsibility.” He called “Free Basics” a first step toward “digital equality.”

However, Facebook’s app may be more about marketing than morality, according to Bhaskaran Raman. “They’re pitching this whole thing as if it’s charity for the poor,” says Raman, who’s a professor at the Indian Institute of Technology, Bombay. “That doesn’t sit well with me.”

If Facebook solely aimed to expand Internet access for the poor, says Raman, “you can provide free basics in a lot of other ways. For example, Facebook can just provide 50 or 100 megabytes for their data connection free every month.” Instead, “Free Basics” allows access to only those online services that agree to share data with Facebook. That means no Google, Amazon or Twitter.

Raman and his fellow campaigners recently helped write a petition that accuses Facebook of violating the principles of net neutrality, which could create unfair competition online.

The debate over Internet access in India might seem a little esoteric. But according to Vishal Misra, a professor of computer science at Columbia University, India is looking pretty attractive to tech companies. “India added 100 million Internet users last year,” Misra says.

India’s influence in the tech world, says Misra, might also affect the global fight for net neutrality. “I think this is ground zero for that battle, and whatever ends up happening in India will definitely act as a precedent for other parts of the world.”

Facebook is trying to adapt its service to meet the needs — and demands — of its potential users. But regardless of what happens to “Free Basics,” the debate in India has made it clear that the developing world remains a relatively untapped market of future Internet users. Both companies and citizens will have to fight over how that market should work.

A previous version of this story misspelled Vishal Misra's name.