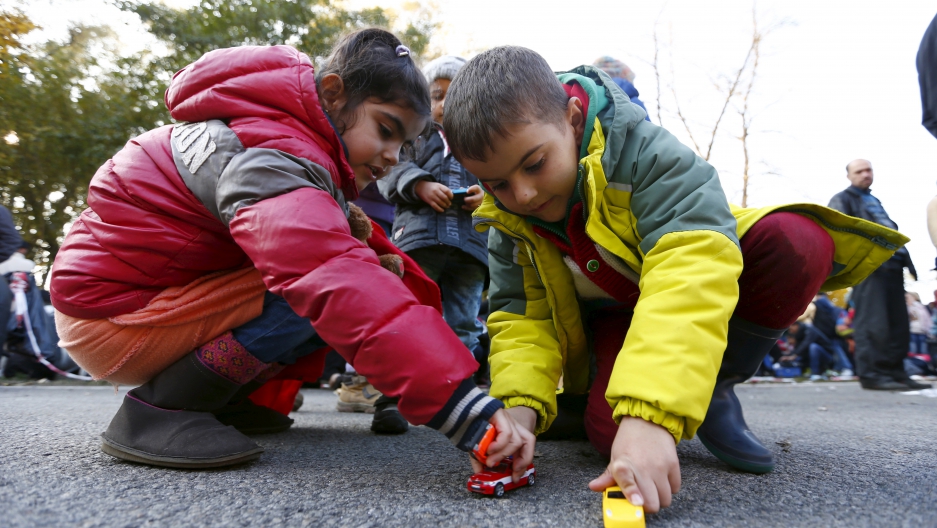 Syrian playmates lay along the street after arriving with their family. Chancellor Angela Merkel was criticized and praised over her management of the refugee crisis. Germany is taking in more migrants than any other EU state.

More than a million migrants and refugees arrived in Europe by sea in 2015, according to the UN refugee agency.

And Germany was the destination of choice for many of them, particularly Syrians, whose country is in the midst of a civil war. The German government's open arms policy and a decision by Chancellor Angela Merkel to grant asylum to Syrian refugees also made Germany a desirable choice.

Merkel received both praise and criticism for her actions. But growing concerns over the cost of providing housing, food and education for so many people are taking a toll on the German public.

In the Bavarian town of Abensberg, estimated population 14,000, nearly 200 refugees have moved in. But the welcome mat is starting to disappear.

"Of course we must help the refugee, but we must take fewer economic migrants," says resident Leonhard Salleck.  He's the current owner of Kuchlbauer Brewery in Abensberg. "The politicians say they'll fill the gaps in the labor market. But the truth is, of a million people, only a third will get a job. The rest will be a burden to the welfare system."

That assertion is far from fact, but it's a widely held belief.

Still, Chancellor Merkel will reportedly ask Germans, in her New Year's address, to look at the glass as half-full and to view the influx of refugees an opportunity for the future, says the BBC's Jenny Hill.