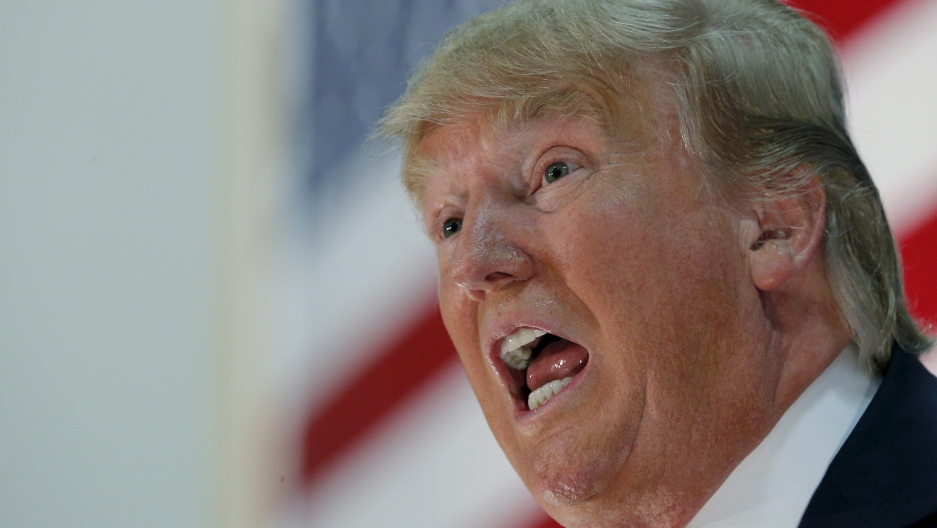 Remember when Donald Trump said he wanted to ban all Muslims from entering the United States and then hundreds of thousands of Brits were all like: How about WE ban YOU?

Well, those Brits have just been given some hope the UK government could act on the idea.

Less than a week after reportedly Islamic State-inspired attacks in San Bernardino, Trump issued his incendiary call for a "total and complete shutdown" of US borders to Muslim travelers until lawmakers could "figure out what is going on."

The next day, Dec. 8, a petition went live on the UK Parliament's website demanding unequivocally: "Donald J. Trump should be banned from UK entry."

"The UK has banned entry to many individuals for hate speech. The same principles should apply to everyone who wishes to enter the UK," reads the petition, which remains open until June 8, 2016.

"If the United Kingdom is to continue applying the 'unacceptable behaviour' criteria to those who wish to enter its borders, it must be fairly applied to the rich as well as poor, and the weak as well as powerful."

More from GlobalPost: The 5 European leaders most likely to be Donald Trump's soulmate

The office of the home secretary responded Wednesday on behalf of the government, and it offers a glimmer of hope to those 565,000 petitioners and those who sympathize with them.

Here it is in full:

"For good reasons the Government does not routinely comment on individual immigration and exclusion decisions.

The Home Secretary may exclude a non-European Economic Area national from the UK if she considers their presence in the UK to be non-conducive to the public good.

The Home Secretary has said that coming to the UK is a privilege and not a right and she will continue to use the powers available to prevent from entering the UK those who seek to harm our society and who do not share our basic values.

Exclusion powers are very serious and are not used lightly. The Home Secretary will use these powers when justified and based on all available evidence.

The Government recognises the strength of feeling against the remarks and will continue to speak out against comments which have the potential to divide our communities, regardless of who makes them. We reject any attempts to create division and marginalisation amongst those we endeavour to protect."

A petitions committee in the House of Commons will decide next week whether to hold a debate on the Trump question, the BBC reported.

While we wait for news from Parliament, half a million Brits and millions of humans on the internet are basically like this: