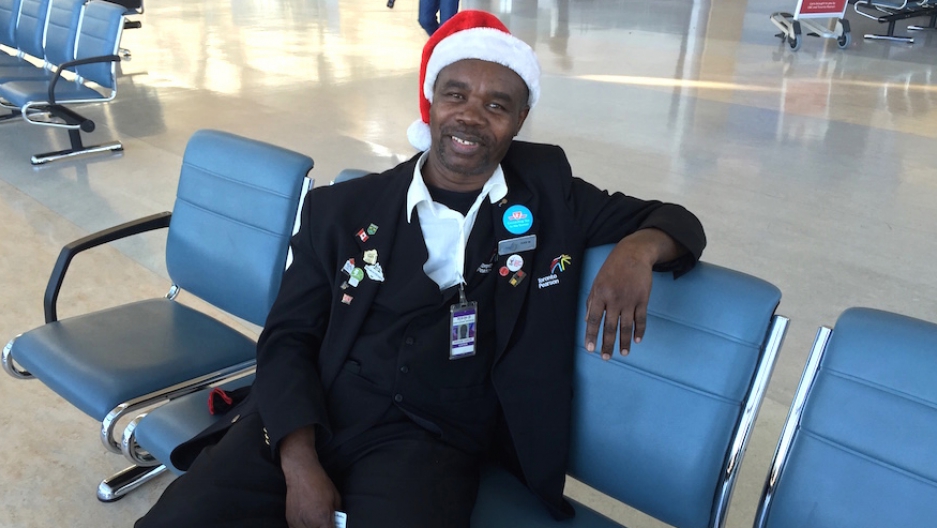 Ivan Watson greets travelers at Toronto's Pearson Airport with a smile, and often a song. It's not what you usually get as you wait to get through airport security.

Most travelers dread going through airport security, with its long lines and tedious protocols. And during the holidays, it can be extra dreadful.

But baggage handler Ivan Watson at Toronto’s Pearson Airport tries to make things a bit easier for the thousands of strangers who pass by him every day.

Watson spends his eight-hour shifts inside terminal one, processing check-in luggage, all while singing to passengers as they trudge through. He regales them with everything from PSAs set to the tune of “Holy Night” ...

… to well-known rhymes that might cheer up the most travel-weary of children. He first began singing on the job when he came across kids who wouldn’t stop crying.

“I started singing to the kids and the kids stopped crying,” Watson says. “From then on I start to sing ... to everybody.”

Watson, who immigrated to Canada in 1987, says singing was a way of life for him back home in Jamaica.

Growing up in Jamaica, he says he was never allowed to pass someone on the street without saying good morning or good evening. That neighborhood lesson from his childhood has stayed with him today, as he watches thousands stream through the busy airport.