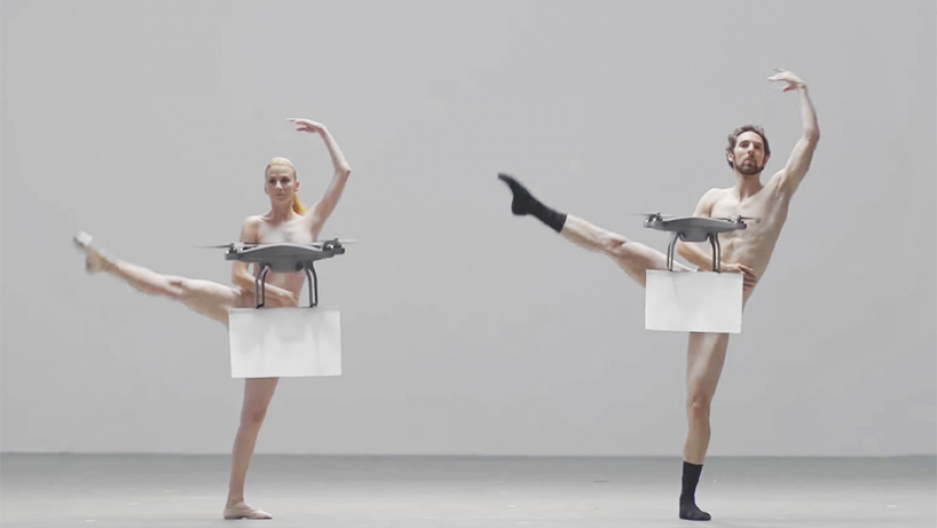 Drones are becoming more common on movie sets, and directors attach cameras to them to get aerial footage that would have been impossible -- or at least prohibitively expensive.

But for a surprisingly artful Japanese television commercial, drones are being used not to hold the cameras, but rather to block the cameras from showing what might upset some delicate sensibilities.

A new commercial for Buyma, a Japanese clothing retailer, opens on a stage where a male and female ballet dancer, both nude, are on stage. As they begin to dance, at just the moment when their naughty bits might be revealed, small drones with sheets of white paper zoom into the frame. As the dancers race and twirl across the stage, the drones are equally well-choreographed, and keep them covered -- if just barely. It is reminiscent of feather dances of yore.

In the US, drones are easily obtained from stores like Amazon, and the Federal Aviation Administration now requires owners to register them.

One obvious concern about drones is that they fly under the radar, and for the Japanese commercial, they allow flying under the radar of television censors. As in the US, nudity is forbidden on television.