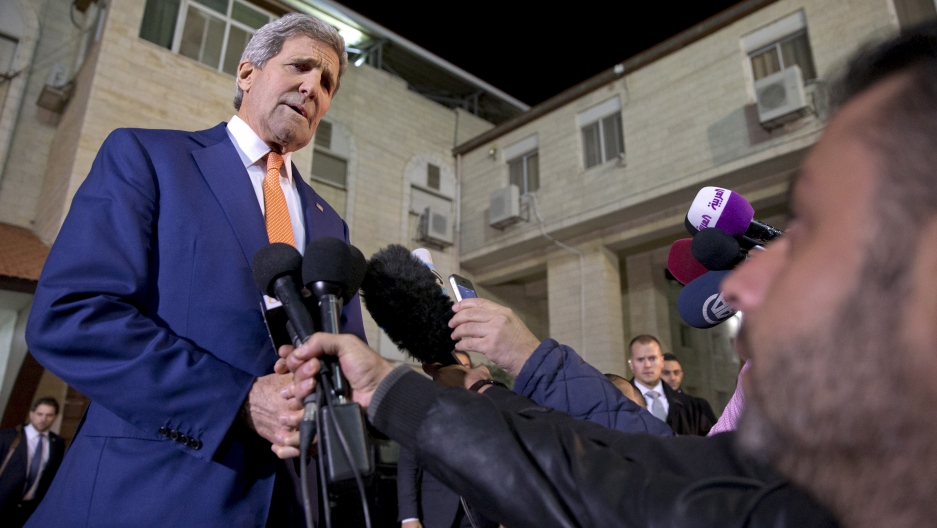 Working as the Middle East correspondent for the Los Angeles Times sounds like something out of a movie. The problem? That movie sounds a lot like Aladdin.

Following widespread criticism, The Times on Tuesday revised its recent job posting for a Middle East correspondent. The original posting said the reporter would need to be “capable of plunging into these ancient and dazzling cultures” and capture “their capability for brutish violence.”

“The successful candidate will be the one who avoids the office and wanders the back roads; who will leave the others to tally the daily mayhem and bring us stories we will not have the power to forget,” the posting had read.

The Internet's response had been swift. And harsh.

Reporter Sarah Moawad wrote that “while the LA Times clearly needs to have a chat with whoever is writing its job ads, the incident underscores some much deeper problems. It highlights a continuing trend of intellectual and journalistic laziness when it comes to the Middle East.”

The LA Times might as well base its next Middle East correspondent in Agrabah based on this job ad: https://t.co/PSJpqVCw3S

The @latimes is looking to hire Lawrence of Arabia for its Middle East correspondent, apparently. Via @AndrewMLeber pic.twitter.com/itZxX6DUjZ

It's barbaric, but hey, it's home! Thanks @latimes let us know when you find your new Agrabah correspondent https://t.co/2loChMJfAZ

Kim Murphy — the newspaper's foreign and national editor — said in a statement Tuesday afternoon that the job posting was revised because the LA Times didn't want to imply that Arab and Persian cultures have a propensity for violence.

"Of course that was never the intent — we see across America every day our own culture’s well-honed capacity for brutality. But any Middle East reporter these days is going to have to explore the degree to which ISIS’s theatrical use of violence is terrorizing citizens of the region and setting up a tense debate around the world about the use of murder in the name of a fundamentally peaceful religion," Murphy said.

Borzou Daragahi, who used to be a Middle East correspondent for the LA Times, said he mostly just found the job posting funny.

“Much of the job is just going to be scrambling around, putting your finger into leaks in various dams. You’re going to be in damage control mode,” he says. He currently works as a Middle East correspondent for Buzzfeed.

The LA Times has had to seriously slim down staff overseas in recent years, Daragahi explains. So, that description sounds like a much more glamorous job than what it is in reality.

“In the Middle East there’s a lot of bureaucratic work: getting permissions to do this, getting a permit to do that, dealing with your residency in countries that have massive bureaucracies, getting accreditation for an election, and so on.” In reality, journalism is a lot more logistics and paperwork, he says.

So much for avoiding the office and wandering the backroads.

One of the main criticisms of the ad is that it conforms to an idea that scholar Edward Said called ‘Orientalism,’ which he characterized as an often exoticized and festishized Western view of the Middle East and Asia.

“That view of the Middle East as this sort of fascinating, dazzling place that still mired in the past is rather outdated and quaint,” Daragahi says.

But he doesn’t blame the editorial arm of the LA Times for the misguided first posting. Instead, he says, it was likely written too fast by someone in the human resources department. He says he has a lot of respect for the members of the foreign staff on the paper.

In fact, he says coverage of the Middle East in general is better quality than when he started as a correspondent in the region 13 years ago.

“I think there are more and better people out here now,” he says.