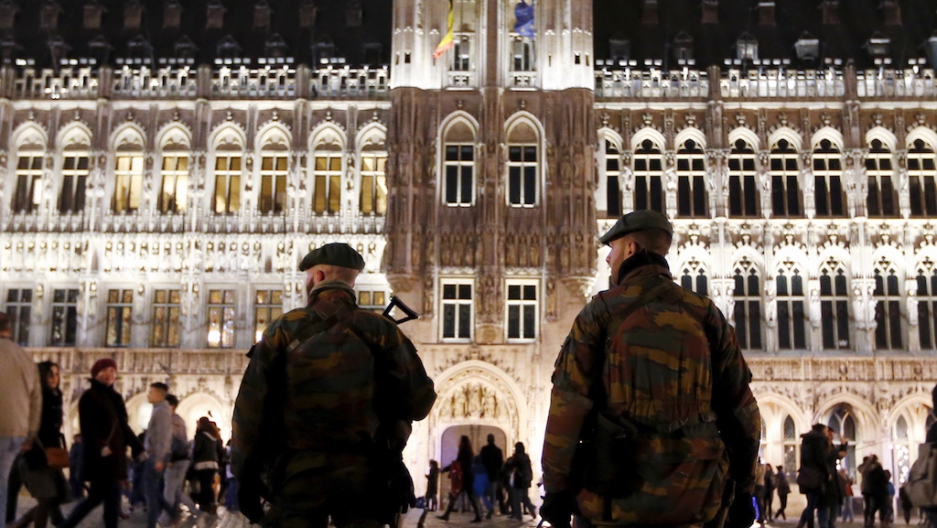 Here’s the good news: 2016 will get off to a less terrible start than it might have done.

Police in Belgium have arrested two people they accuse of plotting imminent terrorist attacks. The suspects were allegedly planning to target multiple “emblematic sites” across the capital, Brussels, two days from now — on New Year’s Eve. The arrests are not linked to the attacks in Paris last month, Belgian authorities said, though propaganda for the group that was behind those murders — the Islamic State — was seized in the raid.

So that’s a relief, of sorts. Now just don’t think about the fact that IS continues to hold ground in Syria and Iraq, that we’re in the middle of multiple refugee crises, that police shooting dead a 12-year-old kid in a park isn’t deemed worthy of criminal charges in the US, that extreme weather is wreaking havoc everywhere from Australia to Paraguay to the UK to the US, and 2016 is shaping up to be a very good year indeed.

In just a couple of years, the Islamic State group has achieved something that others can only dream of: instant brand recognition.

Whether you call them IS, ISIS, ISIL or Daesh, people the world over know exactly who you mean. Other factions might spend decades to get just a fraction of the attention. So when they see how Western hackles rise at the mere mention of Islamic State, why wouldn’t they want to grab some of that ill-gotten fame for themselves?

In the Philippines, some enterprising gangs are doing just that. Abu Sayyaf, a group infamous regionally for kidnapping foreigners and extorting locals, has pledged allegiance to IS. Its members claim their goal is establish an independent Muslim state. But those who know how the gang operates say that alliance is pure theater.

They’re certainly violent. They’ve been tied to jihadist movements before. But a terrorist cell, trained and equipped by a global network of jihadis? That they ain’t. “The only time they became observant, praying multiple times a day, was when their cell phones ran out of charge,” one of their former hostages tells GlobalPost.

“They’re just criminals attaching themselves to a well-known name.”

China’s president is fresher than your president.

That’s what the Communist Party wants you to think, anyway. Its propaganda masterminds have released a rap video in which President Xi Jinping spits such unforgettable lines as “Every corrupt official must be prosecuted,” and “Only the daring will prevail at key stages of reform.” Ok, so those are actually excerpts from Xi’s speeches that are sampled over beats by a little known Chinese rapper, Wu Wenduo. Have a listen. It’s weirdly catchy, and probably quite rousing if you understand Chinese. The Grammy is surely on its way.

While we’re on the twin subjects of music and rebellion, let’s pour one out for Ian Kilmister, better known as Lemmy, better known as the legendary bass-playing frontman of British metal band Motörhead. He died suddenly of cancer at the age of 70, his bandmates confirmed last night.

“Play Lemmy’s music LOUD,” they urged in a Facebook post announcing his death. “Have a drink or few. Celebrate the LIFE this lovely, wonderful man celebrated so vibrantly himself.”

Fans of rock’n’roll, heavy metal, banging bass lines and life have been doing just that.