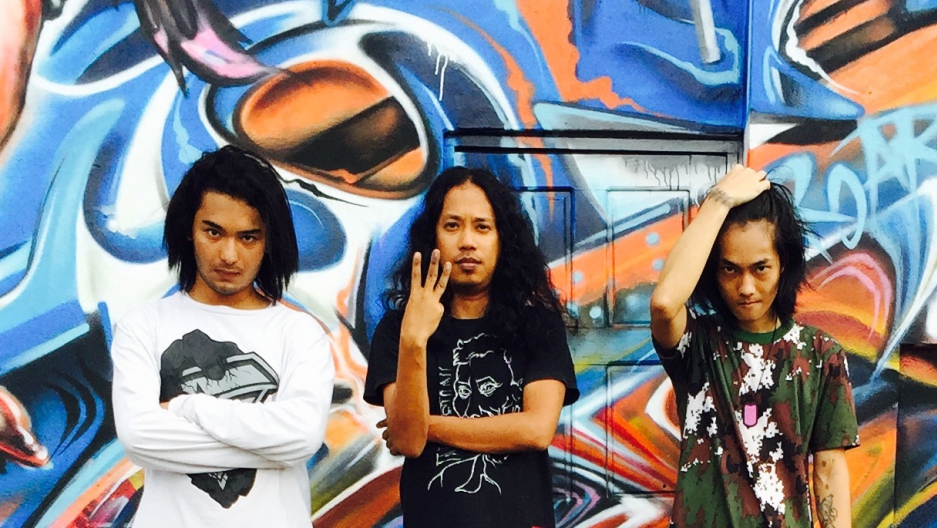 When Kyaw Moe Khine was in 9th grade, he told his parents that he was an atheist. His parents didn’t quite get it, he says.

They didn’t even know what atheism meant.

Kyaw Moe Khine, who goes by the name “Bart,” is from Myanmar, frequently referred to as Burma, and it’s a pretty religious place. Most Burmese are Theravada Buddhists, but there are also plenty of religious minorities that have been there for centuries, from Catholics to Muslims of diverse origins all over the country.

Bart says now that he’s 19, his mom knows about atheism, but she still hasn’t come to terms with his new “faith.”

Occasionally she still says things to him like, “You're going to burn in hell! Allah’s going to punish you!”

Bart was raised Muslim, but even as a kid he questioned everything: in Islam and the Quran, and in the Buddhism around him. He even read the Bible to see what it had to offer.

But he says in all of these faiths, people seemed as if they were just robotically following rules, mostly out of fear; and the rules didn't make sense in the modern world.

He did find some kindred spirits, though.

“When you read people like [Friedrich] Nietzsche or when you listen to people like George Carlin, they're really making a point. And those books are not!”

Yes, the George Carlin, who regularly ranted about religion as “utter bulls---.”

Bart wholeheartedly agrees with that.

The first time Bart deliberately broke a religious rule he described the feeling as “emancipating.”

So he kept going.

As you might have guessed, Bart takes his name from the cartoon character, Bart Simpson. And like his namesake, the Burmese Bart has always had a rebellious streak.

It started when he was young. He liked to draw — a lot. (He’s now an artist.) And he was always getting in trouble at school for drawing in books, in class. Teachers would confiscate his drawing pads; sometimes he would steal them back. It was a constant battle, he says.

“That’s where the rebellious nature came from, I guess. The more they me busted me, the more I would react. It became bigger and bigger; from school to religion,” Bart says.

There was something else pivotal in Bart’s experience growing up in Yangon, Burma’s main city.

“In school they would treat Muslim kids differently,” he says. “The teachers and even the kids, they would bully kids. I got bullied for being Muslim.”

While there’s long been anti-Muslim discrimination in the Myanmar, recently, it’s climbed to almost a fever pitch with the growing strength of the Ma Ba Tha, a group of extremist Buddhist monks who’ve been preaching anti-Muslim rhetoric.  There are even new laws prohibiting interfaith marriages, laws primarily enacted to target Muslims. And the Muslim Rohingya population in the West have faced severe persecution.

Bart, himself, has plenty of Buddhist and Christian friends and has for years. But it all made him wonder, “Why am I Muslim and most people are Buddhists? That's the question. Why am I different — in a way that's not… good?”

As an artist, Bart wanted to be different, but on his own terms. Religious rules felt wrong. So did societal ones.

He says since he became an atheist, the game has changed slightly for him.

“Before that, if I met a racist person that doesn't like Muslims, they would treat me in a way. But now, I’m like I don't have a religion, so you guys fight over there. I'm just going to watch and eat my popcorn.”

Bart connected with other Burmese atheists through a Facebook group called Myanmar Irreligion. Though the group isn’t active anymore, they still keep tabs on each other. And Bart estimates that there are now about 50 plus self-described atheists in Yangon.  A few have even spun out a magazine called Curiosity.

“It’s a science magazine. They’re delivering atheism through science. But every time I say it, they’re like, shut up,” he says. “Because if you do it as an atheist magazine openly, people are going to freak out.”

As for his art?

Bart’s still in college but he’s pretty respected in the local art scene as a graffiti artist.

Bart at work (in white shirt). He's a graffiti artist, and one of Yangon's few self-described atheists.

His work has been featured in exhibitions, and he gets commissions for all different kinds of art. He’s part of a graffiti crew that goes by the name ROAR: Release of Artistic Rage.

He says the artist he’s most inspired by and who he’d love to work with is Neil Gaiman.

For a 19-year-old self-described atheist, he’s doing pretty well. Life is good, he says, “except…when it comes to relationships.”

Recently his girlfriend’s mom broke up their relationship. She’s a conservative Buddhist, and as she pointed out, Bart’s parents are Muslims.

He may have taken religion out of his personal life. But in Myanmar, sometimes it can still find him.