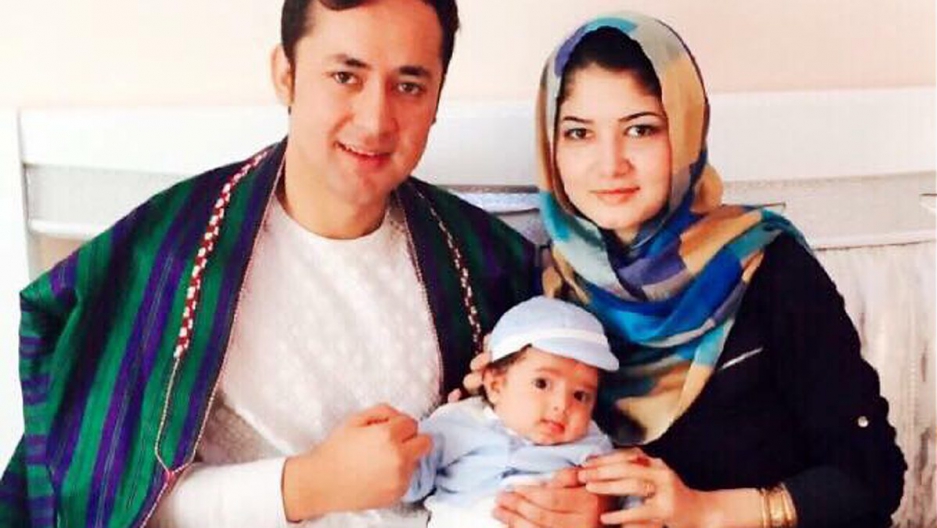 This year, many journalists have spent time analyzing the huge wave of new migrants arriving in Europe from the Middle East and Africa.

It can be easy to forget the human stories behind that movement of people. But for some BBC journalists the story has come much closer to home.

Rustam Qobil is a reporter on the BBC’s Uzbek language service. One of his former colleagues is the young Afghan journalist Sayara Samadi.

Recently Rustam noticed a set of photos appearing in his Facebook timeline. Sayara’s husband, Mohammad Qais Rahmani, was posting photos of the couple’s baby boy, with captions in Arabic script.

Rustam ‘liked’ the photos, even though he cannot read that script. “I remember Sayara’s husband posting — and I just though these were pictures of a happy family."

One of Rustam’s Afghan friends broke the news of what the photos were really about.

“Those captions actually read that they lost their baby in the Aegean Sea, while trying to cross from Turkey to Greece. Their boat capsized and they had to spend several hours in cold waters. And their child died in their hands.”

Sayara had been living in Turkey with her husband and child, studying for a master's degree at a local university, having left the BBC some time before. As far as Rustam and the rest of her former colleagues knew, the family was doing well.

It now seems that Sayara and Mohammad were facing death threats from Afghanistan, possibly related to their work as journalists [Sayara’s husband is also a TV reporter].

“Being a journalist is not one of the safest jobs in Afghanistan,” says Rustam. “And apparently the couple started receiving some threats [while they were living in Turkey].”

When their Turkish visas expired, Rustam believes the couple thought they had little choice but to try to reach Europe.

“I think in desperation they decided to use their last savings to pay smugglers” he says. “They didn’t tell anyone — any former colleagues or friends. And then this tragedy happened.”

Rustam says the disaster has changed the way he and his colleagues at BBC Uzbek look at migration.

“We are shocked, we are still shocked,” he says. “Now we all know what happened to Sayara, you can't believe it could happen to someone you worked with, with such a good education and a promising future. Something that we couldn’t imagine has happened to our colleague. It could happen to anyone.”

The situation for Sayara and her husband is still extremely bleak, according to Rustam.

Sayara is still in hospital in Turkey recovering from the effects of spending hours in the water. Mohammed is in better health, but struggling to cope with the fact that they have no right to remain in Turkey, and face a dangerous future in Afghanistan.

Rustam says he has been in touch with Mohammad by phone.

“He still feels guilty, and he is trying to help Sayara pay for medicines, pay for rent, pay for food. They are in such a desperate situation that it’s hard to know what to do to help or what to do for them.”

Rustam says he cannot see a clear way out for his friends. “There is nowhere else for them to go.”