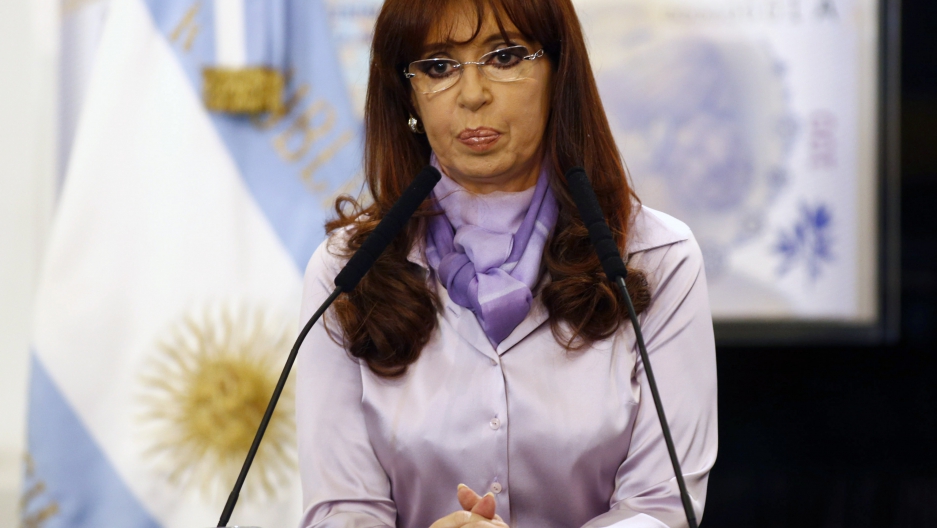 What marks the difference between grandeur and pettiness?

Argentina’s recently termed-out president Cristina Fernandez de Kirchner seems to have her own answer to that question.

Since her Peronist party lost the presidential elections in October, she has been embroiled in a series of questionable spats with her successor to the presidency, Mauricio Macri. The latest: Fernandez de Kirchner has refused to give up the presidential Twitter account.

Instead, she has kept on tweeting and updated the account’s handle, named for the official presidential residence made from pink stone, from @CasaRosadaAR to @CasaRosada2003-20015. Those years reflect her time as first lady, married to President Nestor Kirchner, and then her own eight years in office.

It's unclear why Fernandez de Kirschner felt the need to take the hundreds of thousands of followers that would remain with the institutional account from Macri. She has a personal account with 4.2 million followers, to which she also tweets. Her tweets have raised the ire of many over the years, from racist "jokes" about the inability of Chinese to pronounce the letter "r" to her version of the death of a prosecutor who was investigating her on corruption.

The tensions between Fernandez de Kirchner, a populist lefist, and her conservative, business-friendly successor, a former mayor of Buenos Aires, don’t end there.

She also refused to attend his inauguration on Dec. 10, thus dodging the traditional rite of handing over the presidential sash.

It seems the affairs of the state will survive her slights. It only took Macri a day to hit 100,000 followers on his new Twitter account, though he’ll still need to triple that to beat @CasaRosada2003-2015.

Fernandez de Kirchner, a prolific tweeter, is also ignoring the conventional political wisdom that former heads-of-state should criticize their successors rarely or never.

In fact, she has been using the former presidential Twitter account to churn out dozens of tweets a day questioning Macri’s dismantling of her economic policies, including lifting exchange rate restrictions and cracking down on striking workers.

In this tweet, she implies that the new government is guilty of nepotism, noting that the new head of Argentina’s state-owned satellite agency is the son-in-law of the communications minister.

And in this one, she complains of an imminent “devaluation” in January, which would leave workers poorer.

She even compared the $500 Christmas bonus for seniors that her government gave out in 2010 to the $400 now offered by Macri.

For his part, Macri — or whichever aide it is that writes his tweets — has been avoiding controversy and keeping the tone positive, even bland.

A subsequent tweet typically noted: “Thanks to you, we can begin our work to look after the Argentines.”

David Leveille of PRI's The World contributed to this report. A version of this story was cross-posted by our colleagues at Global Post.