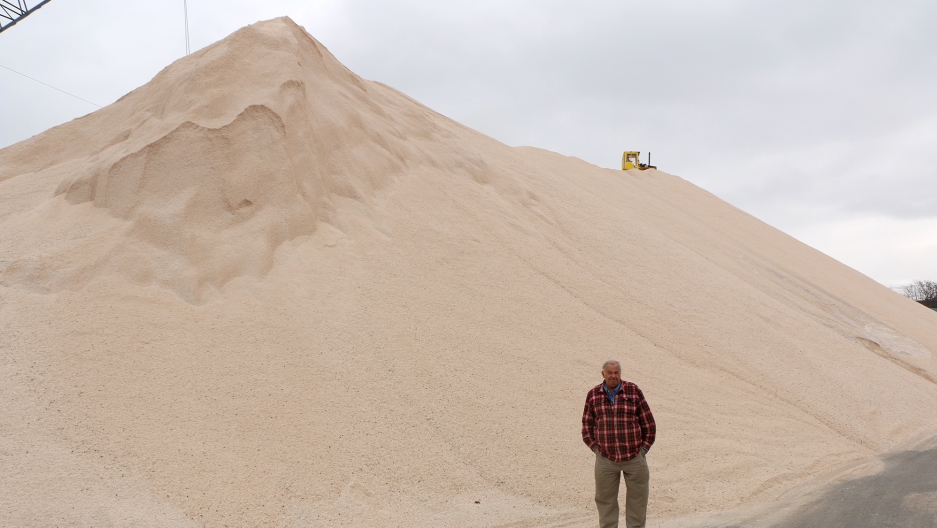 Terminal manager Paul Lamb stands before one of the piles of salt at Eastern Minerals, Inc. in Chelsea, Massachusetts. They bring in hundreds of thousands of pounds of salt every year.

We broke a record here in Boston earlier this year. But we weren’t happy about it.

More than nine feet of snow fell on the city last winter. Nor’easters slammed into the coast on an almost weekly basis. Our public transportation system collapsed. So now that winter’s back, we’re bracing for impact.

One thing we’re going to need is salt, which is where Eastern Minerals, Inc. comes in. At the moment, the facility in Chelsea, Massachusetts (near Boston’s Logan Airport) has about 300,000 tons of salt awaiting distribution across the state to melt snow and ice. “There’s plenty of business around when it’s snowing,” terminal manager Paul Lamb says.

This salt comes from all over the world. “We get [salt] out of Mexico, we get it out of Ireland, and Tunisia — we just got a shipload from Tunisia,” Lamb says.

There are a few mines in the US, but it’s costly to transport the salt over land.  So Eastern Minerals has to look farther afield. The Mexican and Tunisian salt comes from seawater evaporating in the sunshine. The Irish salt is dug out of a dark mine 1200 feet deep. All of it melts the snow just fine.

But most of the salt here is pinkish, and it has traveled all the way from the coast of Chile. 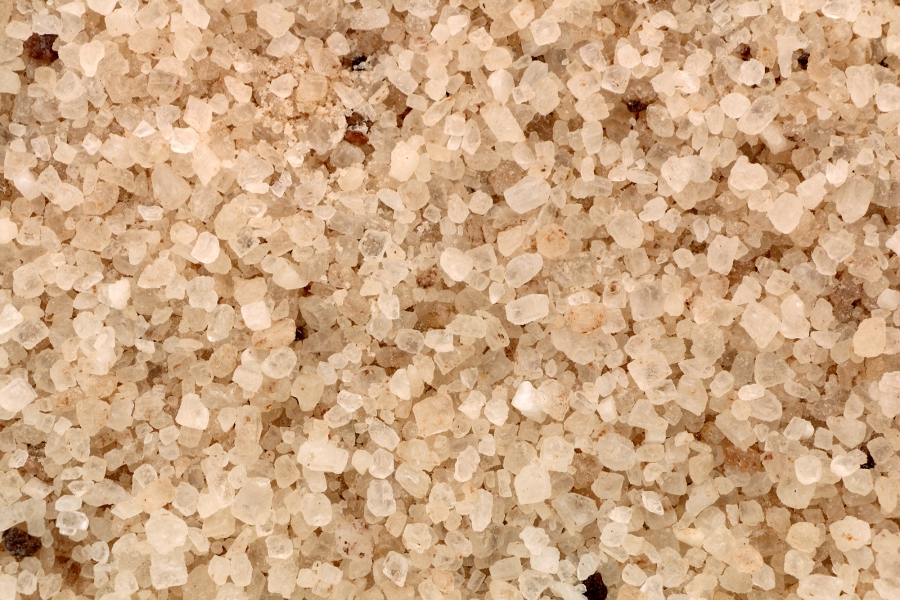 This pinkish salt comes all the way from the Atacama desert in Chile, the driest place on Earth.

“It comes from a mine in the Atacama Desert 4,500 miles away,” says Allison Cekala, a filmmaker who followed the salt’s journey from Chile to Boston.

“The Atacama is the driest place on Earth,” she says. “So it’s this vast plane of salt, and it’s flat, and there’s no plants, no water. It’s a very extreme environment.”

The salt extends for miles, even crossing into Bolivia to the north. It is so bright in the salt desert that the workers cover themselves from head to toe, and wear special protective sunglasses. Once the salt is out of the mine, it is loaded onto a ship that travels for two weeks up the west coast of South America, through the Panama Canal, and up the east coast of North America. As soon as it pulls into the harbor here, the unloading begins.

Parked between a salt mountain and the Chilean ship sits one of the cranes. John Martin, the crane operator, is at the helm, his hands and feet moving expertly over the control knobs and pedals.

“To me, this is like sitting in your living room and playing a video game,” Martin says.

Martin has his eyes on a video screen that shows what is beneath the arm of the crane. A clamshell bucket is suspended from the lines, and he is lowering it into the hold of the ship below.

On the monitor, the bucket lands on the salt in the hold.

“OK, now I engage this closing wire, which closes the bucket on the salt,” Martin says.

Martin hoists the crane and swivels the machine so it is positioned back above the salt mountain. The salt cascades onto the pile below — a soft stream of sodium chloride.

All this salt means that slush, wet socks and shoveling are nearly here. When the snow falls on this facility, however, not a speck of it lingers. It just melts when it lands on this island of desert salt.