"In Nepal everyone likes to eat them because it’s a cold country and this is a hot dish that you can sell off the street,” she says.

But Rimal isn't a professional chef; she's a resettled refugee from Kathmandu, Nepal, who came to New York in 2006.

Like Rimal, Nida Al Janabi is also a resettled refugee in New York. Her favorite dish to cook is one that's treasured in Iraq: dolma — grape leaves stuffed heartily with onions, eggplants, zucchini, collard greens, rice, and meat, all seasoned, she says,  with “special spices.”

Both Rimal and Janabi work as chefs for Eat Offbeat, a new social and business venture in New York City co-founded by Manal Kahi. The idea is to employ refugees in good jobs with benefits to cook the foods of their homelands and deliver it around the city. Eat Offbeat hasn’t fully launched yet, but the company has been doing small catering events and holding tastings to see what dishes people like. They plan on launching their delivery services in January.

“On average, we’re in the kitchen twice a week,” Kahi says, “which means we do one or two events per week.” 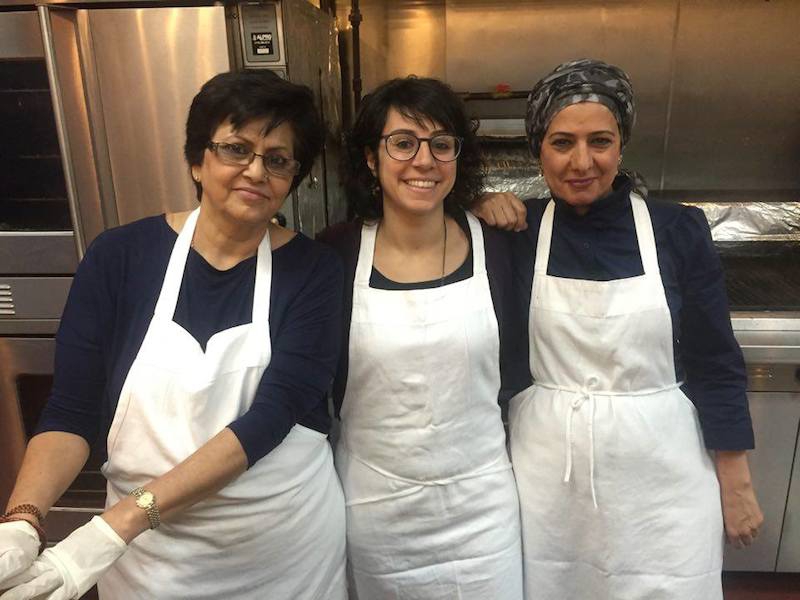 While the social impact aspect of helping refugees find employment is important to Kahi, she understands that it may not necessarily be crucial to their customers.

“What we’re selling is also a discovery, an opportunity to taste food from a country you’ve never been to, or a cuisine you’ve never tried."

Related: 'Nobody knows their story.' She gives refugees a voice.

Originally an environmental consultant in Beirut, Kahi stumbled upon the idea for the business when she came to Columbia University two years ago to study public administration. But the venture isn’t just about selling good food cooked by home cooks.

“My idea had its roots in social impact—providing jobs to recently resettled refugees,” Kahi says.

Three refugee chefs are employed by Eat Offbeat at the moment, and Kahi says the company is in the process of hiring more. When she arrived in New York in 2013, it was the peak of the refugee crisis in Lebanon.

“It wasn’t a ‘thing’ here or in Europe then,” she says, “But since 2011, refugees started pouring into Lebanon from Syria.” 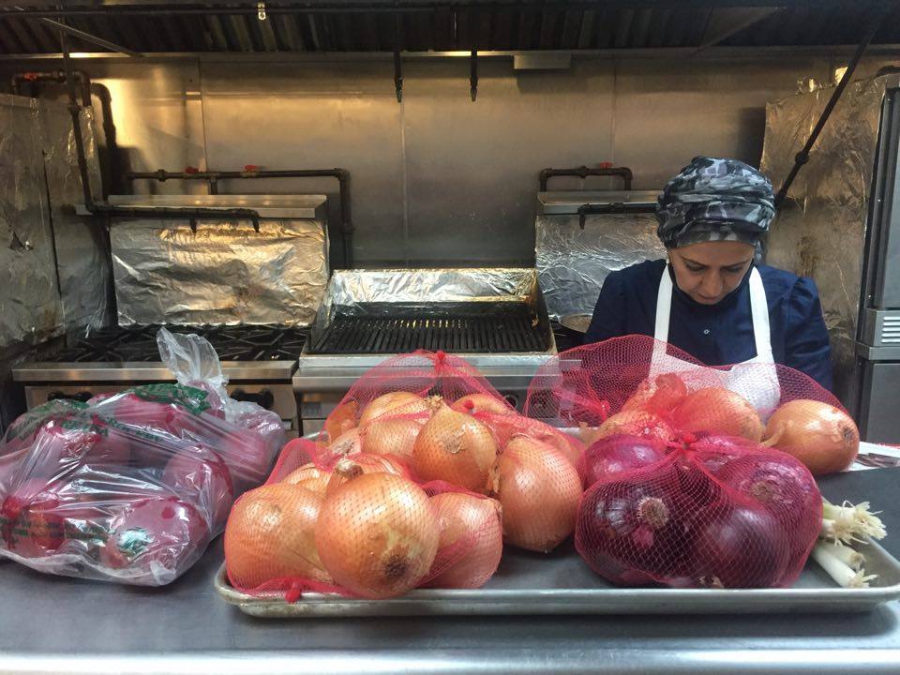 Back home, growing issues in Lebanon had concerned her.

“I felt hopeless, like I couldn’t do anything about it. The situation was really hard.”

When she came to the US, the issue continued to occupy a space in the back of her mind. Another factor that helped solidify her idea: bad hummus.

“In Lebanon, we have very good hummus. The hummus you can buy at supermarkets here? Yeah, it sucks,” she says.

Kahi would often make her own hummus, which received a lot of compliments from her friends in New York.

From there on, the idea started to evolve, and now Eat Offbeat offers a growing myriad of cuisines and dishes, cooked by refugees from different countries.

“The most important key is authenticity, but not just of the food, but also of their experiences,” Kahi says, “it’s all their recipes.”

She and her brother started off with modest funds from friends and family, but received a significant boost after winning a grant from the Tamer Fund for Social Ventures. Kahi is now working with the International Rescue Committee (IRC) to find and recruit refugees for Eat Offbeat.

For Nida Al Janabi, cooking for Eat Offbeat is her first job in New York, and it makes her happy.

“Life here is difficult, and expensive. This is comforting,” she says.

And while this job helps her pay her bills, there is sentimental value in it too.

“I’m proud because what I’m making, the food I’m cooking, represents my country. I’m proud of that.”

Janabi fled from Iraq with her sister and mother and arrived in New York last year. It’s been a tough year for her, being in a strange city and surrounded by people who speak a language she can’t yet fully understand. But “it feels good to cook home food in a foreign country,” she says.

Being able to serve people authentic cuisine from home is gratifying, says Rachana Rimal. Cooking is Rimal's passion. In fact, she has her own website that focuses on sweet dishes.

“When I first came here, it was very very bad for me. Nobody was here, none of my family,” Rimal recounts, “one of my friends here helped me out and I started work as a babysitter. It was a very difficult time in my life, to be away from home and family.”

But now Rimal says she's doing something that she loves. And she has her family to share it with. Rimal’s two daughters and husband are now in New York with her. She also has a son who has yet to come to the US. Her oldest daughter is studying for her master's degree at NYU, while her younger daughter just finished taking the LSAT test.

“She wants to study law at Columbia, that’s her dream,” Rimal says, “and to be here, earning money doing something I love, is mine.”

This story was originally published by The Brooklyn Ink, which is run by the Columbia University Graduate School of Journalism.