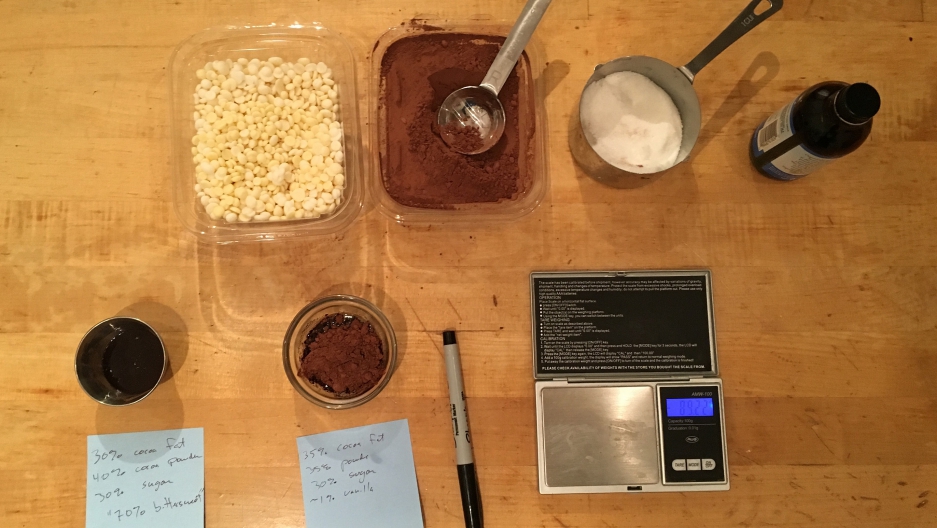 Jeff Potter is a software engineer, but he’s also a kitchen geek who worries we may have lost our knowledge of how to make basic foods — things like butter and vanilla extract.

“I think a lot of that [knowledge loss] happened post-World War II, when it kind of got to two people in the family both in the workplace and the convenience of buying things,” Potter says, “And there is that Space Age excitement of the modern, you know, go to the store and buy something.”

In pursuit of restoring this lost kitchen knowledge, Potter has written a new book, “Cooking for Geeks: Real Science, Great Cooks, and Good Food — Second Edition.” The book talks about how to make sour cream, chocolate bars, rolled oats and vanilla extract, all from scratch. It also includes a number of science experiments related to cooking, some of which can be performed right in your own home kitchen.

Vanilla extract — a baking condiment that most people drop into their carts without a second thought — is one of the ridiculously easy recipes featured in Potter’s book.

“You can just literally take a vanilla bean, slice it open and drop it into small jar with a little bit of vodka. Vodka bean ethanol is a great solvent. And this is this is how you make vanilla extract,” Potter says.

Another recipe in the book is sour cream, a tangy topping for a hot bowl of winter chili.

“Just get some live active cultured yogurt, throw a teaspoon into a container [of cream], stir it up, and basically let it ‘go bad,’ You can let it sit on the counter overnight,” Potter says. “ And the culture from that yogurt will chow down on the lactose and other stuff that's present in the cream to actually make it into sour cream.”

Potter also focuses some of his book on the science of making chocolate, a process that was perfected in the 1870s by Rudolf Lindt, a Swiss manufacturer and inventor who invented a machine to conche chocolate.

“That process [of conching] really takes the cocoa fat, the cocoa butter and sugar and really grinds them together. But before Lindt came up with that process, chocolate was unconched. It had this texture that wasn't smooth, that wasn't really for eating,” Potter says.

For those who don’t happen to have a conching machine at home, Potter has a recipe for making unconched chocolate.

“Grab some cocoa fat, which is the same thing as cocoa butter — about 30-35 percent by weight — some cocoa powder, also 30-35 percent by weight, and the rest sugar. Melt the cocoa butter, throw in the cocoa solids — cocoa powder that is — and the sugar, and mix it up,” Potter says. “It’s gritty, and it doesn’t have that fine texture, but the flavor’s interesting, and it's a fun thing to try.”

Potter features other recipes in his book, and a Sherlock Holmes-style experiment to discover the origins of fruits and vegetables. His main pursuit, however, is to restore some of the science knowledge we’ve lost over the years about how our food is processed and prepared.

“It’s really cool to see where your food comes from, to understand that process,” Potter says. “To kind of pull back the curtain one layer and go ‘How is my food being made? How can I make it? How can I dig into the science behind this a bit more?’”